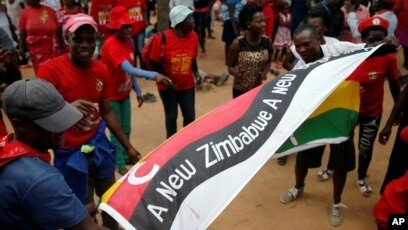 Zimbabwean President Emmerson Mnangagwa has proclaimed March 26 as the date for long-awaited by-elections to fill vacant seats in the National Assembly and various local authorities across the country.

Harare, Zimbabwe  – – –  Zimbabwe elections are once more on the horizon, in which 28 seats are being challenged in long due by-elections.  Zimbabwe has a national assembly of 270 seats, so just over 10% of constituencies are being contested.  There are 118 parliamentary hopefuls, representing 16 parties including: Citizens Coalition for Change, which is running for all seats; MDC Alliance contesting 25 seats; ZANU PF having candidates for all seats.   There are also 119 municipal seats being contested on the same day, 26 March.

The other parties, namely Democratic Opposition Party of Zimbabwe; Federation of African States; Free Zimbabwe Congress; Independent; LEAD Zimbabwe; MA’AT Zimbabwe; National Patriotic Front; Patriotic Zimbabwe; Republican Party of Zimbabwe; United Democratic Alliance; United Zimbabwean Alliance; and Zimbabwe Labour are venturing just 37 candidates, perhaps unfairly averaged at 3 candidates standing per party.  It may seem such proliferation is clear madness in the face of a robust political organisation determined to maintain power for ever!  Fortunately, between them all, they are unlike to sway the vote.

The vibe in this by election is that it is a test between just three principal parties, one of which actually has little hope of gaining any seats, unless through manipulation.  That party is very much the remnants of a coalition between opposition parties, and its survival is spoiled through internecine division, and tainted by apparent, complicit ruling party shenanigans.  So the real match, one may opine, is really between Nelson Chimasa’s Citizens Coalition for Change (CCC) and hegemony snatching, ruling party ZANU PF.

Things are beginning to warm up.  They may only be by-elections, but they are a significant test of the mood of Zimbabweans and certainly a measure of relevance to those parties fielding candidates. Perhaps the by-elections shall be a taste of what may come in the next annual general election in 2023.  It would seem that the ruling party, and its massive security apparatus, courtesy of the tax payer, are moving rapidly into gear.

Clearly, all is not well and the knives are coming out.  The ‘evidence’ to hand, is that police are selectively applying the most restrictive terms to one party, CCC, seen as the major threat, but not the others.  It is so blatantly, and shamelessly, obvious to the casual observer. The party scheduled for a rally, today, 20 February.  Police are demanding that COVID-19 restrictions apply – allowing only 100 to attend the rally, no bussing in, and no “toyi-toyi”. Meanwhile, in the previous week, thousands of ZANU-PF supporters were bussed in and enjoyed unhindered attendance at an Epworth rally.

Some proffer that the restrictions fly in the face of the Constitution, in that supreme law obliges the police to be “substantively fair in all their administrative decision-making”.  They are not wrong.  Partisan police interference in politics is now legend.  Opposition politician and former Senator and Minister for Education, Sport, Arts and Culture, David Coltart, is quoted as saying “The police are clearly terrified of a massive turnout”

Policing of rallies, which in Zimbabwe are perceived as a measure of support by the people, would seem not to be the only card that the ruling party shall be playing.  Already, there is controversy concerning the voter’s roll, illegitimate constituency changes and moving of voters resident at the same address into different constituencies.  Manipulation of the voters’ roll by a very partisan electoral supervisory commission, is now a common modus operandi.  Naturally there is denial and accusations of fake news, but that’s politics.

We are yet to see serious electoral violence flare, although this is a dead certainty in the weeks to come.  Last year in October suspected ZANU PF thugs attacked the convoy of Nelson Chamisa.  There are already reports of “thugs” pitching tents (if indeed true, one might suspect partisan military elements) on the grounds where one party has restricted authority to hold its rally.  Today’s CCC rally is certainly going to be the barometer between peaceful democracy and violent tyranny.

The question is clear.  Can the opposition be allowed a non-violent democratic process in the forthcoming elections or are we in for another lions’ kill?  The odds are already mounting against the former being the case.  Chamisa’s party has a hard fight ahead of it, with many hurdles in its path.  There are no Queensbury rules.  Not only is Chamisa challenging the status quo of ZANU PF supremacy and dominance, but also the ruling party’s surrogate vote catcher (by hook or by crook), namely the MDC Alliance.   There is no projecting of outcomes in this contest…  anything could happen.

Guest Writer Andrew Field is an authority on agriculture, wildlife and recent political and military events in Zimbabwe and other parts of Central and Southern Africa. 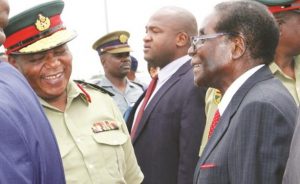 . .  . full agreement about how to deal with opponents.

ON LICE AND MEN

Sadly, the concept of a loyal opposition hasn’t caught on in Zimbabwe. Vice-President Constantino Chiwenga recently issued a chilling warning to the Citizens Coalition for Change (CCC) and its leader Nelson Chamisa, saying ZANU (PF) would crush the party like lice. He was quoted saying -‘I have heard others here saying down with Triple C. Let me assure you there is nothing that it can achieve, you see how we crush lice with a stone?  ‘You put it on a flat stones and then flatten it to the extent that even flies will not make a meal out of it. That is what we are going  to do to CCC.’

Nine years ago, Robert Mugabe had this to say about his main opponent, Morgan Tsvangirai. Speaking in Shona  in August 2013, he said – ‘Those who are smarting from defeat can commit suicide if they wish. But I tell them that even dogs will not sniff at their flesh if they choose to die that way.’ He added – ‘We have thrown the enemy away like garbage. They say we have rigged but they are thieves because of corruption during their time in government. We say to them: You are never going to rise again.’ (From an AP report published in the Washington Post, August 12, 2013)

As mentioned, the idea of a trusted and loyal Westminster-style opposition has not yet caught on in that ill-fated country. And so many of the outraged people who raised hell and invaded Trafalgar Square when Ian Smith insulted and imprisoned his opponents, seem to have lost their voices and mislaid their sandals.