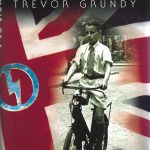 Fascism: Anti-Semitism and an author’s walk down memory lane

Memoir of a Fascist Childhood (William Heinemann, 1998) and Arrow Books (1999). b y Trevor Grundy   Reviews of this 20 plus years old book were published in several…   Read more >