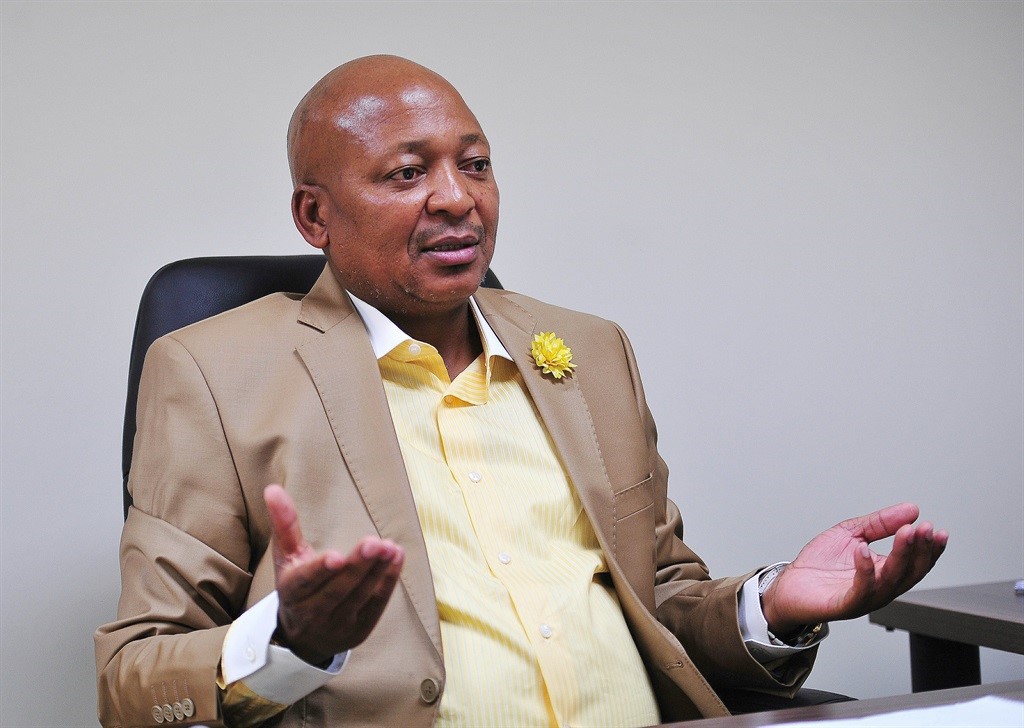 There is growing  support for Nhlanhla ‘Lux’ Dlamini and his put South Africa first protests.

GUEST WRITER OF THE MONTH

Harare, Zimbabwe  – – – On 6 April 2022, a 43-year old Zimbabwean married man, Elvis Nyathi, was brutally stoned, assaulted with knobkerries and set ablaze, after being doused with inflammable liquids, in the squalid Diepsloot[1], working class township of Johannesburg, South Africa.  He did not survive the torment meted out with such ghastly impunity by a xenophobic vigilante mob.  His crime: being suspectedly foreign and failure to produce documents.  The savagery depicted on video went viral.

Nyathi was a simple man, a gardener employed in the suburbs of Johannesburg, a man with four children who had escaped from the economic quagmire and political oppression he found himself suffering in Zimbabwe.  Best estimates are that some three million Zimbabweans have headed south, although more conservative 2018 statistics suggest just below one million. It’s a case of out of the metaphoric pot and into the crucible of xenophobic fire.

Zimbabwe migrations to South Africa have been ongoing for three decades with the principal underlying cause being protracted, basket-case, social-economic and political crisis.  Some perceive very great (and sometimes violent) oppression by the ruling party, ZANU-PF, in its absolute determination to retain power and sustain the agrarian ‘revolution’.  South African unemployment rates are estimated about 35% – Zimbabwean (not considering informal enterprise) is reckoned near 80%.  There is no brain science as to why they flock south. 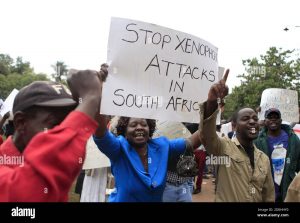 As many as three million Zimbabweans have crossed into South Africa since Robert Mugabe’s disastrous land and economic flights of fantasies ruined his country. Now their  former comrades in South Africa are telling them to depart, and fast.

Some suggest that South Africa has brought upon themselves the ‘scourge’ of Zimbabwean migration to their land.  Roll back a few years and the flaccid ‘quiet diplomacy’ of then South African President, Thabo Mbeki.  After declaring an abundantly unfair and rigged election free and fair, Mbeki entirely toppled the chances of an enthusiastic opposition to ascend to power.  At the time, Ken Nessy, Cape Town’s Mail and Guardian wrote:

In November of 2017, Zimbabweans rejoiced with great glee, when Robert Mugabe was deposed by his once long-time bag carrier (gwadaposto), Emmerson Mnangagwa.  The ensuing euphoria even had white Zimbabweans dancing in the streets.  A new hope had dawned; there was optimism on the horizon for a return to economic normality and that would draw back home Zimbabwe’s sons and daughters from the hostile south.  It was not to be.

South Africa is no stranger to xenophobia.  In that country, it is a term used to describe a blanket hatred of most, but more specifically black migrants, from the north. Its deeply akin to racism, at which South Africans currently excel on the political fringe, and which presently manifests itself in ongoing murder of the boers (white farmers).  Rather than skin colour, the emphasis is on birth origin or nationality.  Zimbabweans and Mozambicans have been the principal targets. 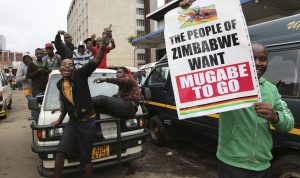 The beggars have changed horseback but the lash goes on the same.

In May, 2008 wide spread, community led, xenophobic attacks on foreigners, breaking out in the Alexandria township of Johannesburg, resulted in the deaths of 62 people.  This had rapidly spread to all nine provinces, suggesting a generally deep malaise and culture of aggression.  At best, South Africa was embarrassed, but clearly in denial.  In April 2015 further attacks against black foreigners and their interests took place in Durban and this extended to Johannesburg and later, in October that year, to the Eastern Cape.

And so it seems, there is a seven-year cycle in play.  South Africa has become a dangerous destination for black migrants from the north, and yet they continue to pour in through porous borders.  In recent months a new movement has emerged, Operation Dudula (meaning repel or push back and a splinter group of “Put South Africans First”) focusing its diatribe on foreigners.  It has, not surprisingly, garnered widespread, some suggest skyrocketing, support from indigenous South Africans.

Its leader, Nhlanhla “Lux” Dlamini sporting military fatigues and dark glasses, fashionably vogue for African strong men, led protests through Soweto in June 2021 (on the 45th Anniversary of the Soweto Uprising).  Quite symbolic by anybody’s imagination. No doubt, indirectly, he and many others may have the blood of Nyathi and aroma of fuel on their hands. 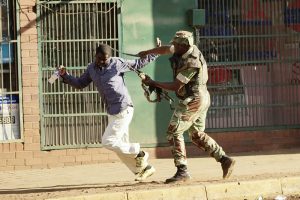 Operation Dudula protest marches in South Africa have been very well supported, but were followed up by response anti-xenophobic and migrant group demonstrations in the week following.  Dlamini has raised the ire of radical racist organisation, Economic Freedom Front (EFF); which has suffered the alienation of some members and support.  Perhaps there is some irony in the fact that EFF are proponents of a ‘One Africa’ black brotherhood, but that kind of doesn’t work for South Africans, baying for blood, who are being perceivably usurped by their foreign brothers, right now!

Much has been written in academic circles and the media about the underlying cause and apparent South African exclusivity in the phenomena in recent times.  It is clearly a complex subject and unlikely to be resolved any time soon by the ANC government pandering to its neo-liberal captors.  South African leadership has in fact been in great denial accusing criminal elements for the disturbances.

The people place blame on permeable borders and poor service delivery in border policing and controls. There was great demand, the data shows, by most South Africans for documentation of migrants, but this failed, because migrants themselves greatly feared documentation or the perceived consequences of failing registration.

Competition with migrants for jobs and housing is understandable, once the flood gates open, and one dares to say the Europe has the same problem.  One may opine that intelligent Zimbabwean migrants in particular take with them some remarkable entrepreneurial skills and they are quick to establish themselves in informal business; trading stores etc., which become the envy of indigenous vigilante styled groups.  This is not to deny that some of them do turn to crime.  There is a perception of unfair advantage with the grudge that locals deserve better than immigrants. 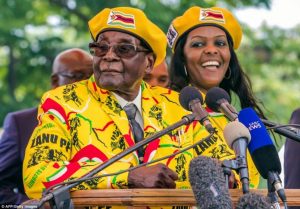 Like a couple of clowns in a circus, Mugabe and his missus stuck to the Zanu (PF) policy of  divide and fool until  Zimbabweans said ‘enough’ in 2017.

The hypothesis is that poverty brings hostility towards “out-groups” being triggered by economic deprivation.  Poverty is global; as is that of relative deprivation, and frustration with government, but perhaps South Africa has a uniquely inadequate and morally bankrupt administration along with pathetic leadership.

Interestingly, townships affected by xenophobic eruptions are not necessarily the poorest. This is where the ballot box and not necklacing[3] should come to play, yet South Africans keep returning the ANC into power.  Symbolic threat (religious and cultural differences) was found to have no significant impact on South African xenophobia.

Perhaps of all the causes listed by Classens, mobilisation has been a key factor in the South African scenario.  Stoking up emotional South Africans with perceived threats is as easy as pie.  He says in his study,

“Anti-immigration violence requires collective action, and one of the foremost explanations for participating in collective action is the extent to which individuals are subject to mobilising forces”

South Africa has not been without is leaders promoting all forms mobilisation. Service delivery protest has been well manipulated. Perhaps the most renowned is the anti-white racist agitator (hatred personified), Julius Malema of the EFF, who is presently attempting to foment political opportunity over the now cindered bones of Elvis Nyathi.  He has pan-Africanist ideals and has come out in favour of the migrant and anti-xenophobic community.  Perhaps a temporary blessing for white South Africans; victims of his usual racist bullying and vitriol. 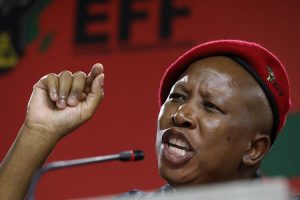 South Africans of all ethnic groups believe it’s time Julius Malema and people who imitate his ‘strongman’ act to EFF off.

His opposite, Dlamini, has vowed to continue the onslaught in the wake of Nyathi’s brutal murder. He is demanding documentation or deportation of illegal migrants, jobs and housing first for South Africans, adding smears of migrant criminality being responsible for South Africa’s criminal woes.  The list goes on, but essentially this mobilization of the Dudula movement is going to have serious negative impact on migrants, unless quickly suppressed.

The Dudula movement may well be summing up the people’s frustration with the ANC government’s inadequate post-apartheid transition, arousing palpable anger against the regime.[4]  But that is not the fault of immigrants.

Perhaps the social sciences are missing the real point, which nobody wants to say, and that is that too many South Africans have a nasty culture of violence and destruction when thing do not go their way, complimented by a complete breakdown in effective policing and law and order.  Migrants are just the very unfortunately scapegoats, and are paying with their lives. It became simply too easy to blame it on apartheid.

One may sympathise with a popular view that it is the corrupt elites who are responsible for this debacle, and not the very victims of this violent embarrassment.  This does not bode well for migrants, since the ANC government is unlikely to gear up to the problem in the near future.

Rest in peace Elvis Nyathi, one hopes your unnecessary demise sews the seeds of good old fashioned morale re-armament and an awakening of lost souls.  South Africans should bow their heads in shame.

[1] Diepsloot (derived from the Afrikaans term for deep ditch) is a working class suburb in the gold mining district, Johannesburg Metropolitan Municipality.  It is renowned for its violent crime.  The township was formed in 1995 by mostly squatters moved from Zevenfontien.  While government has invested in housing as part of a reconstruction and development programme, the suburb is literally has the appearance a squatter camp in places.  It draws in foreign black migrants escaping tyranny and seeking economic improvement.

[3] the term used for extrajudicial killing with tyres and inflammables;

Trevor Grundy writes: ‘Andrew Field is one of Southern Africa’s best- respected political and economic commentators and a recognised expert on Zimbabwe’s  past and present agricultural programmes.