More die in Britain as police warn of a long, hot violent summer 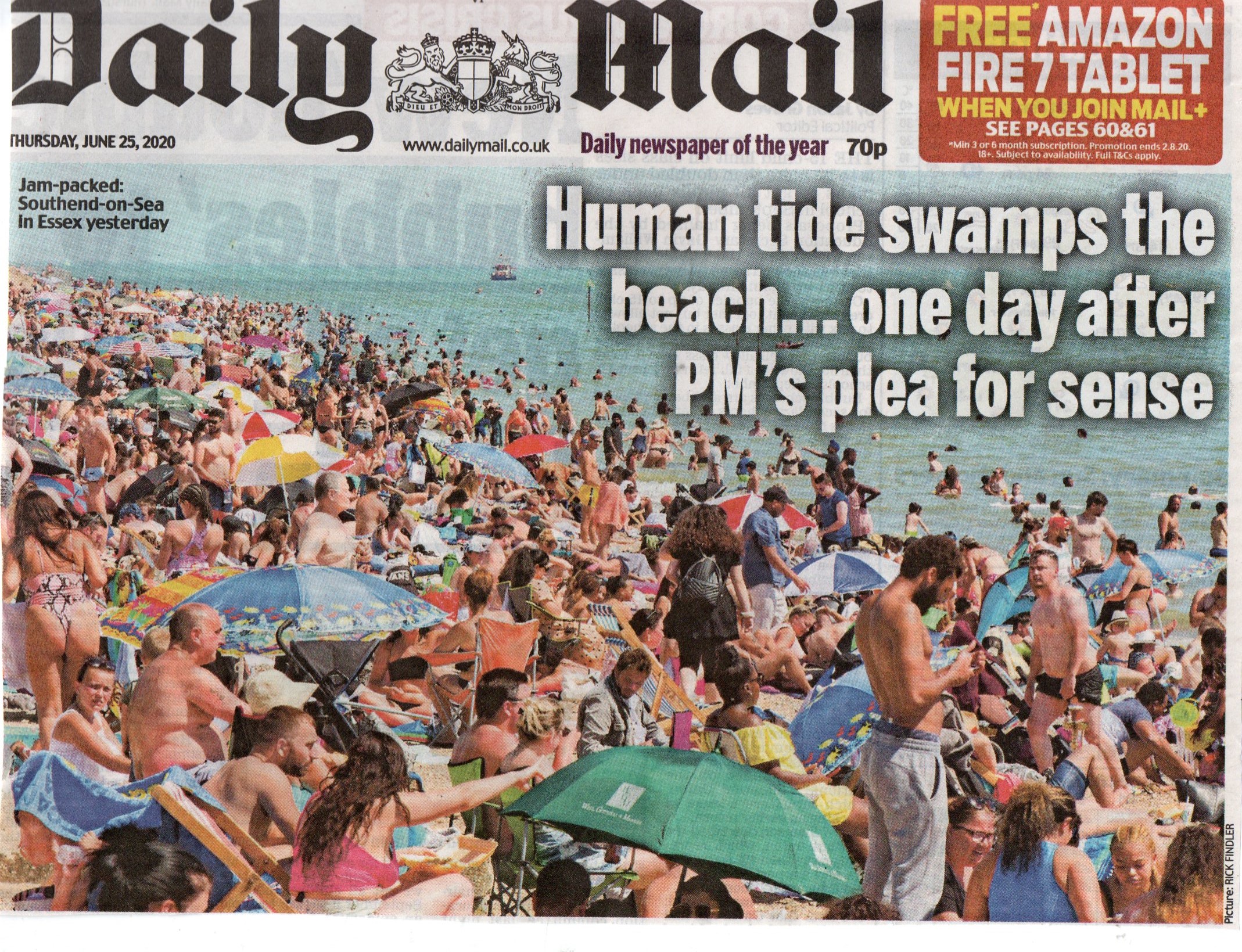 A beach at Southend -on- Sea  after the lockdown.  Hello Summer. Goodbye social distancing.

London, June 26, 2020 – – – Charles Whitty the chief medical officer for England, has warned that the coronavirus will flare up again if people do not enjoy the present heatwave more responsibly.

Said Whitty: “If we do not follow social distancing then cases will rise again.”

The Office for National Statistics (ONS) said that the large fall in cases since April appeared to have ended, with new infections at more than 3,000 a day. 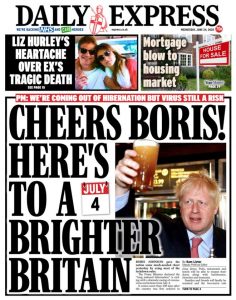 Doctors and nurses confirm that infections could now be declining in hospitals but remained flat in  ordinary homes and shops.

As millions of Britons  drove, flew, walked and cycled to the nearest beach, a further 1,118 people tested positive yesterday and  there were 149 more deaths bringing the total to 43,230.

A report in The Times today said that half a million people travelled to the south coast yesterday, the hottest day of the year with temperature of 32.6C at Heathrow.

Bournemouth Council said that roads to the town in southern England were gridlocked. Fights broke out between people who were drinking (alcohol) as social distancing collapsed completely.

In a week from now (July 4) the pubs will be open again, after months of shutdown. 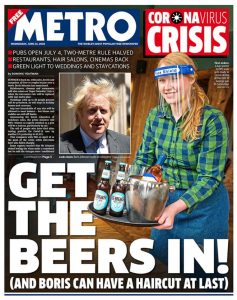 Today, Boris Johnson issued a tweet telling people to observe social distancing regulations, changed this week from two meters to one meter so that people will be able to gather in pubs and restaurants again with some politicians suggesting a patriotic duty is to spend, spend, spend and drink, drink, drink.

The warning came after an illegal street gathering in Brixton, south London.

Footage on social media showed officers being pelted with bottles and a patrol car having its windows smashed during a night time party on Wednesday.

The head of the Police Federation warned that a “perfect storm” is brewing in Britain.

Three people are believed to have been stabbed to death in a stairwell to a hotel in Glasgow city centre.

It understood that a suspect was shot dead by police.

The Scottish Police Federation has confirmed a police officer was stabbed. Armed police remain at the scene outside the Park Inn in West George Street.

A statement from Police Scotland said the situation was “contained” and there was no danger to the general public.

Scottish Justice Secretary Humza Yousaf tweeted that the government was being briefed on the situation.