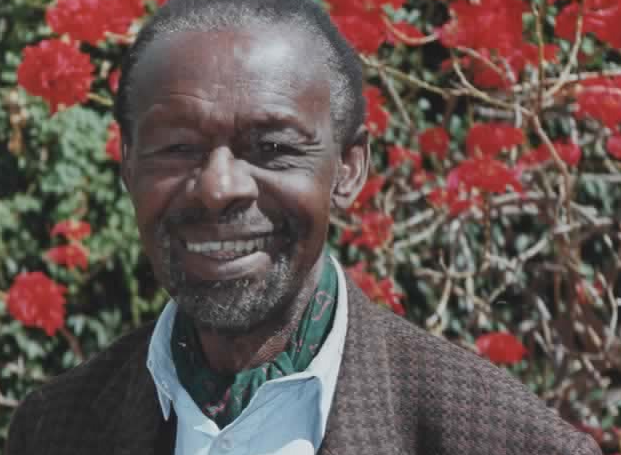 James Chikerema, one of the founding fathers of Zimbabwe. His massive contribution to African freedom has been air-brushed out of  official history by nervous pen – pushers and sycophantic politicians in Zimbabwe (Picture: Trevor Grundy)

James Chikerema died 15 years ago in America. He is one of Zimbabwe’s un-acclaimed heroes. He went on record saying that Herbert Chitepo was assassinated by the Karanga Mafia in March 1975. For saying that, he won’t ever be forgiven by the Karangas running Zimbabwe today.

Chikerema was born in Southern Rhodesia in April 1929. He died in America in March 2006.

In months to come, I’m going to tell part of the Chikerema story and publish it on this website. And hopefully say a few things about him and his time not well known. I hope they make you both laugh and cry.

The man who introduced me to him and George Nyandoro in Lusaka in or around April 1974 was Peter Mackay, a one-time professional soldier. He ran Freedom Road. If you don’t know what that was, look it up on Google (Peter Mackay -Archives – Stirling University, Scotland)

When Chikerema and Nyandoro took ministerial posts under Abel Muzorewa in early  1979, there was an attempt by Ian Smith’s white-run CIO to boot Peter  out of the country  Lies were spread that he was not only a homosexual but also a KGB agent.

Which was worse in Smith’s Rhodesia is debatable.

But Peter  Mackay is yet another almost forgotten hero and legend.

James Chikerema, George Nyandoro, Steven Parirenyatwa, Enoch Dumbutshena and a load of black soldiers were  at my Times of Zambia-owned, almost empty, home in Lusaka in October 1974 on the night Muhammad Ali climbed into the ring at a stadium in Kinshasa to face George Foreman. Few gave Ali a chance.

It was a night to remember and one that tells you a little – just a little – about a remarkable man ZANU (PF) wants young people not to know about, and old people to forget. 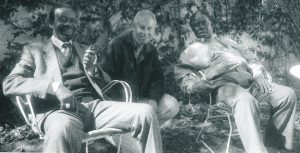 Sadly, my marriage was over and Peter Mackay quickly turned my empty house into the un-official headquarters of FROLIZI.

After a couple of weeks, an Irishman who belonged to the Zambian Special Branch told me at the Lusaka Theatre Club that he had no problem with that because he had photographs of everyone going in and out. A domestic servant opposite where I lived had been supplied with a small camera and rolls of film and money to keep him silent and probably drunk at the weekend.

Peter set about building a garden which was inside the main living area. He said gardening was man’s most constructive and soul -lifting occupation. He told me to stop drinking and start reading and gardening.

He bought me History of the Peloponnesian War by Thucydides. He said it was about the Greek-Spartan War from 430-404BC but that dates meant nothing.

“One must learn to think in centuries,” he said like the good public schoolboy he still was. “The author’s great message is there is no such thing as objective truth.”

He gave me one of his rare smiles.

”So, Corporal Grundy, remember that. The people who confuse us the most are those who were there.”

I stood to attention and gave him a mock salute.

“And please ask someone to fix your bathroom door lock. I was stuck in there for half an hour this morning but fortunately I had my trusty Swiss army knife in the pocket of my trousers. You really must be more organised. Had you not been here and without that knife, I might still be in there.” 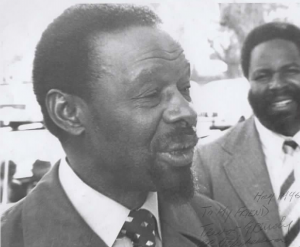 James Chikerema in Salisbury after  a High Court decision in his favour which allowed him to retain  all eight parliamentary seats for members of a new party that opposed  Abel Muzorewa and the UANC in 1979. In the background is his cousin, Stanley Chimombe Mushonga.  (Picture: Trevor Grundy)

Around midnight on October 30, my Times of Zambia-owned house  was turned into a ticket-free cinema.

Then came a dozen or so men wearing brown shirts and blue jeans who called themselves the FROLIZI Frontline Fighting Force.

They were all there to watch the Boxing Match of the Century – the Rumble in the Jungle in Kinshasa between Mohammad Ali aged 32, and 24 year-old George Foreman, the world heavyweight boxing champion, who had so easily defeated Ali’s great rivals, Joe Frazier and Ken Norton.

A tall, slim, blonde Danish girl from the Copenhagen-based  People to People  organisation came with them. She sat next to me. She said she always slept under an ANC flag and would go to bed if the fight didn’t interest her.

She said blacks fighting blacks for money in Africa’s most corrupt country was just what white Americans wanted to see.

A camera took us around the stadium. Chikerema said there was no sign of Mobutu, just a giant-size picture of him wearing a leopard skin hat overlooking the stadium where hundreds of men were slaughtered for opposing Mobutu after the murder of Patrice Lumumba in January 1961.

He said – “To think Ali and Foreman are getting $5 million each for fighting. George! We should have been boxers.”

When Ali stepped into the ring, a vast crowd shouted Ali Boma Ye – Ali, kill him!

The Danish girl stood up and asked where she could go to sleep.

During the fight, Chikerema said – “Ali said he would dance. He is getting killed. Foreman is going to kill him. Ali is on the ropes being massacred.”

Everyone apart from Chikerema had brought a bottle of spirits with him and by the time the fight ended we were all tired, or drunk, or both. In the dying moments of the eighth round, Ali delivered a series of blows that rocked Foreman and sent him crashing to the floor. I watched Chikerema’s face when the English commentator David Frost yelled out – “Ali has done it. The great man has done it. The thing they said was impossible – he’s done.”

Chikerema repeated the words and looked at me – “The thing they said was impossible . . . he has done.”

He ordered his sozzled followers to be quiet while Ali summed up the fight.

With his right eye half shut but with his mouth wide-open, the new  champion said – ”I told you. All of my critics. I told you all that I was the greatest of all time. Never again say I’m going to be defeated. Never again make me the under-dog. I told you I’m the real champion. I told you that I’m the champion of the world.”

When it was all over, a monsoon broke over Kinshasa, No-one cared. Ali had won. The great man had done it.

”Peter. Remember those words. One day I will use them in a victory speech.”

There were no nearby white neighbours to complain about the noise.

Outside, Africans danced in the rain. 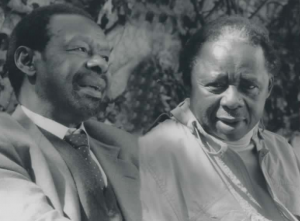 Shortly before daybreak, I sat silently on the lavatory seat reading what Thucydides had to say about the Mytilenian Debate, wondering what to do with the girl who occupied my double bed, lying as promised under a large black, green and gold flag. The bedroom stank of stale pot and booze.

Suddenly, I heard footsteps and the front door banged and a smashing sound and then the cry of the girl and another loud smashing sound. I pulled up my trousers and rushed to the door but it would not open. I yelled out her name which she provided only reluctantly, claiming bourgeois Christian names should be replaced by Chimurenga names – war names.

An hour or so later, Peter Mackay drove up in my office car and opened the door thanks to his skill with a Swiss knife. I rushed into the bedroom. There was nothing there except a flag on a mattress. All my clothes had gone, my camera and tape recorder and several un-used roles of Kodak black and white films. I rolled back the carpet next to the bed. My passport was still there.

In the front room, a table had been over-turned and the television was gone and so had the only piece of furniture left to me after Lori’s departure – a large Zanzibar chest which contained letters from my sister, some diaries and a few small wood Makonde statues.

“So it seems,” he said. “And your recent friend. The girl whose name I cannot remember?”

“Astrid. Ah, yes. It means divine beauty in one of the Norse languages. The author of Pippi Longstocking is, unless my memory strays, an Astrid something or other. For the moment, I’ve quite forgotten.”

His room was untouched and I put on one of his plain white shirts, trousers and sandals.

He said- ”We shall brighten up and face tomorrow – which is all we have. I shall treat you to a nourishing breakfast at the Ridgeway Hotel. As for what is no longer in your possession – try and see things positively. The less you own now, the less anyone will have to steal from you in the future. As Kipling said – He travels fastest who travels alone.”

I remembered he had been head ‘man’ at Stowe School.

The robbed that smiles steals something from the thief,

He robs himself, that spends a bootless grief.”

Not for the first time, I wondered if the man before me was a saint or a lunatic, or a mixture of both.