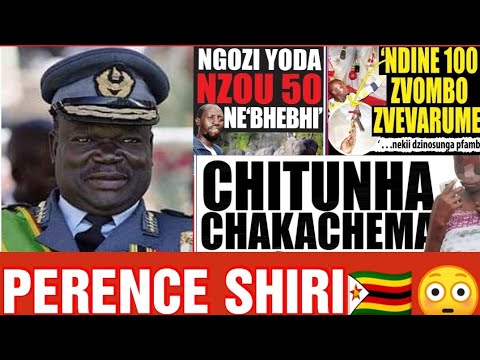 “But he was not there. He does not know what happened. He (Benito Mussolini after his invasion of Greece) does not know that the ultimate truth is that history ought to consist only of the anecdotes of the little people who were caught up in it.”  Extract from Captain Corelli’s Mandolin by Louis de Bernieres

In 1986, Perrance Shiri , Zimbabwe’s latest Zanu (PF)’s sponsored national hero, was flown to the United Kingdom where he attended a series of top-level meetings with British military personnel at the prestigious Royal College of Defence Studios in London.

He went on to study there under the supervision of some of the UK’s top military strategists.

It was slaughter year number three in Matabeleland.

In Harare, the British High Commissioner and his advisers were fully aware about what was happening during Gukuruhundi but for reasons of self-interest they were told to look the other way by the Foreign Office in London.

One of the HCs top advisers resigned because he could no longer take the indifference and  breath-taking hypocrisy Britain showed to mass slaughterers in their former colony.

In an interview with Fergal Keane (Panorama presenter of The Price of Silence documentary released  in March 2002) General Sir Edward Jones, who commanded the British Military Advisory and Training Team (BMATT)  from 1983-1985 said that Perrance Shiri was the first officer from the Zimbabwe National Army (ZNA) to be so honoured.

“And we had him to lunch because I wanted to hear the news from home, so to speak. And he came down here and we had a most enjoyable Sunday lunch and he charmed our other guests.” 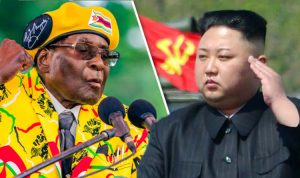 by North Koreans and commanded by Perrance Shiri

Fergal Keane asked if he was ever ‘uneasy’ about the welcome that Shiri was given in Britain.

Jones replied: “It’s very easy to question these sort of things. Undoubtedly, he was the man who was going to be important in Zimbabwe and I think it was against that we should influence him positively in so far as we could.”

We shall never know if British “influence “worked.

Maybe 50,000 or 100,000 would have been slaughtered and not just the generally accepted 25,000, were it not for  that long chat over roast been and Yorkshire pudding that day. 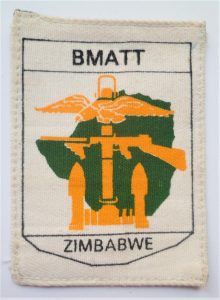 Also on that programme was a man nearly all Western journalists flocked to hear when he was denouncing Ian Smith and the Rhodesia Front Government during the seven year war in Rhodesia.

Mike Auret of the Catholic Commission for Justice and Peace (CCJP) said that the meeting between Britain’s top military brass and Shiri was  ‘unforgivable.”

He said: ”Perrance Shiri knew exactly what was happening. He gave the orders and he, if no-one else, deserves the World Court. The crimes committed by the Fifth Brigade under his command were gross crimes against humanity.”

He added – “It was unforgivable. He should never have been allowed to enter Britain.

And after a long  pause -“No doubt Hitler could be charming But Shiri was responsible for the deaths of thousands of people – horrifying deaths.”

And  as an aside but without  one of General Jones’s many grins  – “Perhaps Jack the Ripper was charming.” 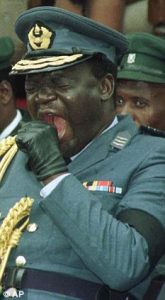 . . .slaughtering people is a tiring business

As we all know, Shiri went on to command the Zimbabwe Air Force and later on, organised the farm invasions by war veterans in 2000 and beyond.

Soon after Gukuruhundi and a Commonwealth Heads of Government Meeting in Zimbabwe Robert Mugabe was knighted by Queen Elizabeth 11.

After 13 white farmers were killed during Mugabe’s land grab, the knighthood was taken away.

During the campaign of terror which Mugabe and his killers dismissed as ‘a moment of madness’ (some moment . . . some madness) Shiri was known in Matabeleland  as the Black Jesus because he had powers of life and death over so many people.

The Panorama team spoke to an eye-witness who saw Shiri select women in Silobela village in 1983 to be taken away to be raped, and to another who saw him beat an old man  unconscious.

North Korean soldiers kept well away from TV cameras, although they had trained the Fifth Brigade at the request of Robert Mugabe.

That BBC programme was  watched by people who knew next to nothing about Robert Mugabe other than he had replaced Ian Smith and was a Commonwealth “goodie” who liked the Queen and the Royal Family,

Lord Renwick, a close adviser to Lord Soames during the last days of Rhodesia and first days of Zimbabwe, said: ”When this sort of thing happens in Bosnia or Kosovo, the world gets its act together and acts, and Milosevic ends up facing a crimes tribunal in  the Hague. Now, if we really want to do something about these situations in Africa, we can’t fail to try to do something similar if we really want to make a difference in Africa.”

Coming clean about official indifference to one of the 20th centuries best ignored  genocides might be one way of starting a British campaign to make a difference in Africa, even if that difference is only about the way we see the past.