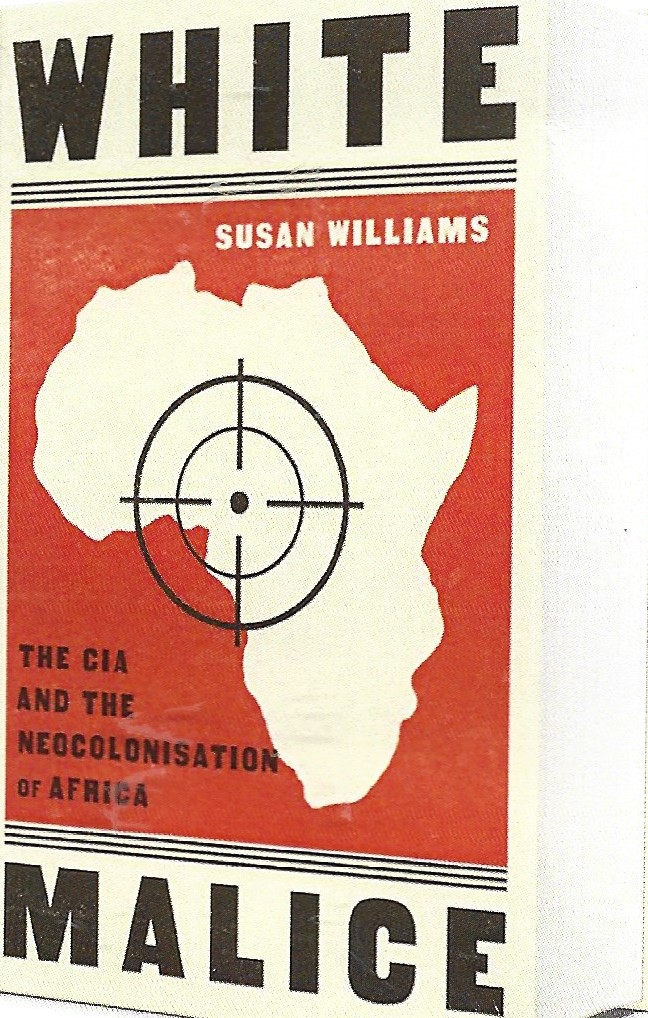 WHITE MALICE – The CIA and the decolonisation of Africa by Susan Williams (Hurst Publishers, London, pp 651. £25.00 in UK)

Winston Churchill said that in wartime, truth is so precious that she must always be attended by a bodyguard of lies.

Were he alive today, Churchill would have had the broadest of cheery grins on his face while reading this new, well-researched and at times fury-making work by the UK-based author/academic Susan Williams.

She needs no introduction to Africanists. Born in Zambia and raised in European settler societies, she empathises with Africans and tells us why so much has gone wrong.

It is her third in a series of books about the dark side of the post-colonial moon in Africa, her longest and arguably her best so far.

The first was Who killed Hammarskjold – The UN, the Cold War and White Supremacy in Africa and the second was Spies in the Congo: The race for the ore that built the atomic bomb.

The ability of the senior executives of the American CIA and British M16 to lie their collective heads off while presenting their ‘secret’ organisations as bodyguards of democracy, freedom, progress and the free market would have left WSC thumping his chair with delight.

Young non-academic Africans living with the consequences of such deceit see all of this in another way. And rightly so.

For that reason alone, White Malice – The CIA and the decolonisation of Africa deserves a place on bookshelves of schools, colleges, universities and private homes of politicians throughout the English- speaking Commonwealth and USA.

It’s a book that continues Susan Williams’s probe into the activities of the CIA tinkers, M16 tailors and the scores of white as well as black mercenary soldiers and spies who turned post-colonial Africa upside-down and inside-out in their quest to make sure that the men who took over when the white colonials left had American and British economic and strategic interests close to their hearts as well as their bank accounts in London, Washington, Paris and Zurich and countless other places. 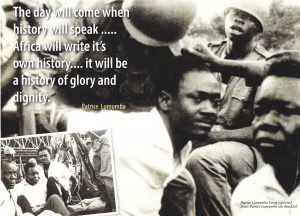 Kwame Nkrumah and Patrice Lumumba are not exactly household names.  But they spring to life again in this absorbing book.

It was Nkrumah who spearheaded the movement to free Africa from European colonialism. In his most famous book, Neo-Colonialism: The last stage of Imperialism,  Nkrumah said that no African country was free while vast parts of the Continent remained under the rule of the Portuguese, the British and  the Afrikaners in apartheid-run South Africa.

Nkrumah and Lumumba were visionaries who admired one another and who shared common beliefs about socialism and the need to spread the continent’s wealth.

Nkrumah came to power in 1957, blessed by British royalty and Western banks.

Lumumba strongly believed that Americans, who boasted about their fight against George 111 and British imperialism, would do their best to support post-colonial Congo in 1960.

But the moment they went their own way, flirted with Moscow and made loud  noises in public about African socialism (even African Marxism) they discovered their friendship with Washington  amounted to the square root of nothing.

The machinations of the CIA in America and the less well-known M16 in Britain are just as central to the story as are Nkrumah and Lumumba.

Both men were nationalists as well as socialists and, as said, looked to the West for moral as well as financial support. They got it, as long as they showed they steered well clear of Moscow and Russian planners who wanted from Africa exactly what the West wanted , copper, cobalt, industrial diamonds and above all, the Congo’s high-grade uranium for nuclear war.

Uranium deposits found in the Congo were the richest in the world.

Washington’s determination to keep American hands on that precious strategic resource led to a dark and tangled tale of secret agents and informants buying ‘tame’ African politicians, lobbying at the UN, cultural infiltration, assassinations and coups.

She exposes many of the CIA front organisations that masqueraded as acting in Africa’s interests while preparing a minefield of greed, nepotism and corruption so many Africans walk on today. 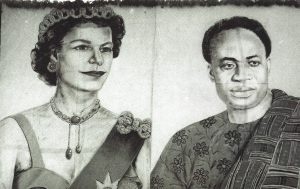 Watching over the new, in-experienced and often naïve African leaders who popped their heads over the wall in the 1950s and came to power a decade later, were highly trained and well-paid agents from the CIA which was formed in 1947 when Uncle Joe (Stalin) of World War Two was re-branded overnight into the West’s most awesome, most dangerous, enemy.

During the long struggle for freedom, the West had by and large ignored African demands for help.

But it did come from the Soviet Union. With strings attached, of course.

The nationalist leader James Chikerema of ZAPU and then FROLIZI fame  in Zimbabwe, told me that when he and Eduardo Mondlane (the assassinated Frelimo leader) visited Moscow on an arms shopping trip, they were assured that they could have what they wanted. But first they had to sign documents promising access to all of their countries’ agricultural and mineral resources after they’d cast off the colonial yoke.

The CIA started its anti-Soviet cultural campaign by spending millions of dollars to set up journals, think tanks, art exhibitions and all aspects of political discourse in a place striving for freedom.

The message was – Follow out examples and you’ll be fine. Deviate from our democratic principles and the sky will fall on you.

And everything they did to publicise the American ‘democratic’ way of life – even if that meant masterminding the removal of anyone who threatened American interests – was silently approved with nods and winks by US Presidents in Washington.

African Americans were used shamelessly to join in the culture party that toured so many parts of Africa like a travelling multi-cultural circus.

Popular musicians were exploited for all they were worth. They included Nina Simone and Louis Armstrong. Black American artists, poets, novelists, authors, journalists, human rights campaigners attracted vast crowds of young Africans who had little idea about how Afro–Americans and Native Americans (called Red Indians by Hollywood) were treated in democracy loving USA in the 1950s, 1960s and beyond. 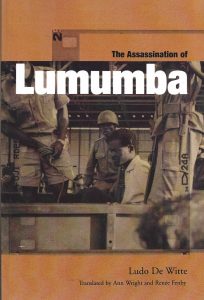 While the complicity of the Belgian state in the assassination of Patrice Lumumba has been so well documented by Ludo de Witte author of The Assassination of Lumumba, Susan Williams focuses on the way the CIA stood behind the safety curtain as coups and assassinations too place on front stage.

But, sadly, there’s no smoking gun.

White men in sunglasses stood back as black men slaughtered Lumumba in 1961 and removed Nkrumah from office in 1966.

Men like those two have been replaced, not once and again but again and again, by little known crooks in Savile Row suits and Swiss bank accounts.

Susan Williams is powerless to change what happened, the consequences of which remain with Africans today.

But the crusade for the truth goes on and she is one of its best respected, best armed, soldiers.

(First published in the  May 2022 edition of the Canadian on-line magazine, ColdType)