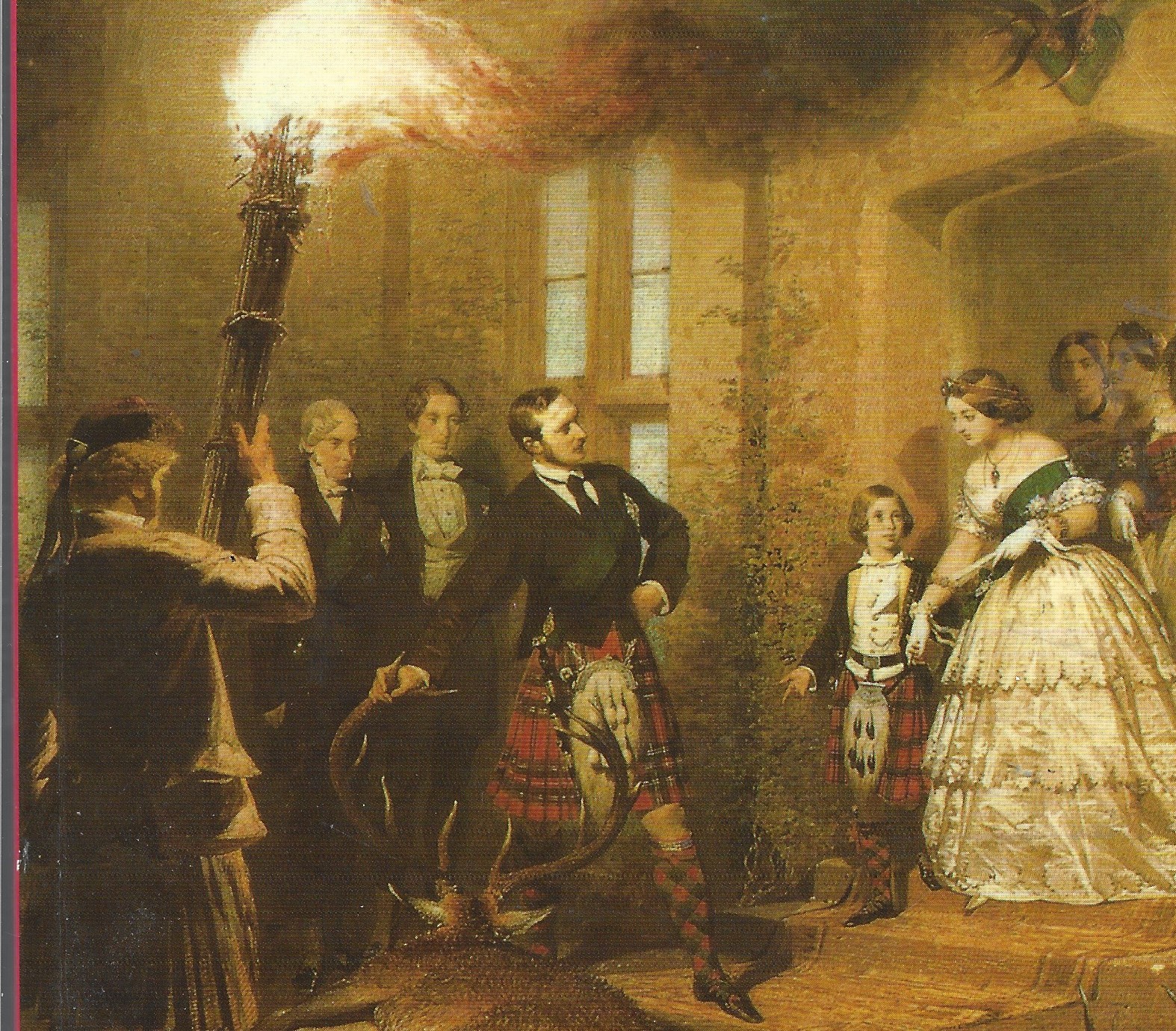 Evening at Balmoral, a watercolour by the artist Carl Haag which is on the front page of The Invention of Tradition by Eric Hobsbawm and Terence Ranger,(Cambridge University Press, 1983),  essential reading for anyone trying to discover how  British royalty survived, when all around were falling,  after the First World War (1914-1918).

When an unelected head of state has the power to legislate in their own personal interests with no transparency or accountability parliamentary openness and democracy are threatened.

So says Andy Wightman, a prominent land rights campaigner whose 1996 book Who Own Scotland is being taken down from dusty shelves in libraries, colleges and universities and being read by a new generation of Scots walking slowly but irrevocably towards independence from the rest of the United Kingdom.

With or without British royals alongside them.

Shingles are hitting royal fans north of the border from England, following the exposure by researchers working for the Scottish Liberal Democrats that Queen Elziabethh11 uses little known procedures  to block legislation that could harm her and her family’s interests. 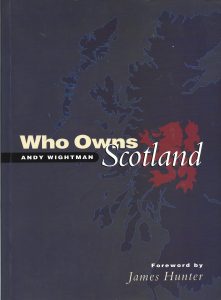 “The documents disclose how the Queen used her special access to Scottish legislation to intervene in parliamentary processes as recently as February,” said a report in The Guardian (July 28, 2021) written by Bob Evans, Severin Carrell and David Pegg.

The sensational revelation comes only weeks before the opening of a climate change conference in Glasgow that will be attended by hundreds of politicians and scientists who say the world’s at a tipping point and that without immediate action to change the way we live –  warm ourselves and power industry – the planet is doomed.

The leftwards-leaning newspaper said that the Queen’s lawyers secretly lobbied Scottish ministers to change a draft law so as to exempt the monarch’s private land from an initiative to cut carbon emissions.

”The exemption means the Queen, one of the largest landowners in Scotland, is the only person in  the country not required to facilitate the construction of pipelines to heat buildings using renewable energy. Her lawyers secured the dispensation from Scotland’s government given months ago by exploiting an obscure parliamentary procedure known as Queen’s Consent, which gives her advance sight to legislation. The arcane parliamentary mechanism has been borrowed from Westminster, where it had existed as a custom since the 1700s.”

The Guardian said that moves to amend or change bills that are not in  the interests of the Queen appear at odds with the royal family’s public commitment to tackling the climate crisis, with Prince William recently joining his father, Charles, in  campaigning to cut emissions and protect the planet.

The paper said that documents  made available under this country’s freedom of information regulations, show that  Nicola Sturgeon’s Scottish government failed to disclose the monarch’s lobbying when a local politician used a parliamentary debate to query why the Queen was securing an exemption from the green energy bill.

The legislation would enable pipelines to heat clusters of homes and businesses using renewable energy, rather than from separate fossil boilers.

The Queen is probably Scotland’s largest and wealthiest landowners. No one really knows what she’s worth or how much land she owns. There’s hardly a newspaper in  Britain without a royal correspondent whose main job is to make the royals look good.

Hence, the shock of what The Guardian has widely revealed for the first time.

On February 3, the Queen’s lawyers raised concerns about the bill and told the then Scottish Energy Minister, Paul Wheelhouse, to change the proposed law.

Which he did without telling MPs about the royal pressure he faced.

As soon as the bill was changed in a way that reflected the concerns of the monarchy, the Queen gave her consent to allow the bill to become law.

Or talk about what the future holds if this Queen’s Consent thing remains in place much longer.

On July 29 (2021) The Guardian published an article written by Andy Wightman.

The headline read: “The Scottish Parliament must take a stand against this farcical Queen’s consent rule.”

Wightman said the Queen can’t enjoy the rights to private property on the one hand, but on the other be exempt from rules that govern all other landowners.

And the monarch’s interference over a heating bill is not a one-off.

She has vetted at least 67 laws before the Scottish Parliament could turn bills into acts of law.

Which one’s? And why?

We’ll have to wait and see of there are further revelations on a potentially explosive issue – the monarch’s censorship of the people’s will.

Said Wightman: “At least 67 Scottish bills have been vetted by the Queen over the last two decades, including legislation around planning laws, protections from tenants and property taxation.  These revelations show that remnants of the archaic, opaque and secretive procedures that derive and continue to operate in UK legislature also apply in Scotland.”

In other words, if the present vetting by royals continues, how can the Scottish Parliament which represents the Scottish people ever be free from control by London? 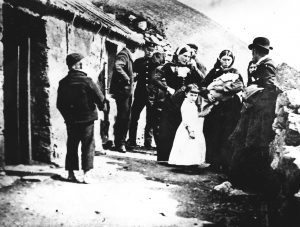 Scenes like this were common when Scottish families were forced out of their humble homes during the infamous Highland Clearances that started in 1819, clearances that  made the rich  richer, the poor even poorer.

The infamous Highland Clearances started in 1819. They were the end result of the defeat in 1746 of a small Scottish Army loyal to the 23- year old Young Pretender, known to the world as Bonnie Prince Charlie and his claim to the throne of England then occupied by German usurpers – the Georges from the House of Hanover.After his defeat at Culloden in 1746, the young prince retreated to France and then to Italy where he died an alcoholic wreck at the age of 54. Behind him he left tens of thousands of terrified and hungry Highlanders. Any signs of Scottish natioanlism were stamped on. The bagpipes were banned, so was tartan and the Gaelic language. Eventually, sheep replaced people throughout the Highlands and most parts of Western Scotland because mutton and wool prices were sky high at the end of the Napoleonic Wars which coincided with the start of the English Industrial Revolution. 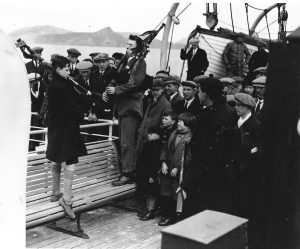 Displaced Highlanders were left impoverished and homeless by greedy royals. Many such as these (above) aboard the Canadian Pacific liner Marloch emigrated to Canada.They never saw Scotland again.

The new lairds, most of them English with royal connections, hired managers who removed the Highlanders from their land and sent them packing. As impoverished Scots were shipped to   Canada, Australis and New Zealand in rats infested ships, with only a few coppers in their pockets. Their farms were set on fire by English landlords during the Bliadhna an Losfaidh, the Year of the Burnings. Those who didn’t go to the New World, went to Glasgow where they lived in slums and where their rough manners were mocked. 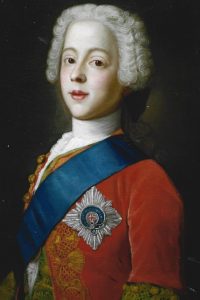 He left Scotland after the Battle of Culloden  on 16 April 1746, the final confrontation of the ’45 Jacobite Uprising.

In 1996, I went to see one of the founders of land reform in Scotland, Dr James Hunter on the Isle of Skye. That was where the Bonnie Prince said goodbye to his brave but probably foolish Highlanders. He told me that the time for reform was long past, long overdue. “The sporting estate was founded on  the forcible evictions of our people and they’re irredeemably associated in the minds of many of us with dependence and degradation. When the sporting estate is finally dead and gone, I’ll lead the dancing on its grave.”

Referring to  Queen’s Consent, Wightman said – ”It is unclear where this formulation of rules came from, but it is nonsensical. The crown is an institution and has, by definition no personal interests. But in practice these words are taken to mean the private property of the monarch, such as Balmoral and Sandringham, and any personal interests of the royal household. No justification or explanation is given for why this power should exist.”

He said: “The Queen has only been allowed to own land in a personal a capacity since 1862, when an act of parliament afforded the monarch  this privilege and set down the rules governing this arrangement. In Scotland her land must be held by trustees. The Queen can’t enjoy the rights to private property as a private citizen on the one hand, but on the other be entitled to require exemptions from the rules that govern all other landowners.”

According to Andy Wightman the existing procedure directly violates the Scottish Parliament’s founding principles or openness and accountability. 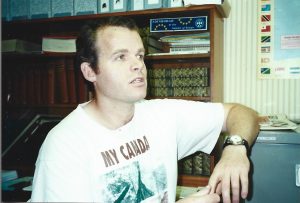 He said Scottish ministers have a duty to reject any request from the palace to exempt the Queen’s private estates from Scottish legislation.

“If this means that Queen’s Consent is refused, then ministers should come to parliament and make that known.”

The Queen sends a great deal of her life on holiday at her Sandringham Estate in Norfolk (8,000 hectares) and Balmoral (75,000 hectares).

And the British monarch and his/her legion of hangers-on since the time of George 1V, has used parts of the Highlands and Islands as second homes.

If Scotland ever attains independence the question then might be – for how much longer?