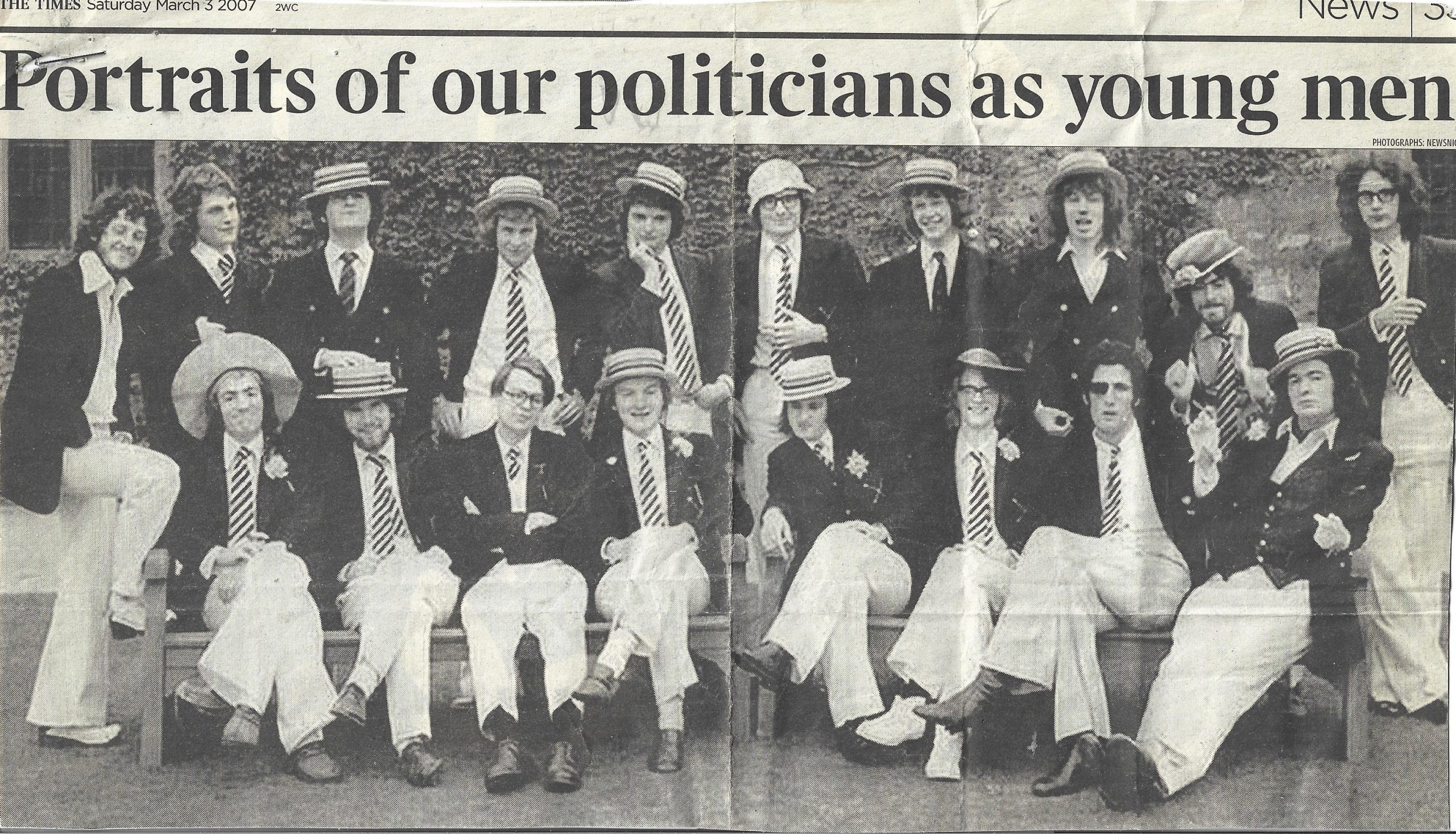 A cross-section of Britian’s future leaders when they were young, before their hearts were an open cheque book.

‘I was in the East End of London yesterday and attended a meeting of the unemployed. I listened to the wild speeches, which were just a cry for ‘bread!  bread! and on my way home I pondered over the scene and I became more and more convinced of the importance of imperialism. My cherished idea is a solution to the social problem ie., in order to save the 40 million inhabitants of the United Kingdom from a bloody civil war, we colonial statesmen must acquire new lands to settle the surplus population, to provide new markets for the goods produced in the factories and mines. The Empire, as I have always said, is a bread and butter question. If you want to avoid civil war, you must become imperialists.’

(Lenin often quoted the above passage which is contained in ‘Cecil Rhodes and his Time‘ by Apollon Davidson, (Progress Publishers, Moscow, 1984).

Sunday, October 23, 2022 —As the Conservative Party prepares to crown a new leader, Boris Johnson (Eton) or Rishi Sunak (Winchester College)* I remember the words spoken by Connie Sachs to George Smiley who was on a hunt for the traitors and class-soaked saboteurs destroying Britain in ‘Tinker, Tailor, Soldier, Spy‘ by John le Carre. She said – ‘Poor loves. Trained for Empire. Trained to rule the waves. Englishmen could be proud then, they could George. All gone. Taken away. By bye world. All my lovely boys.’

What next? Who next? Where next?

‘The choice of Rishi Sunak is a victory for diversity. It is an important breakthrough for the minority community of which he is a part, a minority, that for too long, has been looked down on by the Old Etonians who have traditionally dominated the Conservative Party.

‘I refer, of course, to Wykehamists, as old boys of Winchester College are called. Although 60 years older than Eton, and much respected for its learning, Winchester has produced fewer examples of worldly success. Twenty Etonians, including Boris Johnson, have been prime minister but until now, only one Wykehamist (the little-remembered Henry Addington) has made it to the top job. And while 37 Etonians have won the Victoria Cross, only six Wykehamists have received the highest medal for gallantry.

‘The motto of Eton is “Floreat Etona” (“May Eton flourish”), which sounds rather self-centred. Winchester’s is “Manners Makyth Man”, a commandment by his school’s founder, which the courteous Mr Sunak takes seriously. I feel this sets the right tone for our new, recession-era politics.’