BREXIT 2016 AND BEYOND – What kind of con tricks have been played on the British people? 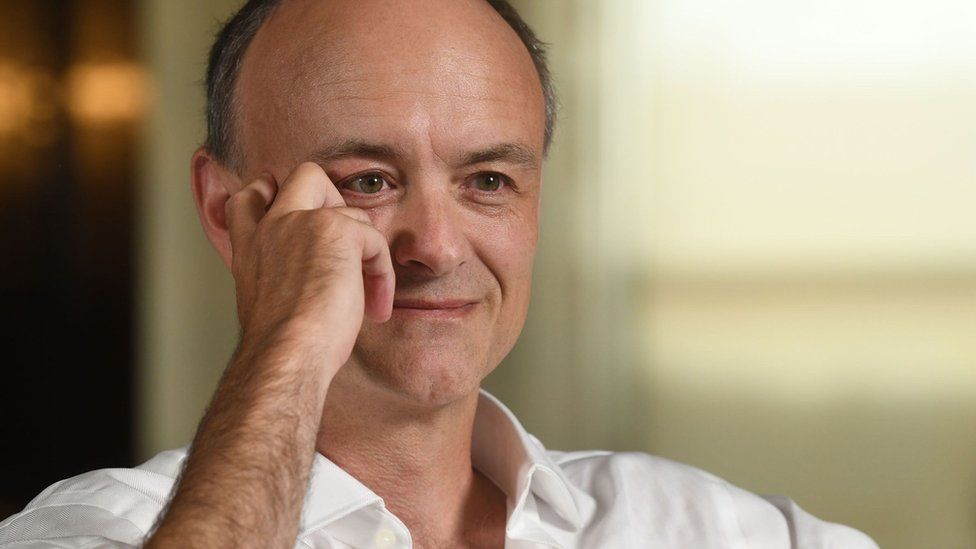 Dominic Cummings and a small group of highly-paid un-elected advisers in Downing Street talked about getting rid of Boris Johnson only days after he’d been elected prime minister of Britain in December 2019.

In his first interview since leaving as one of the government’s most senior advisers, Cummings let lose a broadside against his former boss, Boris Johnson.

He said the former journalist (Daily Telegraph and The Spectator) turned political whiz-kid, had no plan to run the country and was only obsessed with “stupid” infrastructure projects which included more trains, more buses and a tunnel from England to Ireland.

In an interview on BBC Two last night, he accused the prime minister’s girlfriend (now his wife) Carrie Symonds. of getting rid of Cummings and other “experts”  and replacing them with “ clowns” of her choice.

Cummings has launched a series of attack on Johnson, accusing him of not wanting a nationwide lockdown to fight the Covid outbreak in March 2020, of ignoring calls to implement a second lockdown across England last Autumn and paying more attention to his wife’s wishes and political ambitions than to people who know what they’re talking about.

But one of the most startling things to come out of the hour long interview with the BBC’s top political journalist, Laura Kuenssberg, was his statement that Boris Johnson was made the figure-head  of the 2016 Leave Europe campaign, not because he was brilliant but because he was a flamboyant Falstaffian figure-of-fun and a  well-known self-promoting personality and influencer.

Kuenssberg asked why Boris Johnson had been so hailed by those who ran the Leave Campaign if he and other Leavers knew  Johnson was a man without ability.

LK: Days after the election, you were discussing getting rid of him.

DC:  Yes, for all the reasons we’ve been discussing. He doesn’t have a plan. He doesn’t know how to be prime minister and we’d only got him in there because we had to solve a certain problem, nor because we thought he was the right person running the country.

At this point, Kuenssberg leaned forward and demanded to know why he kept using the word “we”.

LK: What kind of con had you just pulled on the British public?

DC: I don’t think it was a con. It was trying to solve very hard problems

Kuenssberg, at her most lethal ,interjected – “There’s nothing wrong with running an election campaign, presenting one thing to the public saying  he’s the guy for the job and then days after the results come through you then – un-elected officials  inside government – discuss getting rid of him. That’s okay?

LK: Doesn’t that make you a pretty treacherous kind of person? 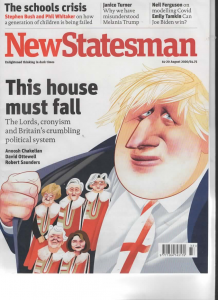 Boris Johnson’s version of the Conservative Party with it?

Cummings has made so many wild statements since his departure from Downing Street that  it’s hard for ordinary people here to take the man seriously.

His explanation why he drove to Durham with his wife and son in March 2020 when everyone in Britain was ordered to stay at home because of the spread of Covid -19 was toe-curling.

Throughout the interview, he let his right hand drift up towards his lips. He kept smiling  when talking about various ploys he used to persuade the British people to leave Europe in 2016.

One  Leave Europe Campaign open lie was to tell the public – via adverts appearing  on double decker buses – that Britain gave the European Union vast sums of money and that money should be channelled, not towards Brussels, but rather  into the National Health Service.

Cummings was the brains behind  the  Vote Leave campaign.

Sections of the |British media hailed him as a scruffy genius – a man of the people.

His education at one of England’s most exclusive private schools was rarely mentioned, or that  he was married to the commissioning editor of The Spectator, once edited by Boris Johnson.

In remarks that will fuel the tanks of conspiracy theorists the world over,  Cummings said that the people who wanted to get rid of Johnson so soon  after the December 2019 numbered no more than a few dozen.

He did not name them.

LK: How many of you, this secret clique? Who? Half a dozen? A dozen?

One of Cummings’s most controversial claims came when he quoted Boris Johnson saying that his real boss was not the British people but the owners and editors of the right-wing Daily Telegraph.

He quoted Johnson saying he heard “screams” from the newspapers and Conservatives when he had to decide about a second lockdown in Autumn 2020.

Johnson is alleged to have said  he had to pay attention and listen to The Telegraph, his real boss.

LK: The prime minister said that The Telegraph was his real boss?

LK: You are suggesting that the prime minister of this country calls The Telegraph newspaper – which he used to be a columnist for – his real boss?

(The full interview is available on the BBC Two website. For lovers of obfuscation it is a must-to-watch masterpiece).