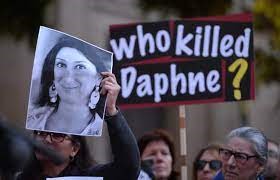 A judge-led public inquiry last year concluded that the government itself created a favourable climate for Daphne’s assassination. Whoever planned and carried it out “knew they would be protected” from being duly punished by law. Yet after five years the masterminds have still not been brought to justice. The climate of impunity persists.

As the Commonwealth Journalists Association (CJA) marks this tragic anniversary we call on the Maltese authorities to deliver prompt, impartial and transparent justice over Daphne’s murder and swiftly enact the legislative and rule of law reforms necessary to erase that pernicious culture of impunity.

The CJA calls on The Commonwealth — as an Inter-Governmental Organisation of which Malta is a member state — to live up in good faith and urgently to its commitment to ensure that media workers are “protected by law in their freedom to report and comment on matters of public concern”. To achieve that, the Commonwealth and its members must speak out publicly against attacks aimed at silencing journalists. They should also make those commitments practical and effective in visible ways for the first time.

It is not acceptable in the 21st century that the Commonwealth remains silent in the face of the alarming record of targeted violence against journalists, including those in Commonwealth states, and the extremely high rate of impunity in recent years. Between January and September this year, UNESCO, the UN agency mandated to uphold freedom of expression, has condemned the killing of nine journalists in Commonwealth member states. And it has found the rate of impunity related to those deaths is as high as 96 percent.

As we commemorate Daphne’s extraordinary life and work, the Commonwealth Journalists Association urges leaders of the 56 Commonwealth countries and its Secretariat to engage meaningfully and at once with international initiatives to secure effective protections for journalists to work without fear of violence or reprisals and eradicate impunity. 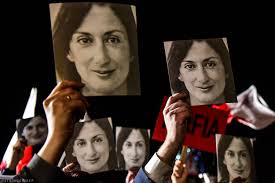 We urge The Commonwealth to embrace the opportunity for action-oriented engagement offered by the UN-led multi-stakeholder meeting to be held in Vienna on 3-4 November 2022. The CJA and other concerned civil society groups call on Commonwealth decision-makers to fulfil the organisation’s long-standing commitments in the spirit of the UN Action Plan on the Safety of Journalists and the Issue of Impunity which this year marks its 10th anniversary.

United Nations agencies and concerned non-governmental organisations have recommended these four good practices for adoption by Inter-Governmental Organisations such as The Commonwealth:

The Commonwealth must at last show that its commitments to freedom of expression and accountability are not only empty words.