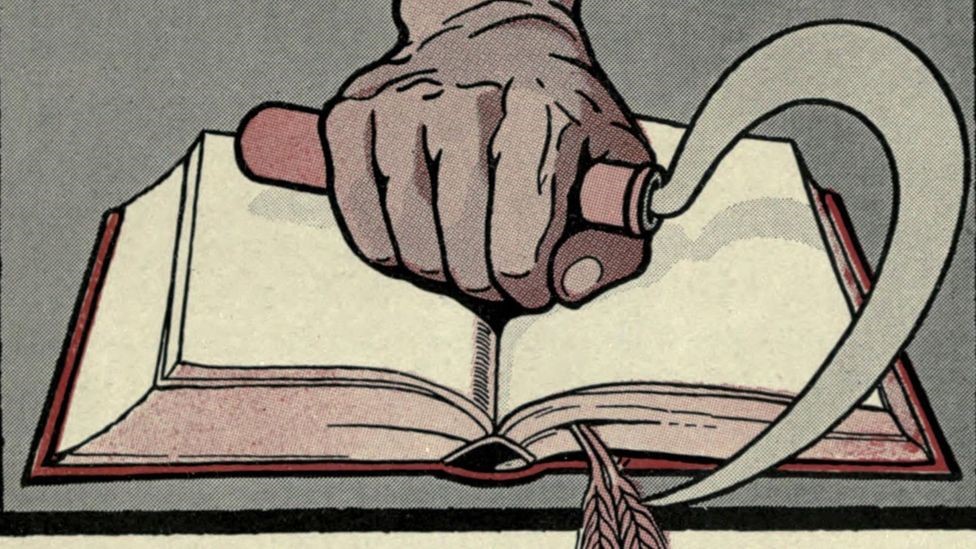 “The only thing that gives these made-up decrees any authority is obeying them.” – Lionel Shriver

In his Introduction to the first edition of Eugene Marais’s The Soul of the Ape (1969), Robert Ardreyy quoted Sir Julian Huxley, writing in Essays of a Humanist. Huxley wrote: “One of the darker chapters in the history of science and medicine is the way in which pioneer hypnotists were attacked and often hounded out of the medical profession. Even today, there is still a great deal to be discovered in this strange and exciting subject.”

Ardrey continued: ”Just how strange it maybe is illustrated by an experiment at Pennsylvania State University reported as recently as 1968.  A group of college students were hypnotised and told that they were nine -years- old.  Each was then instructed to write a letter to a friend. The letters were then mixed with similar letters written by legitimate nine-year-olds and all were presented to a faculty committee that knew nothing of the experiment. The letters by the hypnotised college students and those of the true nine-year-olds could not be distinguished on any basis, whether style, content or handwriting. Contemporary theories of learning tumble in the face of such an experiment; and it is not impossible that hypnosis was placed beyond the scientific pale because it asked more questions than our sciences could answer.”

With that in mind, I was interested to read an article in The Times by Sarah Ditum (August 12, 2021) which is ostensibly about Kate Clanchy, winner in 2020 of the Orwell Prize for political writing. She is the latest author to have her reputation trashed for offending contemporary sensibilities.

“She won’t be the last,” wrote Ditum. 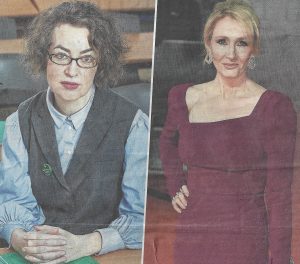 Kate Clanchy (left) with JK Rowling (reproduced from an article in  The Times of August 12, 2021)

Until this month, Kate Clanchy was a hero in the publishing world.

A teacher of 30 years standing, this award- winning author and poet was an outspoken advocate for creativity in education.

She was respected not only as an imaginative educator but also as a champion of migrant children.

Until the roof fell on her head, she had friends throughout the publishing industry including Philip Pullman, President of the Society of Authors and Michael Rosen, one of this country’s best- respected writers and son of the great academic Harold Rosen.

Unknown contributors to a website called Goodreads accused Clanchy,56, of racism in her memoir Some kids I taught and what they taught me.

Goodreads describes itself as the world’s largest site for readers and book recommendations. “Our mission is to help people find and share books they love. Goodreads launched in January 2007.”

She described a child in her new book as having chocolate- coloured skin, and another as having almond-shaped eyes.

She was charged with being “classist” and “fatphobic” and having an outdated view on transgender children.

One who didn’t was Pullman, who was immediately disowned by the Society of Authors he represented.

So, reaching for her handkerchief and possibly a bank statement, a chastened Clanchy announced that she would be re-writing portions of the book.

She said, like a penitent running to clutch mummy’s pinafore, “I’m grateful.  I know I got many things wrong, and welcome the chance to write better, more lovingly. You are right to blame me. I blame myself.”

When the new version of her book appears, all will be well.

A reputation trashed for saying the wrong thing . . .  an author grovelling for forgiveness  . . . a stern rebuke from our new inquisitors and promise in public never to sin again. 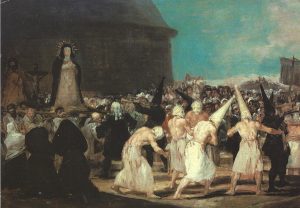 Hey ho , hey ho / It’s off to work we go, cash registers singing in our ears, repentance in our hearts, nervous smiles on our faces as we stumble towards the past and the dark night that lies ahead.

But stories like Kate Clanchy’s appear every other week. Hardly a soul gives the proverbial.

Attempts to trash even JK Rowling are recent.

Says Ditum: “Appalled by Rowling’s failure to wholeheartedly embrace trans activism, staff at Hachette’s children division– reportedly mostly relatively junior and aged in their twenties – attempted to stall work on The Ikabog despite that book’s wholesale irrelevance to the gender debate.”

Even books that have already gone to print can fall foul of cancellation, as Blake Bailey learnt from his acclaimed biography of the novelist Philip Roth which  was withdrawn by the US publisher WW Norton.

Said Ditum: “It shows the increasing pressure on publishers to avoid involvement with individuals whose lives – and not just work – are deemed problematic.

She added: “Agents report internal pressure from colleagues to drop clients who are seen as politically toxic. Editors will turn down proposals they are otherwise wholly positive about if a glance at the author’s social media reveals unfashionable political affiliations. In this environment it takes a particularly stalwart character to embrace a controversial book. Prospective buyers have found high street book-sellers reluctant to stock the best-selling book, or secreting it in obscure locations when they do carry it.” 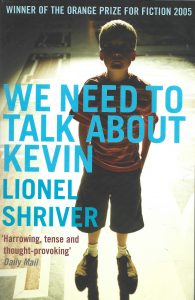 One such stalwart character is the important Lionel Shriver who reminds us, in case we’ve forgotten, that certain things need talking about.

She asked in an article headed Authors must stand up the language police (The Times, August 14, 2021): “Where do these rules come from? They appear to burble up from social media like the frothy scum a top of boiling legumes. No sooner does some self-nominated expert run on Twitter claim you can’t write something-or-other than pushover publishers take the edict to heart. The only that gives these made-up decrees any authority is obeying them.”

And this: ”The three women who complained about Clanchy’s memoir two years after publication were within their rights in what for now passes as a free country. Clanchy and Picador (her publishers) would also have been within their rights to have ignored these petty objections. It’s primitive behaviourism. If you keep rewarding the generation of fake literary mandates, you’ll only get more of them.”

None would be better.

But not  if their child-like scribblings get muddled up with those of their decision-making parents.

(Trevor Grundy is the author of Memoir of a Fascist Childhood (William Heinemann, 1998 and Arrow Books, 1999) 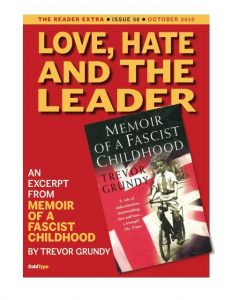