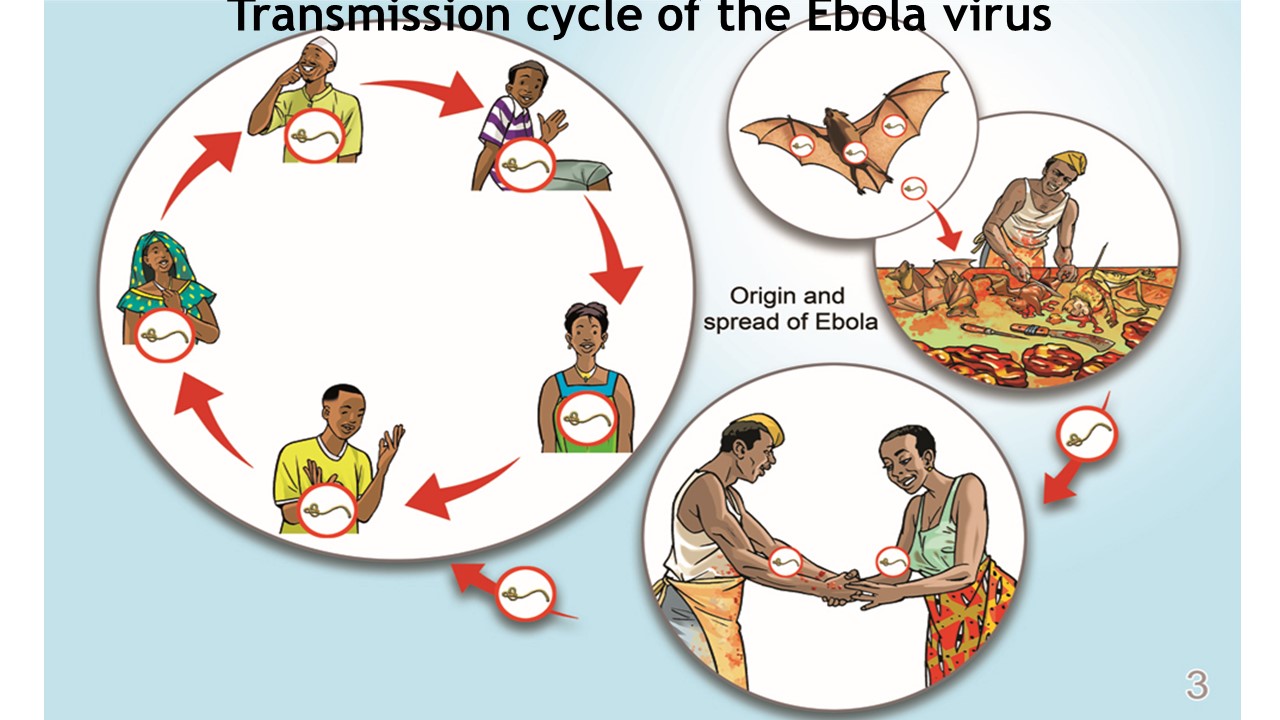 President Obama says that if the Ebola virus mutates –making it even more dangerous – the United States could be at risk. Large parts of Africa already are.   Now one of the world’s top scientists, Belgium’s Professor Peter Piot, warns that traditional religious and cultural beliefs are contributing to the tsunami-like spread of the killer virus. TREVOR GRUNDY reports –

Touching or kissing the dead bodies of its victims at funerals is helping to spread the deadly virus, says one of the world’s top scientists who was among the first to identify Ebola in 1976.

Professor Peter Piot, director of the London School of Hygiene, said in an interview that that a fast growing population, decades of civil war, widespread government corruption, dysfunctional health services, a growing distrust of Western medicine and the behavior of African traditionalists at funerals provide “the perfect storm” for the spread of a virus he helped identify in today’s Democratic Republic of Congo (formerly Zaire) in 1976.

“It’s a perfect storm,” he said from his base in London, “because what you see is a combination of a virus that is hiding somewhere in the forests – probably in bats but we don’t know that for sure – and where there is a growing population and more and more people are exposed to what’s going on in forests, decades of civil war, corrupt regimes which means that there’s no trust in authorities, a completely dysfunctional health system.”

It has already claimed thousands of lives in West Africa bringing normal life in large parts of Sierra Leone and Liberia to a standstill.

Days after Obama promised to send 3,000 Americans to Africa to help establish health services in areas without them (Liberia has one doctor for 140,000 people) the World Health Organisation (WHO) in Geneva declared the Ebola epidemic – the 25th in Africa but the first in West Africa – an international public health emergency.

Peter Piot was only 27 when he co-discovered the Ebola virus in Zaire in 1976.

Today, he is a frontline soldier/scientist in a war against a killer spreading terror throughout Africa and many other parts of the world.

When Piot was in his last year t medical school in the Belgian city of Ghent, some of is professors told him that there was no future specializing in infectious diseases because of the widespread availability of antibiotics and vaccines.

But the young scientist was fascinated by microbes and passionate about how these tiny microscopic organisms can have such a huge impact on human beings. So he decided to disregard the advice – a decision that led him becoming one of the world’s foremost experts on Ebola.

Soon after graduating from medical school, he trained in microbiology at the School of tropical Medicine in Antwerp.

“One day,” he said, “we got a thermos with some vials with blood from a dead nun in a country then called Zaire (now the Democratic Republic of Congo) and it was from someone who had died from what was thought to be yellow fever.”

From that vial, Piot and his colleagues isolated what is known as the Ebola virus, one of the most lethal viruses ever discovered. “And so, I ended up in the middle of Africa in Zaire and that was my entry with a big bang into the world of global health which even exist at that time.”

Nearly four decades have passed since the discovery of the Ebola virus and Peter Piot admits to having been taken by surprise by the large scale of the current outbreak.

“All previous epidemics were quite limited in time and place, generally affecting small villages or small towns and would die out after fairly classic isolation and quarantine – but in this case it’s different. This outbreak has already killed more people than all previous epidemics and it came as a surprise to me.”

Part of what’s fuelling this deadly outbreak is funeral rites that involve touching – sometimes even kissing – the bodies of the dead.

Corpses can still host the Ebola virus and spread the disease to the living.

Relatives and mourners travel sometimes hundreds of miles to attend funerals believing, as many do, that he whole point of life is to become an ancestor and that traditional, time honoured rites are absolutely necessary if the spirit of a dead person is to enter “the other world” and be beneficial to those here on earth.

“There are very strong traditional beliefs and traditional funeral rites which require that the whole family touch the dead body and often relatives and friends have a meal in the presence of the dead body.”

Churches are responding across West Africa. Some are closed. Many have altered their worship rites, including a shared cup at communion services in a bid to control the disease.

At the end of September, Piot told the German news agency DPA that he was afraid the virus would spread outside Africa. He said that one of the Indians, Americans, Germans or Africans living in West Africa could become infected, travel back home and during the incubation period infect relatives and friends who, naturally, would not be wearing the protective clothing is  vital in the fight against Ebola.

Peter Piot, a former Under Secretary General of the United Nations has been calling for a UN peace-keeping to help stop the spread of the virus. He has several times criticized the sow response by national and international authorities– one of the main reasons why the current outbreak is out of control.

He also became the founding director UN Aids and led the fight against the spread of that killer all around the world.

It was then in the 1990s that Peter Piot learned the value of winning the hearts of minds of politicians as well as patients.

“I found out very rapidly that knowledge is one thing, scientific evidence is also one thing, but what really makes the world move is politics, is economics, is security and it was only after we moved the whole AIDS into the political agenda that the resources were there and that took quite a while. Of course AIDS is not over and we still have millions of people dying from it. It is the first cause of death in Africa. We have tuberculosis, we have malaria and there will be new viruses coming up. They will continue, and there’s no doubt about it. There’s a real tsunami now of non-communicable diseases of diabetes, obesity, cardiovascular diseases- diseases that we think of being associated with affluence. But they are now the major cause of death all over the world except in sub-Sahara Africa where AIDS is still the number one cause of death. But it’s also changing there. I’m very interested and committed in training the future generation of leaders in health and there’s  no better place in the world than the  London School of Hygiene and Tropical Medicine to do that.”