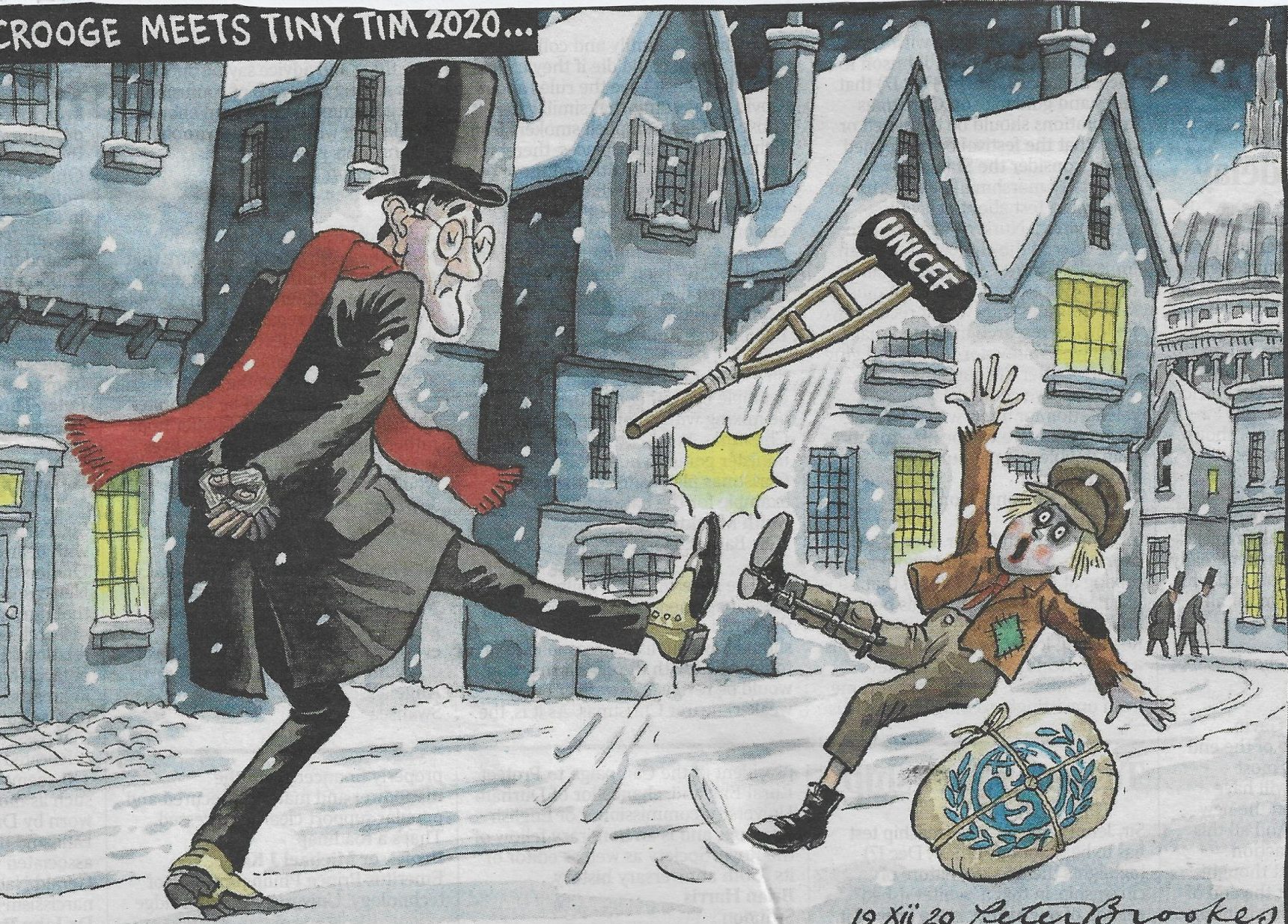 Scrooge ( disguised as the multi-millionaire Jacob Rees-Mogg) gives Tiny Tim  and his crutches made by Unicef a good kicking in Charles Dicken’s A Christmas Carol. (Cartoon in The Times /December 20, 2020)

Pillar of privilege and son of a former editor of The Times,  Jacob Rees-Mogg is the sort of person who caused the French Revolution.

At 51, he’s the leader of the House of Commons and is, in the opinion of a growing number of unemployed people here, one of the most high-profile blunder-mouths of the age.

Father of six, this prominent Roman Catholic has a personal fortune of about £150 million. Thats before anyone counts his wife’s boodle. 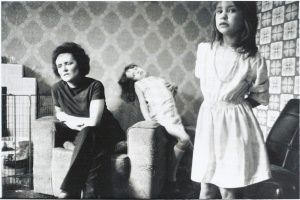 Poverty and hunger, a scene from John Pilger’s Smashing Kids

When he was a little boy, pater gave his son a present, the sort of thing every kid wants when he’s five.

A  vial of anointing oil from Queen Victoria’s coronation.

Even little JR-M kept his mouth shut for a moment or two.

He’s made up for it. Pity is, now he’s middle-aged, massively wealthy and a pillar of society he  only opens his mouth to change foot. 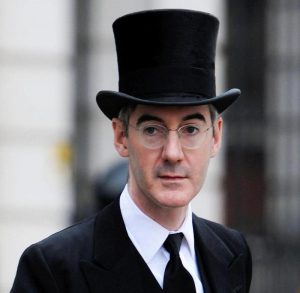 Jacob Rees-Mogg – Leader of the House of Commons

A few days before the start of this sad un-festive season, Jacob Rees-Mogg is embroiled in a row with the United Nations Children’s Fund (Unicef) after saying the agency  should be ashamed of itself”  for sending food parcels to children in England.

He accused the humanitarian organisation of “playing politics” after it said it would donate £25,000 to a community group providing breakfasts in Southwark, famous for being the south of the River Thames starting point for Geoffrey Chaucer and the pilgrims in happier days..

Unicef is responsible for providing development aid to children  around the world, most of all in countries once called the Third World.

But this is the first time in its 74-year history that Unicef  has funded a project in  Britain. It  s part of a wider £700,000 aid programme that is being  run in  partnership with Sustain, the food and farming alliance.

Yesterday, Angela Rayner, the Labour Party’s deputy leader, said that it was a national disgrace that Unicef’s intervention  was needed.

As if calling on a fag to bring him tea and a hot-buttered scone after a hard game of rugger, JR-M let fly, saying –   “I think it is a real scandal that Unicef should be playing politics in this way when it is meant to be looking after people in the poorest, the most deprived, countries of the world. They make cheap political points, giving £25,000 to one council. It is a political stunt of the lowest order. Unicef should be ashamed of itself.”

Lord Patten of Barnes, the former Conservative Party chairman, described Rees-Mogg’s remarks as  shameful. “You shouldn’t be denouncing it if you’re a British minister for the fact that it actually finds it necessary to give some help in this country.”

Rees-Mogg is no stranger to controversy.

He embraced social distancing by lying full length on the well-thumped  green leather benches in the House of Commo0ns during a debate the spread of Covid-19.

In November last year he was forced to apologise after  saying that some of the 72 people who were burned to death after flames  destroyed a massive high- rise building in Notting Hill did not use their common sense. Those at the top ofthe fire should surely have just climbed down the stairs and walked to freedom.  No common sense, he repeated it. 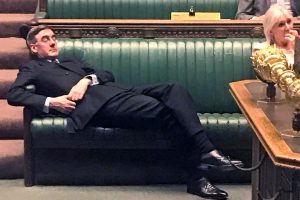 But it’s Christmas. Why can’t we all just ding-dong merrilly along?

Why spoil it with stories about hunger and no room at the Holiday Inn?

This week the famous journalist John Pilger had his 1975 film about poverty and its damaging impact of hungry children re-released.  Smashing Kids can be viewed on www. johnpilger.com/videos/smashing kids.

He said in the December issue of the Canadian on-line magazine Coldtype: “What has changed 45 years later? At least one member of an impoverished family is likely to have a job – a job that denies them a living wage. Incredibly, although poverty is more disguised, countless British children still go to bed hungry and are ruthlessly denied opportunities. 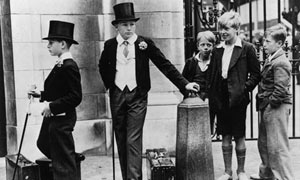 Boys from Eton ignoring boys from another planet

Christmas  comes but once a year, thank God and men like Johnson and Rees-Mogg will do their best to pretend Britain is on the mend.

The latest three-worder from some think tank paid a fortune for coming up with idiotic slogans is “Jolly Safe Christmas.”

Bouncy Boris (funny how would-be despots like to be known by their first names) has claimed so many times that fewer children are living in poverty in the UK since the Tories – who Theresa May one dubbed the Nasty Party – came to power in 2010 under the leadership of yet another ex- Etonian, David Cameron, the man some are already labelling the Brexit Criminal who called a referendum on Europe, lost it and then ran away to write his memoirs.

About Johnson’s claims, Pilger writes: ”This is a lie, as the Children’s Commissioner has confirmed. In fact, more than 600,000 children have fallen into poverty since 2012: the total number is expected  to exceed five million. This, few dare say, is a class war on children.” 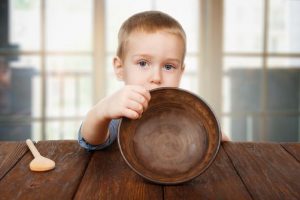 “More! You ant more, boy” Hundreds of thousands of

British children will feel like Oliver Twist this Christmas

The Old Etonians Johnson and Rees-Mogg may be caricatures of the class that today runs Britain.

But who is there to stand against them?

It’s hard to tell the difference. They all look and often talk the same. And the media? It’s hard to find a gal or a boy now who didn’t go to public school.

Says Pilger -” Last week, the prime minister and his“elite” showed where their priories lay. In  the face of the greatest health crisis in living memory when Britain has the highest Covid-19 death toll in Europe and poverty is accelerating as the result of a punitive “ austerity” policy, he announced £16.5 billion for defence. This makes Britain, whose military bases cover the world, the highest military spender in Europe.”

But where is the enemy? How do you find it and what do you do to destroy it?

Try walking up that aisle towards the hard- faced man in charge of the spoon and the gruel and you’ll soon find out.