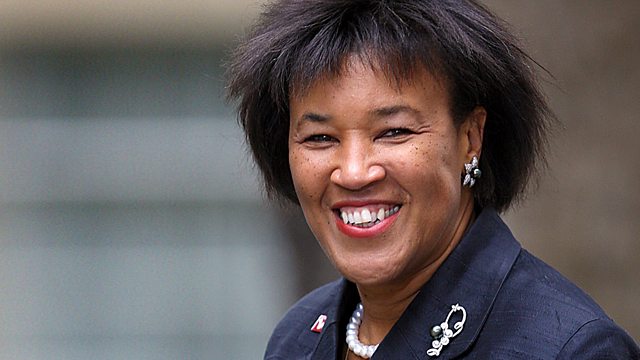 Baroness Scotland – In search of another term as Commonwealth Secretary-General

Queen Elizabeth won’t be at the annual Commonwealth Day service at Westminster Abbey on Monday (March 14) because of mobility problems.

But the rest of that multi-cultural club’s great and good will be there, along with Baroness Scotland, the Club’s incumbent Secretary-General.

Organised by the Royal Commonwealth Society, the Commonwealth Service provides an opportunity. for leaders of 54 countries representing 2.4 billion people to meet, greet and exchange views and business contacts.

This year’s ceremony was supposed to be special because it marks Queen Elizabeth’s70th year on the throne.

Sadly, it takes place against the Queen’s lack of mobility because of age, a series of  royal scandals, war in Ukraine and mounting concern that the multi-cultural, multi-racial club is increasingly irrelevant and way past its sell-by date.

But the game’s still on, for the time being.

In June, Commonwealth heads will assemble in Rwanda for the long-delayed (because of Covid) Commonwealth Heads of Government Meeting (CHOGM) in 2020.

One of the main tasks facing the Club at Kigali will be to oversee the  appointment of a Secretary-General.

For a number of reasons, it is more than likely that Baroness Scotland will be re-elected. And that’s despite highly critical media reports that her tenure smacks at favouritism at its best, corruption at its worst.

On November 4, 2016 The Times said that the 67-year old Dominica born lawyer faced criticism by other Club leaders over a reported £250,000 bill for re-furbishing her official residence in Mayfair, the most exclusive part of London if not the entire Commonwealth.

The columnist Oliver Kamm said (The Times, November 8, 2020) that crucial to the Secretariat’s work is it modest ambitions. “Lady Scotland’s spree bears scant relations to these original ambitions. As Britain has elected to leave the European Union, its relations with the Commonwealth are more important than ever.  Sadly, Lady Scotland gives every indication of treating her role as a sinecure rather than a public services. She needs to get a grip, or go.’

But it was the grip of  the Covid pandemic that  saved her from further crutiny by Commonwealth leaders and their lawyers. CHOGHM in Kigali was suspended.  Since then, little has been heard about Club andmedia accusations that the baroness handed out a job to a friend, Lord Patel of Bradford, that allowed him to trouser around £415,000 in consultancy fees.

Partly as a result of that, New Zealand put on hold £2.5 million that should have gone to keeping the London based Secretariat up to date and running efficiently.

A report in The Times (February 1, 2020) by the paper’spolitical editor Oliver Wright said that if charges against her were substantiated, her chances of being given a second terms of office were slim.

Well-informed Commonwealth sources tell me that the British Government would like to see the back of Baroness Scotland. But with only a few months to go before CHOGM re-assembles in Rwanda, that seems less and less likely. 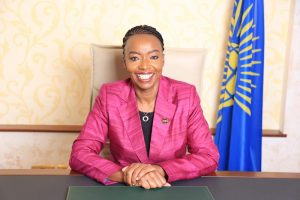 Last month, Kenya’s Energy Cabinet Secretary Monica Juma pulled out of the race for the secretary-general job, suggesting that divisions within the club at this time  might threaten its very existence.

What on earth that is supposed to mean is anyone’s guess.

A report in The Sydney Morning Herald (Australia) quoted a Kenya Government spokesperson saying that Dr Juma’s withdrawal came about because of a lack of adequate backing from other Commonwealth countries for Kenya’s bid.

The paper’s report said, “This week Kenya’s Foreign Ministry said that it had ‘become apparent that some member states of the Commonwealth are uncomfortable and/or unwilling to provide their support for out candidate.’”

It added,  “In essence, this means that we have not coalesced among all the member states, a situation that could precipitate a raucous campaign that could further fracture, rather than cohere, the Commonwealth family.”

The Australian paper quoted the Kenyan Government saying “that a change of leadership will still be needed at the top of the Secretariat and that Juma’s withdrawal would allow time for another candidate to enter the race and build the consensus that the  Kenyan candidate would not.”

One question is: Will the reasons for Juma’s withdrawal be made public.

Dr Juma was first endorsed for the top job by President Kenyatta last year, who called her ‘an example of what we in the Commonwealth hold dear.’

In a brochure she released last September, Dr Juma said she wanted to change the perception of the Commonwealth. She said, “I intend to deliver an effective Secretariat driven by member states’ priorities.”  She said she was “quite confident” of receiving sufficient support to get the top job.