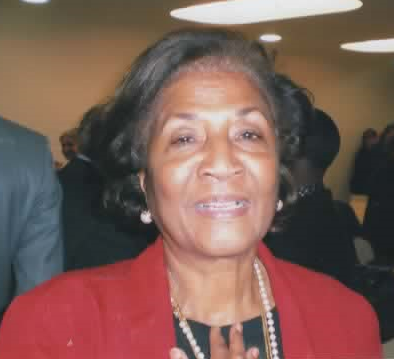 Patsy Robertson at a Commonweakth meeting in London in  2007 (Picture: Trevor Grundy)

Patsy Robertson, the former Jamaican journalist who went on to become the official voice of the Commonwealth from 1983-1994 and who continued to make her mark as a communicator and organiser with UNICF, the UN and most recently as Chair of the Ramphal Institute n London, died on August 18 a few days before her 87th birthday.

“The Commonwealth sky clouded over as Patsy Robertson left us,” said a former Secretary – General of the Commonwealth, Sir Sonny Ramphal.

Another former Secretary -General,  Chief Emeke Anyaoku, said in  a statement: “I remember Patsy as a true symbol of the modern Commonwealth who served the organisation with passion and unflinching dedication during her many years in office at the Secretariat and afterwards as a driving force at the Commonwealth Association of former Secretariat staff.”

He added: ”By the passing of Patsy Robertson, the Commonwealth has lost a devotee who worked throughout with singular fervour to support the structures and who never minced words in criticising actions or pronouncements by governments that she perceived as undermining the principles and values that animate the modern Commonwealth.” 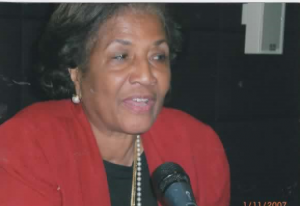 Patsy Roberson (nee Pyne) was born in Jamaica in 1933 and after school became a reporter before going to the USA where she attended New York University.

In the late 1950s she travelled to Britain and worked for the BBC’s World Service at Bush House and then as a media officer at the Londo0n office of the Federal Government of the West Indies. When the Federation broke up and Jamaica became independent in 1962, she was sent for training at the then Commonwealth Relations Office.

During the 1960s she was actively involved with the anti-apartheid movement and, having left the Jamaican diplomatic service, joined the Commonweath Secretariat after its formation in London in 1965.

For the next 28 years se handled media affairs, disseminating information about the Commonwealth worldwide

Her close colleague and friend at the Ramphal Institute, Richard Bourne, said that Patsy Roberson was passionate for developing countries.

He said,” Until very recently she refused to obtain a British passport, her commitment to Jamaica requiring her to trudge round European consulates whenever she wanted to cross the Channel. Where other saw civil society links as the road to the survival of the Commonwealth, she emphasised the importance of governments, and the collective decision of governments. She was saddened by the withering away of Meetings of Heads of Government, recalling he lengthy informal discussions they had in the 70s and 80s.,”

She died just few days short of her 87th birthday, leaving three adult children and a grandson. He husband, Calum Robertson, pre-deceased her.