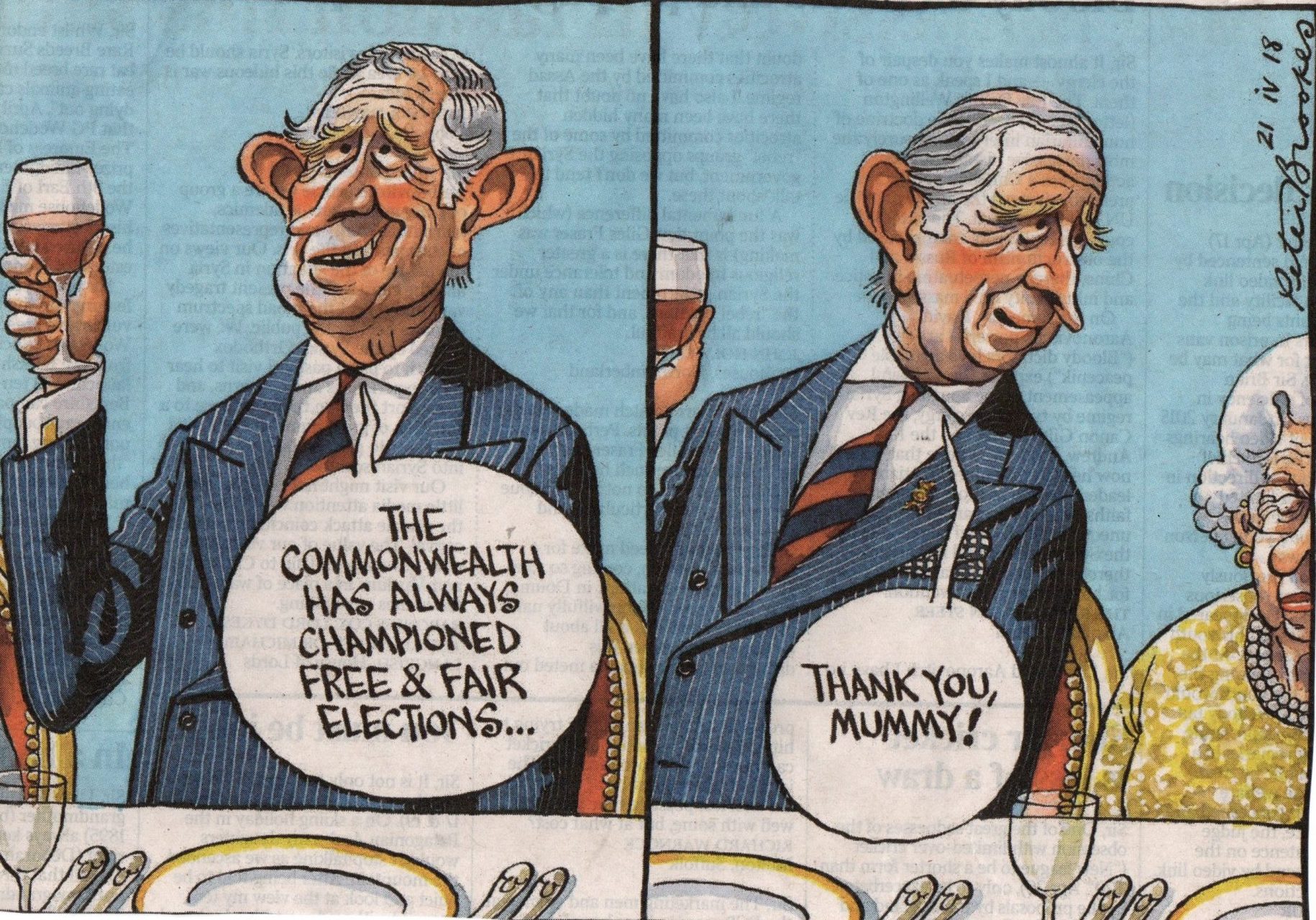 “Curiouser and curiouser,” exclaimed Alice when she came across Tweedledum and Tweedledee at the Pool of Tears in Lewis Carroll’s  Alice in Wonderland.

Un-grammatical but legendary, these are words that could have been spoken by Baroness Scotland as she battles to survive as Secretary-General of the Commonwealth.

Media watchdogs strain at the leash and bark madly to find out if she stays or goes after allegedly handing out lucrative contracts to friends and spending a fortune re-furbishing her grace and favour home in Mayfair.

All have decided to halt payments to the Secretariat until this sorry saga ends and truth prevails.

But feisty Patricia, the wretched of the earth’s latest Mayfair champion, is no push-over.

As a result of these old Commonwealth “white” governments ganging up on her, she’s earning –and gaining -support that all of this could lead to a race row in a mutli-racial Club whose leaders boast that non-one is bigger than the next, all are equal and Britain no longer rules the waves.

Occasionaly she still likes to wave the rules, as we shall see in a moment.

On a daily basis she lets the Caribbean and African world know that she’s a woman of colour and the first woman to be appointed S-G of an organization that is supposed to be concerned about the economic predicament of billions of poor people around the world.

It was Bernard Shaw said that you don’t have to lie to mislead the public.

All you have to do is leave out the truth.

And that’s something this award winning journalist Kayode Soyinka has certainly not done.

Soyinka reminds us – and this will be uncomfortable for many Commonwealth toadies who have a genius for forgetting anything that could even rather remotely embarrass the English Establishment, especially the beleagured  Royals – that  it was precisely those countries that lobbied for Baroness Scotland to become S-G at the end of the 2015 Commonwealth Heads of Government Meeting (CHOGM) in Malta.

In his article, Soyinka said that the popular Caribbean candidate for the job – Sir Ronald Saunders- got the endorsement of ten of the twelve Commonwealth Caribbean countries tor the number one job.

But the British government didn’t want him and it made sure he didn’t get the job.

Writes Soyinka: “The British Government wanted a S-G over whom they could exercise influence, particularly as they were concerned about the successor to Queen Elizabeth as Head of the Commonwealth. They desperately wanted Prince Charles to succeed his mother. Had the headship shifted away from the British Monarchy, it would have been a blow to the pride of the British government. Therefore, the British government persuaded the government of Dominica to act as a surrogate for Britain in nominating Baroness Scotland, a member of the British House of Lords and a former Attorney-General of Britain, who had been born in Dominica but left for Britain when she was two-years old.”

He added: ” In addition to wanting to influence the incoming S-G over the headship of the Commonwealth, the British government also wanted to retain their influence over the agenda of the Commonwealth having experienced S-Gs who had asserted the independence of the Secretariat from Whitehall and favouring direction from a broader range of Commonwealth leaders.”

According to Soyinka, the British went on to marshal the support of the “old” Commonwealth countries behind its candidate for the top job – Baroness Scotland.

The then Prime Minister David Cameron was especially active, describing the baroness to Justin Trudeau (elected Prime Minister of Canada on the eve of the Malta CHOGM) as “one of us.”

Soyinka’s article has not been picked up by any of the Commonwealth watchers in the British media, especially those leading campaigns against Baroness Scotland.

His  article is powerful and worthy of examination and publcity.

Not being “one of  us” as more and more crackpots and weirdos surround the new prime minister in Downing Street, could strengthn the hand of Baroness Scotland, the Commonwealth iron – through would say brazern or shamerless – lady who insists she is also not for turning.