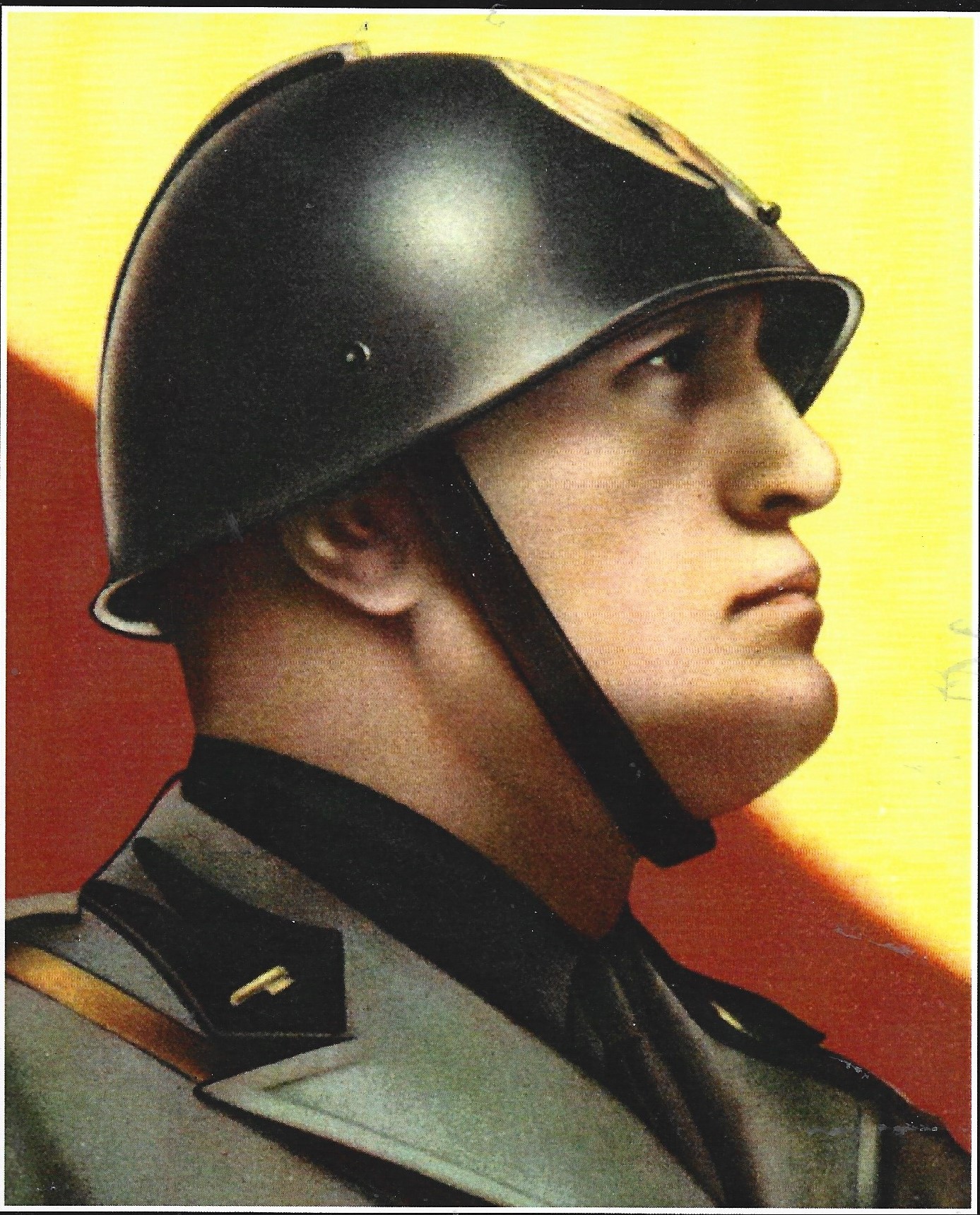 A century after the Blackshirt March on Rome in October 1922, Benito Mussolini’s ghost is haunting Europe

Apologies to Karl Marx and Friedrich Engels but 174 years after the publication of the Communist Manifesto another spectre is haunting Europe – the spectre of born-again Fascism.

Despite her overwhelming victory at last month’s general election, the 45-year old Rome-born Giorgia Meloni will have to wait until the end of the month before she is officially made prime minister of the third largest country in the European Union and head of a right-wing coalition that will lead Italy for the next five years.

Italy is about to have the most right-wing government since Benito Mussolini acted as midwife during the birth of Fascist movements throughout First World War scarred Europe after his arrival in the Eternal City at the head of his Blackshirted legions in October 1922.

For Giorgia Meloni waiting means time wasted in a country reeling from the energy crisis.

She has a whole host of changes planned, including lower taxes, a directly elected president and a pledge to pursue energy self-sufficiency amid the cost-of-living crisis that has paralysed growth and turned millions of young people into lost souls searching for a way forward – all of those a breeding ground for not only Communism but also its fiercest rival, Fascism.

But at the end of October, President Sergio Mattarella will nominate her as prime minister. She plans to hit the floor running by first handing out ministerial positions to her own party and its two coalition allies, Silvio Berlusconi’s Forza Italia and Matteo Salvini’s (Northern) League. 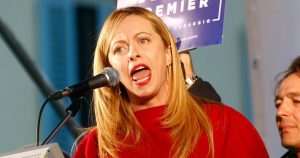 Giorgia Meloni –  A working class Fascist is something to be

The European Union is on high alert, worried about the coalition’s attitude towards Ukraine and Putin and more importantly Italy’s future role within the EU itself.

The EU Commission’s Ursula von der Leyden has expressed concern that Italy under the new right-wing coalition might seek closer ties with two of the EU’s least popular regimes, Poland and Hungary.

Even before election results were announced, she hinted that the EU would cut funds to countries pursuing policies she didn’t like.

The number of political populist parties on her hate list must be growing and surely includes the Sweden Democrats with their neo-Nazi links and growing popularity in that Scandinavian country.

Matteo Salvini, head of the League, accused her of ‘shameful arrogance.’

And that’s only for starters.

But Italy, a born-again Fascist state?

The very question is brain-battering.

Is Italy really about to fall under a new-look Fascist regime? If it is, the big question must be ‘Who next?’

Of course, no-one can say what will happen.

Hundreds of academics and journalists, politicians and pollsters are hard at work telling us what to think, with most expressing disgust (but little understanding) about the way smiling out of-the closet Fascists are daring to show their faces again and – ten times worse – win a general election in a democratic and civilised country, Italy.

‘But of course it couldn’t happen here.’ 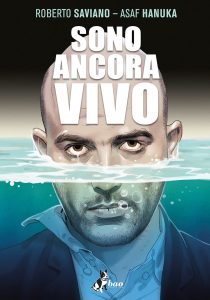 But one of the best commentators (in my opinion) is native to Italy and a man of personal courage, the essayist/screenwriter and author of the 2006 book Gomorrah that took the lid off organised crime in Naples, Roberto Saviano.

He says that time and time again, Giorgia Meloni has denied she is carrying the baton for Mussolini, although she was groomed as a teenager in one of the country’s post-war fascist parties, the Movimento Sociale Italiano (MSI).

Saviano tells us that Italy’s first woman prime minister is ‘a danger to the democratic balance in Europe. Her leadership looks to be the antithesis of what Italy needs – and not just at this difficult moment.’

In a penetrating analysis of recent events in his country the writer reminds us that Italy has always been a laboratory and had fore-shadowed so many times the coming crises in other European countries.

‘Italy had Mussolini before Hitler and the left-wing Red Brigades before Action Directe appeared in France and the Red Army Faction followed suit in Germany. Italy had Berlusconi before the US got Trump. And after years of Belusconi mis-rule, Italy produced the Five Star Movement, the first populist party led by a comedian before the rest of Europe caught up.’

Saviano is concerned about Meloni’s admiration for Hungary’s Victor Orban and her support for the anti-Semitic regime in Poland.

‘Meloni has never made any secret of collaborating closely with Orban and his allies in pursuing the common goal of strengthening the European hard right in the name of respect for national sovereignty, defence of the natural family, Christian identity and  the social market economy.’

Of course, he says, Italy’s next prime minister denies she is a Fascist.

But – ‘Parties whose lineage can be traced back to neo-Fascist movements have gone to great lengths to de-toxify and soften their image, declaring their opposition to anti-Semitism, racism and the historical Fascist experience.’

But, he goes on to say ‘Meloni dog-whistles to her neo-fascist ancestors with the Mussolini-era slogan God, Homeland, Family (Dio, patria, famiglia).

Says Saviano – ‘God, for her, does not seem to represent faith but rather a brand of Catholicism imposed as the only religion worthy of rights. The homeland’s borders must be defended, with violence if necessary and the family is not the cradle of affection but of imposition, obligation and prescription. The family is always heterosexual, its children born and recognised in the impose form.’

What sharply disturbs Saviano should also disturb the rest of us as waves of populist politicians show their faces and raise their voices not only in Europe and the USA but so many countries fed with seventy years of Marxism and Leninism in the former Soviet Union. 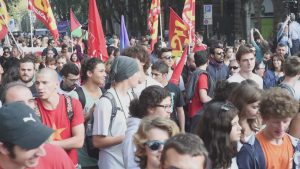 In September 2021, the youth unemployment rate in Italy was 29.8 percent. The problem of unemployment in Italy became critical in the first years of the financial crisis which started in 2008. Although the labor market crisis seriously affected the entire Italian working population, it particularly impacted the youngest part of the labor force.

He writes: ‘Meloni appears the most dangerous Italian political figure not because she explicitly evokes fascism or the practices of the Blackshirted squadristi (militia) but because of her ambiguity. She condemned Russia’s invasion of Ukraine and has been vocal in support of NATO and military aid to Kyiv. But she opposed EU sanctions on Russia, after the annexation of Crimea in 2014. And in her 2021 book ‘I am Giorgia’ she wrote that Putin’s Russia ‘defends European values and Christian identity.’

But in her ambiguity, Meloni and her partners in coalition has directed her attacks on migrants. ‘She has fuelled Italians’ fears, created an enemy, a scapegoat on which to off-load blame for public incompetence and mismanagement. During the election campaign she has tried to pass for a moderate, muting her message and advancing what she claims are new ideas to solve the so-called migrant emergency and restore the Italian spirit.’

But those who love Italy and bow before its culture, its music, poetry and see that country as the one that gave Europe the Renaissance in the 14th century the overwhelming reality is that Giorgia Meloni won and will soon have power to be good or bad, true or false, open or ambiguous.

She has what anyone and everyone wants when he or she steps into the political arena.

And her great victory has come about because of the weakness, the stupidity and the in-fighting of what’s so loosely called the Left.

Says Saviano – ‘The far right can succeed in Italy because the Left had failed, exactly as in much of the world, to offer credible visions or strategies. The Left asks people to vote against the Right, but it lacks a political vision or an economic alternative. The left sounds elitist when it communicates, while the Right has found a hyper-simplified discourse: keyword, slogans, concepts reduced to the most basic, especially on migrants, from whose violence and terrorism Italians, it seems, must be saved. Meloni is, I believe, dangerous because she comes closest to the Berlusconi school of political lies and the populist playbook that says the more total a lie is, the more people will believe it.’

Be careful, this courageous and insightful man says to us –

‘Where Italy goes, the rest of Europe will soon follow.’

This report first appeared in the October issue of the Canadian on-line magazine, ColdType.