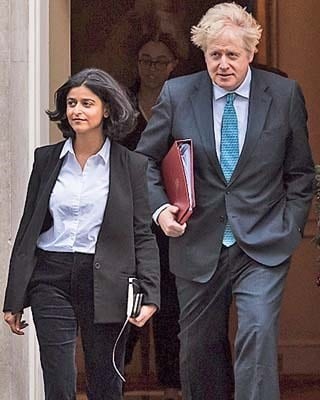 Whatever happens to Prime Minister Boris Johnson over the next few days, weeks, months, years one thing is certain. It’s Spring Cleaning time at No 10.

Question is, who’ll be in the bin when a Conservative Party Waste Disposal truck moves off to the nearest tip?

While listening to a former Tory cabinet minister directing the words of Oliver Cromwell to Boris Johnson (‘In the name of God, go!’) I looked through some old files and came across an article written on 18th September last year by Gordon Rayner, then  Associate Editor of the right-wing ‘Daily Telegraph.’

It was about the little-known married couple Munira Mirza and Dougie Smith.

In a long article, Rayner wrote, ”One (Mirza) is the straight-laced, brainiac daughter of British-Pakistan parents who found her first home in Communism. The other is a Right-wing university dropout who plays poker with millionaires and ran five-star sex parties for swingers (Smith).”

They are, he said, the most powerful husband and wife team in British politics after Boris and Carrie Johnson.

Commented one of the paper’s un-named Whitehall sources, “They are the most influential people you’ve never heard of.”

So, if you don’t know them as household names, don’t worry. Few outside No 10 do. That’s because they have never sought fame or public attention.  “But,” Rayner writes, ”you can guarantee that Mirza and Smith have affected how you are living your life right now.”

With inflation hitting 5.8 percent, fuel bills doubling in April, Brexit making it near impossible to buy a new car, rents and house prices going through the roof they have much to affect.

She’s Boris Johnson’s policy chief and, some say his political muse. She wrote much of the Conservative Party manifesto that helped to deliver a landslide win for Johnson and the Tories at the 2019 General Election. In 2018, Johnson told a magazine that Mirza was one of the five women who had influenced and inspired him the most. They included his grandma and Boadicea.  He described his right hand woman as “hip, cool, groovy and generally on-trend.” 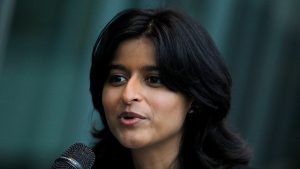 Mirza was born in Oldham, the youngest of four children.

Her father Saifuiddin was a machine tool operator at a car-parts factory while her mother, Zehra, worked part-time as an Urdu teacher. Both emigrated from Pakistan and were practicing Muslims.

After leaving Oldham Sixth Form College, Mirza went on to study English literature at Oxford where she graduated with a first-class degree in 1999.

From there, she went to the University of Kent to take a doctorate in sociology, where she was taught by the Hungarian-Canadian professor Frank Furedi, founder of the Revolutionary Communist Party (RCP).

For a while, Mirza fell under his political spell.

Says Mirza: ”I call myself left-wing but I find my arguments with people tend to be stronger with people on the Left.”

In 2008, she took up a job as cultural adviser to the Mayor of London, Boris Johnson. A former colleague told Rayner: “People sometimes say Munira isn’t imaginative enough but she’s exactly the right person for Boris because she is sensible and logical and can rein him in, telling him is something is a mad idea or a good one.”

Un-bothered by her previous political sympathies, Johnson hired Mirza as director of the No 10 policy unit as soon as he became prime minister.

The man she later met, fell in love with and married, Dougie Smith, was already part of the furniture around Downing Street.

Not much is known about the man. There’s a picture of him available on Internet but it was taken 30 years ago.

But Gordon Rayner fills in some of the gaps.

When David Cameron became Tory leader in 2005, Smith offered his skills as a speechwriter. When Cameron was replaced by Theresa May in 2016, he attached himself to Rupert Murdoch’s favourite British politician Michael Gove and when Boris Johnson became prime minister it was Dougie Smith who was given the job of vetting candidates for the general election that followed months later.

Rayner says: ”As a veteran campaigner for what had become Brexit, he (Smith) was the perfect person to select candidates who were in a suitable place on Europe. As ever, he made sure that he was the right man, in the right place at the right time.”

So, what does Dougie Smith do exactly

Rayner says it’s hard to say. “Ask anyone in Government up to and including cabinet ministers, what his job title is and you will get a variation on, ‘No one knows’ or ‘Not sure‘  or ‘I never dared to ask.’ Few even know whether he is officially based in Number 10 or CCHQ though he flits between the two at will.

“What they do agree on is that almost no one gets selected as a Tory candidate, or gets a government job, without Smith’s say-so. He will vet candidates for elections, using intelligence gathered over decades and an unrivalled knowledge of local Tory associations to root out bad apples, and will do the same for ministers, bag-carriers and even non-elected special advisers.

“As one former ministerial adviser said: ‘If you want a senior job in Government the first question is, ‘Is Dougie happy with you?’ because if you don’t have his support, you can forget it.’

Said one (un-named) MP: “Dougie is menacing, there’s no two ways about it. His Scottish accent is part of it, and he is the sort of person who will say something slightly menacing and then smile.”

Others says he has the air of a man who might at any moment head-but you.

In his article, Reyner said that Smith was, at the time of his writing, the Conservative Party’s number one trouble-shooter. “During the 2009 MPs’ expenses scandal, Smith was instrumental in deciding which MPs had gone beyond the pale, and how much they should repay.

How old Dougie is now is hard to say, probably around sixty. 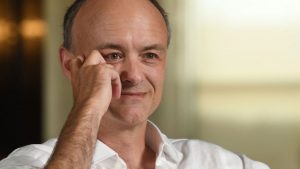 Like that other former Downing Street “fixer.” Dominic Cummings, he wears designer scruffy clothes and cares little about his appearance. Cynics believe that’s to try and give a collection of privately educated grown-up schoolboys a touch of working class street cred.

Smith, like Cummings,  was privately educated and was a drop out at the University of Strathclyde.

He gravitated towards the Conservative Party and later his driving force was Euroscepticism.

He became a close friend of Carrie Symonds (now Johnson) and part of an elite group of poker players, visiting clubs in Mayfair where he rubbed shoulders with some of the world richest people, including John Aspinall who set up The Aspinall Foundation, the animal- conservation charity that employs Carrie Johnson (both Zen and Zac Goldsmith have served as trustees).

Smith was so unapologetic about his swinging that he told one newspaper that his main motivation in setting up the business was his own pleasure, saying, ‘”It’s more action than any man could dream of.”

He described some of his clients as “the SAS of sex.”

In June 2020 Munira Mirza was appointed to lead a government enquiry into racism. An article in ‘Tatler’ (June 16, 2020) by Annabel Sampson said that she is the wife of Dougie Smith who is one of Dominic Cummings’ ‘weirdo and misfits’ recruited to liven-up the government and the Conservative Party.

To be invited, you had to send a photo and a CV to their website, detailing your address and your day job as well.

Perhaps it was just so sex party organisers could keep patrons up-to-date with what’s on next.

Or maybe to send them birthday and Christmas cards. 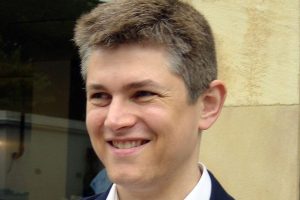 He said that raised questions about how he was vetted before being given a desk in Downing Street..

The sensational article said that Dougie Smith previously worked for Conservative HQ as a strategist and opposition researcher “digging up dirt on political opponents under David Cameron’s leadership of the party.”

And then – “He’s now been given a Number 10 pass and desk in Mr Johnson’s most senior political office, according  to Downing  Street documents seen by the ‘Mirror.’ But he does not appear on the published list of Mr Johnson’s Special Advisers.

She was sixteen years his junior. They married and settled down, his days as a swinger over and done with, of course.  Both are clever, both are survivors. One imagines that they are also quite well off.

Reyner said that the have learnt that the key to survival is to avoid office politics.

“She has also learnt a little of the darker art of politics from her husband. Colleagues say that when she has a policy she is keen to push on to the agenda, she will arrange for her team to write opinion pieces for newspapers, which are then fed to friendly and influential MPs to pass off as their own work. This’ kite-flying’, to test the public response to ideas, would be done behind the back of the No 10 communications team down the corridor.”

I think it’s sad that no one followed up Gordon Rayner’s article. At a time when the role of’ Special Advisers is under the microscope (not only here but also in America) it would be worth re-visiting.

It would be good for us members of the tax-paying public to know more about the  backgrounds of those who live under the big top of the Downing Street circus.

If Spring Cleaning starts earlier than expected, we might never get to know them.

How then would be able to appreciate the sacrifices they made in their private and financial lives before moving on to become shapers of national policy and guardians of  Boris Johnson’s version of democracy?