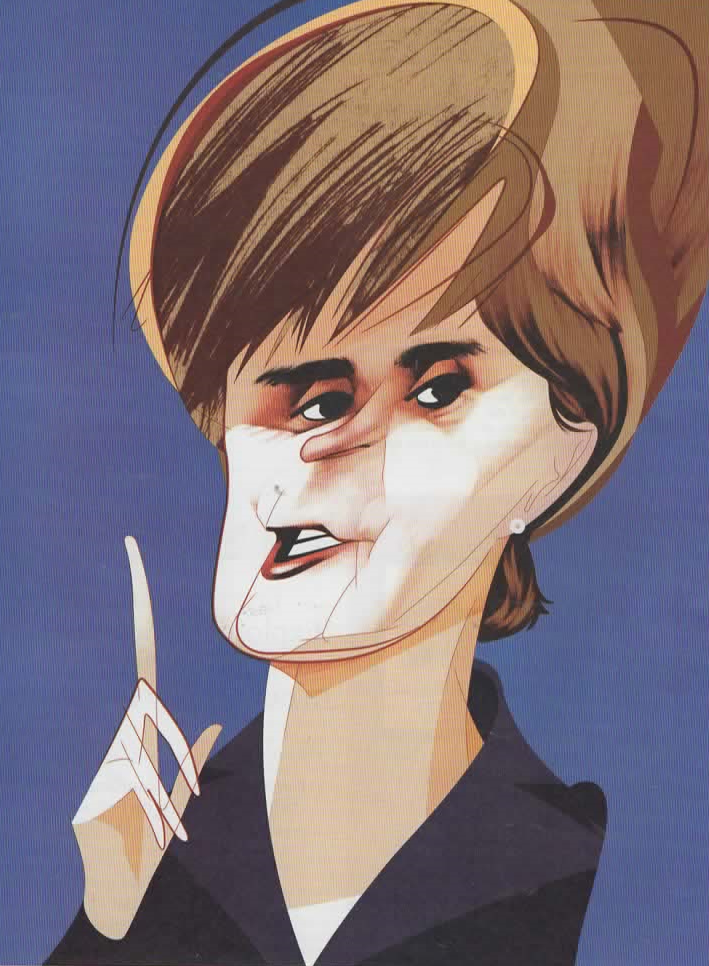 Boris Johnson has been told by Conservatives to steer clear of Scotland during the run-up to next year’s Holyrood election.

A report in The Herald (Glasgow) newspaper (November 6, 2020) by the paper’s UK Political Editor, Michael Settle, said that Boris Johnson  is loathed throughout Scotland and that he fuels a desire for independence which would lead to the break-up of the United Kingdom.

The reporter questioned how long Boris Johnson can survive with a no-deal yet  Brexit just round the corner.

And the cry for Johnson to keep away from Scotland grew louder after it was learned that on 16th November 2002 John son told a group of northern England Conservative MPs that Scottish devolution, which saw the creation of a Scottish Government in 1998, was ” a disaster.”

In September 1997, there was a referendum in Scotland in which people voted for devolution. The UK Parliament then passed the Scotland Act 1998 which established the Scottish Parliament, which opened in 1999, and transferred some of the powers previously held at Westminster.

Most Scots now believe that Boris Johnson is paving the way for Scotalnd Independence and the possibly break-up of the Uited Kingdom.

The Conservative Party’s grandees are watching the man they used to calll ” bouncy Boris” and asking one another if his days as prime minister are drawing to a close. 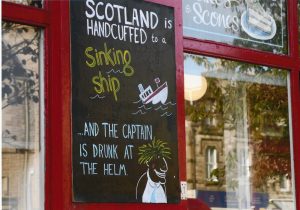 Handcuffed to a sinking ship and Boris Johnson  . . . a poster in a shop window at Portobello, an Edinburgh suburb (Picture: Trevor Grundy)

Commenting on the BBC’s flagship Radio Four (17 November), the former Conservative Foreign Minister and Secretary of State for Scotland, Sir Malcolm Rifkind, said that describing devolution as “a disaster” was but another example of “the rather loose language that Boris Johnson  occasionally  uses.”

Those close to the Scottish National Party say that the remark will infuriate most Scots.

Settle wrote – “One former minister (un-named) told The Herald, that Johnson would be told to stay away from Scotland in the run-up to May’s Holyrood (Scottish Parliament) election in order not to harm the Conservative Party’s chances in the face of an expected Scottish National Party (SNP) surge and a Labour collapse.”

Settle quoted a  minister who asked:  “How many Tory candidates for the Holyrood election will put Boris on their leaflets? None. Anyone in the Conservative Party doesn’t want him anywhere near that election. They won’t want him to come up, they won’t want any photos.”

The reporter added: “Last month, analysis suggested Scottish voters’ ‘loathing’ of Mr Johnson was the biggest factor driving them to back independence and that eleven consecutive snapshots have shown a lead for Scotland leaving the UK. The analysis suggested some 79 percent of swing voters agreed with the view that the PM was ‘not the leader I want for my country.’ “ 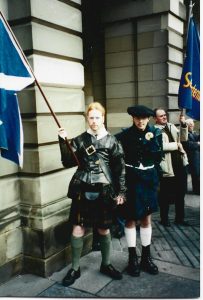 Scottish traditionalists at the end of a march in Edinburgh’s Royal Mile (Picture: Trevor Grundy)

The Herald isn’t the only British newspaper wondering how long Boris John son can survive as prime minister.

An article in The Times ( November 6, 2020) by James Forsyth, the political editor of the right-wing The Spectator, said that the election of Joe Biden as President of the USA could make life that much harder for the British prime minister.

“Boris Johnson,“ Forsyth wrote ,”has been thinking about how to adjust to a Biden presidency for some time. The downsides for his government are obvious. Biden fiercely opposed Brexit and those around him, like many of the American left, look to London and see a mini-Trump. They will regard other leaders from Angela Merkel to Emmanuel Macron as more natural partners. The first phone calls are likely ot go to them, not to Johnson. As one influential government figure puts it, the transition from Trump to Biden between now and January is the moment of maximum danger for the UK.’

When the political editor of The Spectator levels strong criticism about a Conservative prime minister with an 84 majority in the House of Commons it’s time for Johnson and co to duck.

Perhaps the kindest thing Forsyth said about Johnson was that he was not given to either “intellectual self-reflection or admitting error.”

Trevor Grundy writes: Since the election result  in USA, Britons  who are at the edge of Brexit have been reminded  many times by political commentators that President-elect Joe Biden has  described Boris Johnson as ” a physical and emotional clone” of Donald Trump. 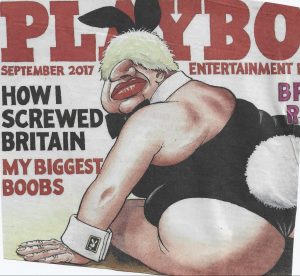 Media mockery is the unpopular politician’s most deadly enemy

But what journalists from The Herald in Scotland and The Spectator in England have to say about Boris Johnson fades into insignificance compared with what a former Conservative Secretary of State for International Development, Rory Stewart, had to say about the man he stood against for the leadership of the Conservative Party after the fall of Theresa May.

Writing in the Times Literary Supplement (TSL) and the New European newspaper, Stewart – an Old Etonian and graduate of Oxford University – said that Johnson  had mastered the use of “error, exaggeration, diminution , equivocation and flat denial. He had perfected casuistry, circumlocution, false equivalence and false analogy.  He is equally adept at the ironic jest, the fib and the grand lie; the weasel word and half-truth; the hyperbolic lie, the obvious lie and the bullshit lie.”

He wrote: “Johnson is the most accomplished liar in public life. . . .Perhaps the best liar ever to serve as prime minister.”

Stewart was born in Hong Kong 47 years ago. His father was a Scottish military man.

How long Boris Johnson will be able to duck, dive and shield himself as criticism mounts concerning his  policies  and his various personalities is capturing the attention of the British people,  increasingly tired of ” bullshit lies.”

Not for very much longer, say so many Conservative grandees in Scotland.

But what a pity that those talking so bravely from behind  face masks, don’t lower them so we can see who  they are.

And whatever his critics say, it would be unwise to wave goodbye to the man Private Eye magazine calls  BoJo  for a while yet.

Johnson once said that his favourite movie scene was  the massacre  at the end of The Godfather in which Michael Corleone ruthlessly orchestrates the assassination of other New York Mafia dons.

Writing in The Times (November 10, 2020) columnist Rachel Sylvester said – “Johnson has shown he is not afraid to translate fictional savagery into political brutality. Certainly, Corleone would have been impressed by the way in which the prime minister bumped off 21 senior Tory MPs, including two former chancellors and Winston Churchill’s grandson Sir Nicholas Soames who rebelled against him to vote against a no-deal Brexit.”

Whether Rory Stewart will wake up one day and find he had been sleeping next to the severed head of a racehorse remains to be seen.