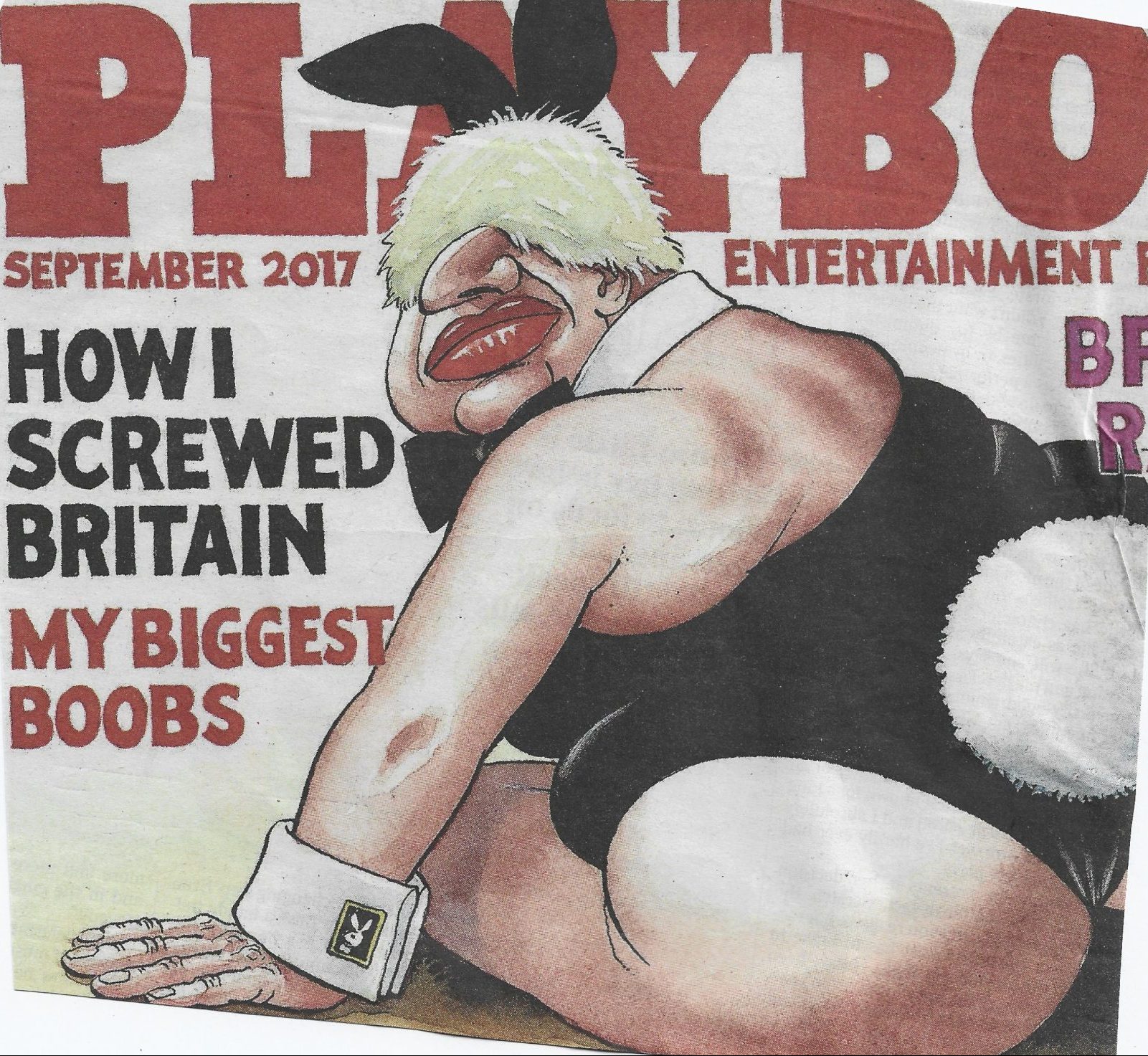 Conservative MPs have praised it as a triumph, the day that marks the end of decades of inter-party squabbling about Britain’s role in Europe.

After signing the EU trade treaty (December 30,2020) that marked the end of Britain’s 47-year  relationship with the most powerful trading bloc in the world, Boris Johnson said: “This is not the end of Britain as a European country. We are in many ways the quintessential European civilisation . . . and we will continue to be that.”

The opposition leader, Sir Keith Starmer had whipped Labour MPs to back the agreement saying he had studied a 1,200 pages document released last week for four years.

And as Britain tip-toed towards becoming  a  Gilbert and Sullivan one-party state, a  Conservative with the interesting surname of Cash added to the fun, likening Boris Johnson to Alexander the Great slashing the Gordian Knot with a mighty blow of his sword.  “Churchill and Thatcher would have been deeply proud of his achievements and so are we,” said the man who we might one day see red-robed in the House of Lords.

“Spartans who had held out three times against Theresa May’s deal could now lower their spears, said Mark Francois (Cons.MP)

Not to be out-done in the grovelling stakes, Conor Burns from Bournemouth West, one of England’s wealthiest  constituencies, piped-in with more joyous words – “It is a new golden era for this country.”

Golden for some, Conor.

While the Conservative Party and right-wing newspapers that include the Daily Telegraph , Daily Express and Daily Mail struck up a new version of Beethoven’s Ode to Joy there were others who formed a less well-paid, but just as important band of talented, street-wise  musicians.

In an article that touched the hearts and souls of those who wanted Britain to stay and play a more imaginative and dynamic role in the  EU, journalist Martin Fletcher said in the New Statesman- “We will be turning our backs not on some economic construct, but on the greatest and noblest experiment in international collaboration the world has known and we will be doing to gracelessly, arrogantly and after the most infantile of national debates.”

Yes, there had been EU mistakes a-plenty in the past, “but in fewer than 70 years – a blink in the eye in historical terms – it has united the Anglo-Saxons, Gauls, Teutons, Romans, Slavs, Hispanics, Celts, Norse, Balts and other tribes in Europe around shared democratic values after centuries of conflict that culminated in two world wars.”

He added: ”It has done all of that without  seriously eroding the people’s sense of nationhood. Are the French less French because of their EU membership, the Germans less German or the Italians less Italian? Do Johnson, Jacob Rees-Mogg or Nigel Farage really feel less British or English, than their parents? I doubt it.”

His loathing of Boris Johnson is apparent and should be applauded.

“As a former Brussels correspondent I also know that readers of Britain’s rabidly Eurosceptic newspapers were told little of the above, least of all by the Telegraph’s Johnson and that dire 2016 referendum ( to stay in or leave the EU) did little to enlighten them.

“The Brexiteers blamed the EU for problems that were none of their making. They relentlessly deployed their sneers, lies and simplistic slogans to portray it as a malign and oppressive force, preposterously likening it to Nazi Germany on occasion. Instead of trying to reform  it from within  they willed its collapse. They have portrayed our real friends and allies as enemies while giving unspeakable Donald Trump a free pass.

“They have, moreover, shamelessly inflamed a sense of national superiority and world-beating arrogance that was best left latent. ‘We’re a much better country than every single one of them’ Gavin Williamson, the Education Secretary, bragged this month after  Britain became the first Western country to approve a Covid-19 vaccine. He blithely disregarded the fact that the vaccine was developed in Germany and made in Belgium.

Another prominent journalist and broadcaster Libby Purves said in The Times (December 28, 2020)  that it was important to remember the 2000 year relationship between Britain and Europe.

“It is, “she said, “ridiculous to pretend as a few idiot politicians do, that Britain somehow developed all by itself. We are part of a rich cultural European stew.”

She said it is  important not to let the idea of Europe get reduced to mere trade or to the dull-witted cadre who only valued Europe  for sunshine, sky slopes or stag parties.

“The continent and its people, with the greatnesses, absurdities and dreams, nourish us all. As lawyers and traders slog through the small print, the rest of us can wrap ourselves once more in the worn, ragged, magnificent patchwork Cloak of Many Countries. It’s not over.”

It isn’t for the Scots who want to break from the rest of Britain so they can  face the future as Europeans, not puppets dancing to tunes played by Johnson and his Little England spear holders in London.

Today, The Guardian  carried reports about what major figures in Europe are saying about Britain.

“There is absolutely nothing good about Brexit, said Nikolaus Blome in der Spiegel. He suggested that Brexit would never have happened had not Conservative politicians (mainly Johnson and Gove) deceived and lied to the British people.

“Much of the British media were complicit, constantly trampling on fairness and facts, leaving Britain captured by gambling liars, frivolous clowns and their paid cheerleaders.”

And the German historian Helene von Bismarck doubted Brexit would end what she described as a very British brand of populism.

“British populism is a political method, not an ideology and it does not become redundant with Brexit.”

Looking to the future, she said –“Populists depend on enemies, real or imagined, to legitimise their actions and deflect from their own shortcomings.”

So if the EU has been the enemy abroad since 2016 the need now will be for enemies within – anyone who criticises the ruling elite around Johnson and people who see him as a reincarnation of Alexander the Great.

Spy writers know a lot about inventing enemies. What would they be without them?

In his semi-autobiographical novel A Perfect Spy, the late John le Carre has man-on-the-run Magnus Pym saying that linking class to patriotism is frequent and dangerous.

“  . . . I know the poor souls for what they were: members of that large, lost family of the British unprofessional classes which seems to wander by right between the secret services, the automobile clubs and the richer private charities. Not bad men, by any means. Not dishonest men. Not stupid. But men who see the threat to their class as synonymous with the threat to England and never wandered far enough to know the difference.” 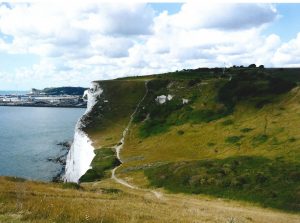 White Cliffs and in the distance the port of Dover in Kent (Picture: Trevor Grundy)

Last week, at  the edge of crumbling chalk and  separation from a continent we know well and love, my wife and I walked along the cliff between Saint Margaret’s Bay to the port of Dover in Kent.

It was a clear day and 27 miles across the water was Europe.

But because of the Covid-19 pandemic we won’t be going there for a while yet. I’ve been out of Kent only once this year and that  was to Bishop’s Castle and Ludlow Castle in Shropshire, both reminders of our closeness to Europe.

But things can only get better. Johnson tells us that every day of the week and anyhow, soon it will be midnight and a bottle of good Italian wine beckons.

And there is one great plus sign (or to use the language of the day ) up-tick.

More and more people who were fooled first time round by Johnson and his cash- happy breed of liars will have time on their hands, time to think again.

As I look for the corkscrew and a couple of glasses, I pray that she’s right.