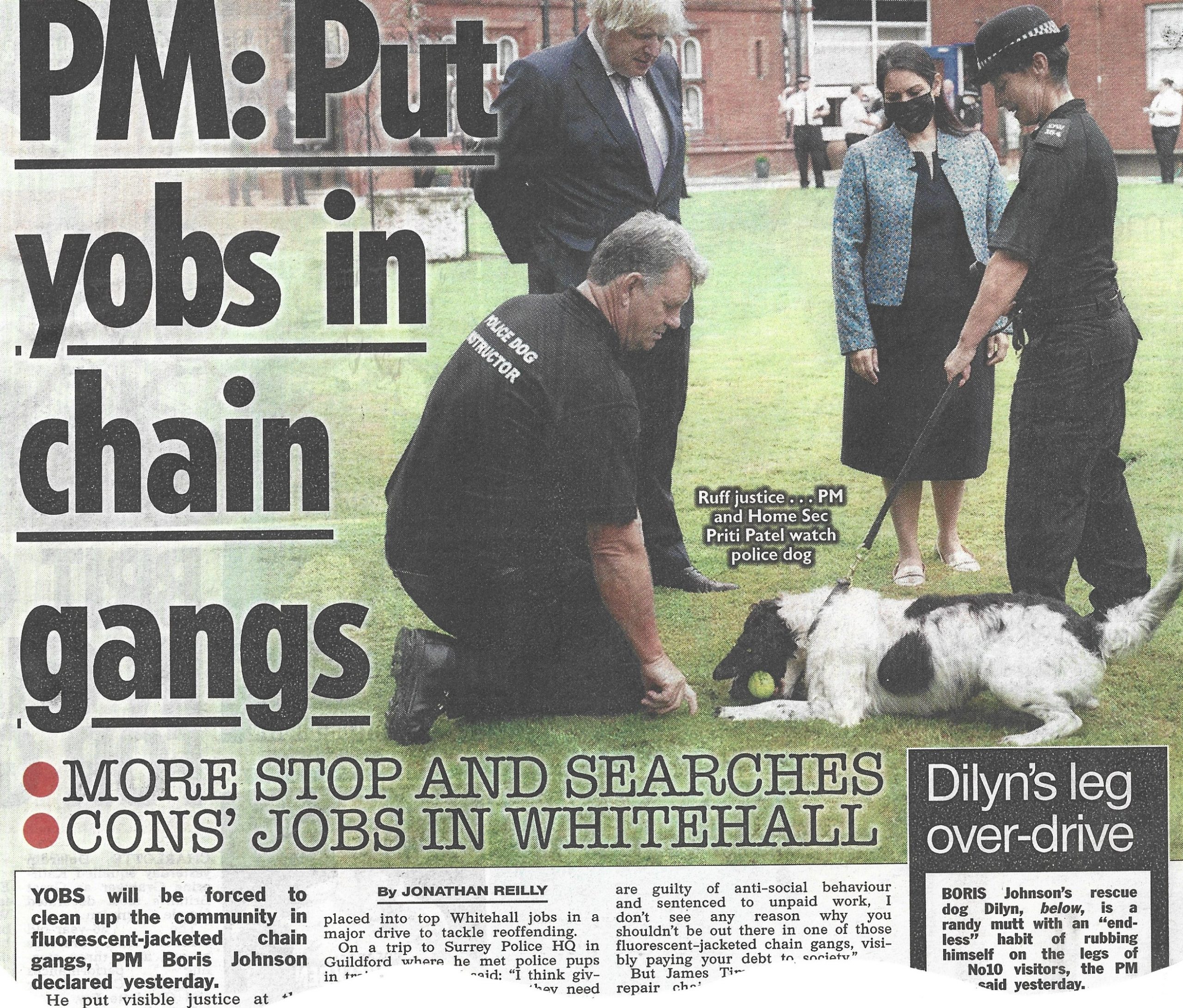 The scheme is part of Johnson’s ‘Beating Crime Plan’ and the government’s way of making “yobs pay back to the community they’ve blighted.”

The plan, which is described by some of this country’s most senior police officers as weird and gimmicky, says that GPS monitoring of offenders will be extended to cover half the country’s police forces.

GPS tracking refers to a Global Positioning Service that entails a network of 24 satellites in orbit and devices on the ground that can establish a person or objects with precision.

Unveiling the plan (July 27, 2021) Boris Johnson spoke about a trial of alcohol monitoring tags which check whether those guilty of drink-fuelled crime stay off the booze.

Officers will also be given more powers to seize knives under a relaxation of restrictions on their stop and search powers.

Says Patel: “The public want to see justice done and criminals pay the price for their crimes. They want to see yobs pay back to the communities they’ve blighted by their thoughtless actions.” 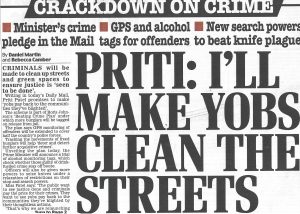 So Johnson’s spin doctors have come up with a new longer-than-normal mantra – “Less crime, fewer victims and a safer society.”

“An admirable aim, I’m sure you will agree,” writes criminal barrister Rob Rinder in the mass circulation (Rupert Murdoch- owned ) The Sun  today.

Other are less cheery.

Police chiefs have condemned Johnson’s strategy to beat crime as “weird and gimmicky”.

A report in The Guardian says senior police officers, the rank and file, opposition politicians and even some business leaders rebuked it.

The shadow justice secretary David Lammy said the plan was “tinkering” and would do nothing to rebuild a broken system.

He said:  ”It is just a re-hash of policies that won’t make our streets safer or prevent offending. Delays in the courts are at a record high while convictions for the most serious crimes including rape are at a record low. The government’s tinkering proposals do little to reverse the effect of the closure of 295 courts in England and Wales, or to deal with the massive cuts to drug treatment services the police the CPS and the whole justice system his government has made since 2010.”

2010 was when that the Conservatives got rid of 23,500 police staff jobs in order to save money. That figure included more than 7,000 cuts to Police Community Support Officer (PCSO) roles.

The most affected region was London which lost almost half (47 percent of 9,000 jobs) of its police staff including 72 percent of PCSOs.

Trade union leaders said at the time that the police cuts were an absolute disgrace.  “The Tories talk tough on crime but in reality they’ve spent the last decade denying police forces the resources they need to keep the public safe,” said Rachel Harrison, a leading unionist and Labour supporter.

Since winning a landslide election at the end of 2019, the Conservative Party committed itself to the recruitment of 6,000 police officers for the first year of a new parliament. This was to be followed by a further 14,000 new officers across the next two years bringing the final figure to what it was eleven years ago.

The Guardian says that police chiefs mocked the government’s latest plan to beat crime and said it was launched without consulting leaders in law enforcement or frontline police officers,

One man, James Timpson (who is a leading light in the shoe repair business) employs dozens of offenders.  He told The Guardian: “Instead of making offenders wear hi-vis jackets in chain gangs, how about helping them get a real job instead?”.

Christian leaders have remained silent on Johnson’s description of men serving sentence as “yobs” who should be put in chain gangs.

It is not yet clear if this old Etonian, Oxford University-educated journalist turned prime minister would also like to see them manacled.