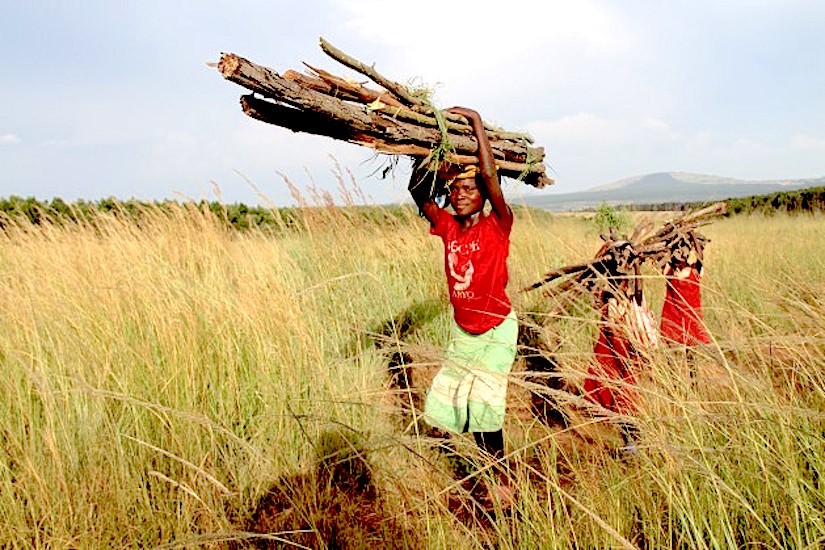 Feeding China’s growing need for cheap tobacco is creating deserts in Zimbabwe which only forty years ago was one of Africa’s most successful food-producing countries.

An article by the Zimbabwean journalist Tonderayi Mukeredzi in the California based on-line nature protection magazine ‘Mongabay’ said (February 3, 2022) that tobacco farmers are responsible for a fifth of the total annual deforestation in Zimbabwe because they are  cutting down trees in their curing barns in the absence of anything but wood as a fuel to cure low grade tobacco.

The journalist wrote that while the practice is not permitted, enforcement remains lax and solutions such as establishing woodlots have not proved fast or scalable enough to address the problem.  And this, say desperately worried conservationists, in a country that was tipped for success on a grand-scale at its independence from Britain forty two years ago.

The Zimbabwean journalist wrote: ‘With Zimbabwe expected to produce 300,000 metric tons of tobacco by 2025, which will require burning ten times as much wood, the current situation is un-sustainable, officials warn.’

But do any of the politicians in Emmerson Mnangagwa’s corrupt and inefficient ruling party listen?

That’s the question as millions of unemployed Zimbabweans see so much of their country turning into deserts. 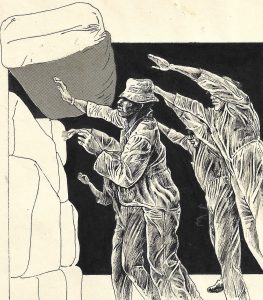 Almost three years ago, ‘The Times’ correspondent in South Africa Jane Flanagan wrote that an estimated 815,000 acres of forest are being chopped down every year ‘as its desperate people resort to firewood to cope with poverty, blackouts and a scarcity of (other) fuel.’

She said: ’Conservationists warn that Zimbabwe could be reduced to a desert in a generation if the rate of deforestation goes unchecked.’

And that’s the way it’s going. The path to destruction is paved by political ignorance and commercial greed.

Under an article headlined Zimbabwe ‘turning into a desert as desperate population cut down forests’ she said (November 30, 2019): ‘The price of cooking gas has increased by 600 percent. For many struggling families, firewood and charcoal have become the only source of energy – and selling it their only means to survive with unemployment at 90 percent.

The need to survive is our strongest instinct. We all know that.

‘People need to feed themselves and heat their homes,’ Abendigo Marufu of the Zimbabwe Forestry Commission said.

And what does the law administered by out of touch men and women living in virtual palaces in Africa mean to starving people in sprawling rural area without electricity?

Charcoal production is illegal in Zimbabwe. But it can be imported from neighbouring countries, Malawi, Mozambique and Zambia.

As Flanagan pointed out,  poverty-stricken mothers are ready to face a fine or even go to prison in order to put food into their mouths of their children . 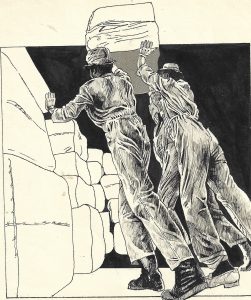 And waves of drought make food production in so many parts of that ill-fated country hard, often impossible.

In his timely and most important report, Mukeredzi wrote,  ‘Since Netty Joyce started growing tobacco twelve years ago, she and her neighbours have ransacked the forest near her home for firewood to cure their crop.

‘The 62-year old farmer all her life, began growing tobacco because it’s more profitable than other crops. In 2000, according to Zimbabwe’s Tobacco Industry Marketing Board (TIMB) there were 6,000 small-scale tobacco farmers like Mukanganise,  growing tobacco on small plots of 1-3 hectares (2.5 -7.4 acres). Following a land distribution programme that allowed tens of thousands of black farmers to claim land from largely white landowners, the number of small-scale producers peaked at around 137,000 in 2019.

‘Tobacco is the country’s second-biggest foreign currency earner, but its production comes at great cost to the environment as most farmers burn wood to cure their crop. The curing barns used by smallholders require ten kilograms (twenty two pounds) of wood for every kilo of tobacco.’ 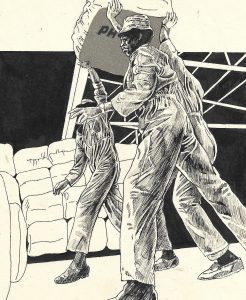 Said one white Zimbabwean whose knowledge of the tobacco industry is second to none, ’Deforestation is a significant negative to tobacco growing and indigenous forest degradation is a huge consequential problem that shall have massive impact on the ecology. Food first I say, then net exportable status next. The land grab (in 2000 and beyond) was the single most stupid mistake Mugabe made. He did it as a vengeful pogrom firstly, and then secondly, he saw massive opportunity for patronage to keep the security and military faithful (not to mention his own chefs, all so susceptible to internecine back-stabbing). But the most damaging aspect of it was that Zimbabwe is now a net importer of food. Finally, farming methods have deteriorated. That’s a fine legacy for a country!’

Soon after Independence, and after seven years of war, Zimbabwe was seen as a southern African breadbasket.

At Independence – and after seven years of war – Zimbabwe was one of the world’s biggest producers of Virginia flue-cured leaf. In 1980, almost up to the land grab in 2000, whites ran the industry.

Today, the vast amount of tobacco sold overseas is of low quality. But it’s cheap and eagerly sucked-up by a growing demand in China.

Cheap fags for the Chinese.  More money for the tobacco companies.  More deserts for the Zimbabweans.

(All  pen and ink illustrations courtesy of the esteemed Zimbabwean artist Penny Kirkman who was commissioned to draw them for ‘Tobacco Today’ in 1987 when that monthly magazine was the official organ of the Zimbabwe Tobacco Association (ZTA).