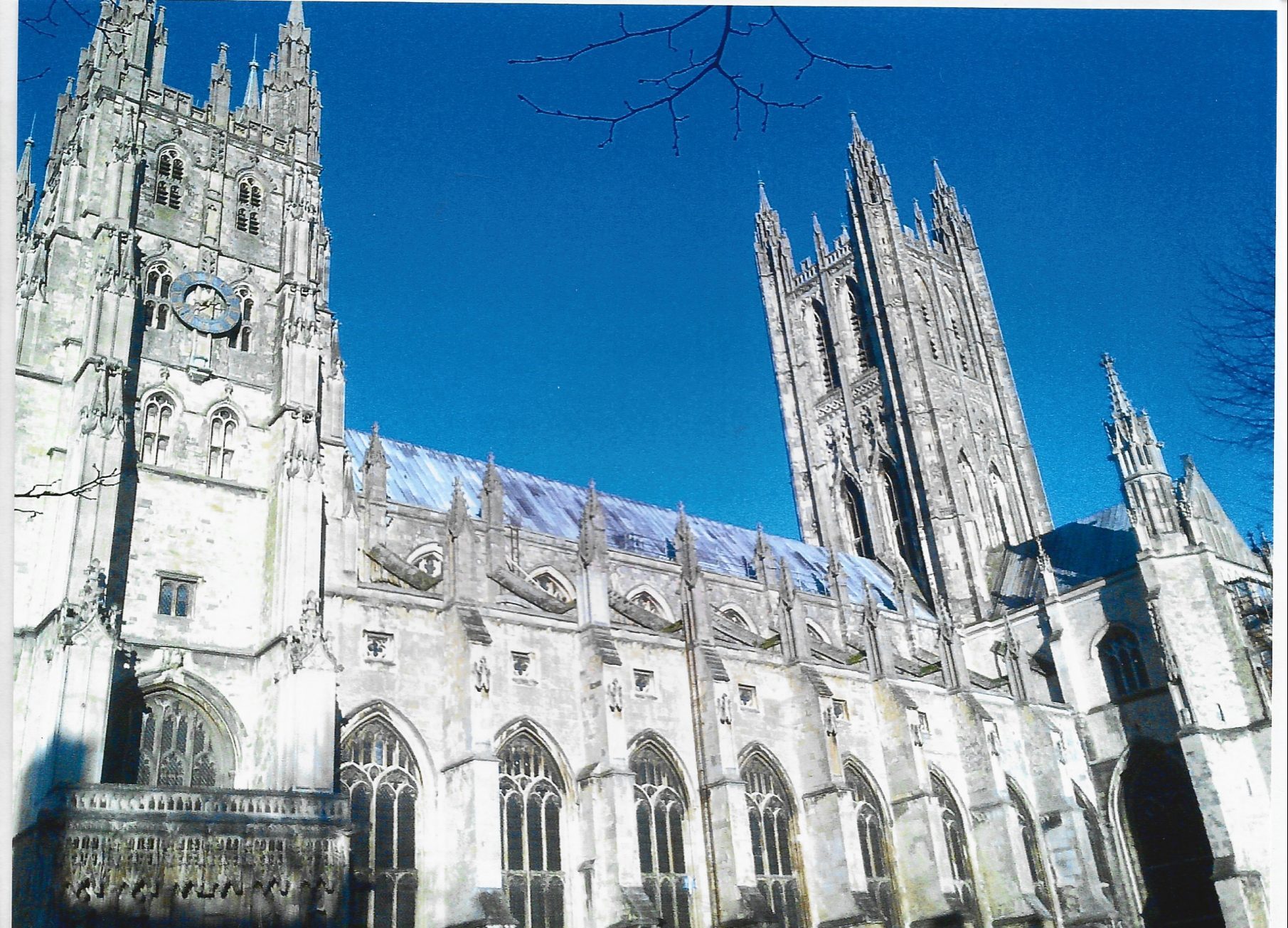 It’s the 850th anniversary of the murder in Canterbury Cathedral of Thomas Becket and razor-sharp knives are out once again. This time, thankfully, they are verbal, not metal.

Because of the Covid-19 epidemic, the 2020 Martyrdom Service, which normally sees hundreds of modern-day pilgrims attending a mass that is partly in Latin while circling the Mother Church of the Anglican Communion with lit candles and then  arriving  at  the exact  spot where the Roman Catholic saint was butchered by four knights on December 29, 1170, will be a tickets only affair.

At a time when Christian leaders appears to have lost their flocks in secular Britain, the Martyrdom Service at Canterbury Cathedral is seen by “the faithful” as one of the highlights of the year.

The story is so well-known, it needs no repeating. 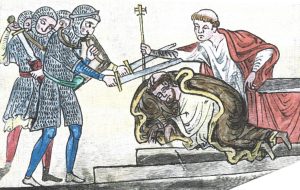 But this year, as a handful of worshippers prepare to walk around the cathedral on a bitterly cold afternoon, one of this country’s best known religious commentators, A.N. Wilson, has issued a scathing attack on the leaders of the country’s two most important religious figures – Justin Welby, Archbishop of Canterbury(Anglican) and Vincent Nichols, Archbishop of Westminster (Roman Catholic).

“The Archbishop of Wokeness Welby and the equally inept Nichols are not leaders that the faithful deserve” yelled a headline in The Times on Christmas Day.

Remembering how the death of Becket inspired millions to see archbishops as courageous defenders of the Faith, he wrote –

”I do not suppose there is a single person in the country who finds Justin Welby an inspiring figure. Whether we think of his egotistical gesture of celebrating the Easter liturgy from the kitchen of a dismal flat in Lambeth Palace, or his recent suggestion that centuries of church monuments, many of great beauty, should be gouged out in order to satisfy his judgmental reading of history, the Archbishop of Canterbury seems like a prize Charlie.”

“Catholics are no better off than the Church of England. Indeed, it is impossible to think of any period when the country has had two such utter chumps in charge of the rival churches. Vincent Nichols is a man who this year has faced calls from many Catholics to resign. This follows the report, 162 pages in length, about child abuse in the Catholic church. Of Nicholas, the report stated, ‘There is no acknowledgment of any personal responsibility to lead or influence change’ even though the cases involved appalling crimes which Nichols either tried to cover up or whose gravity he did not seem to recognise.”

Wilson, the author of books about Jesus and St Paul, asked:  “Where on earth did those responsible for appointing bishops find these duds?”

There were few moments of comfort and joy in his Christmas Day message to readers of The Times.

This, the least bell-ringing 0f all –

“Maybe the habit of church-going in northern Europe is doomed. Nevertheless,  it would be more stylish had the two mainstream churches managed to hearten their hungry flocks by appointing archbishops of some intellectual or spiritual distinction. I am not calling for them to be murdered in their cathedrals  but some Becket-like display of loyalty  to what the church historically stands for would be valued, even by those  who no longer go to church.”