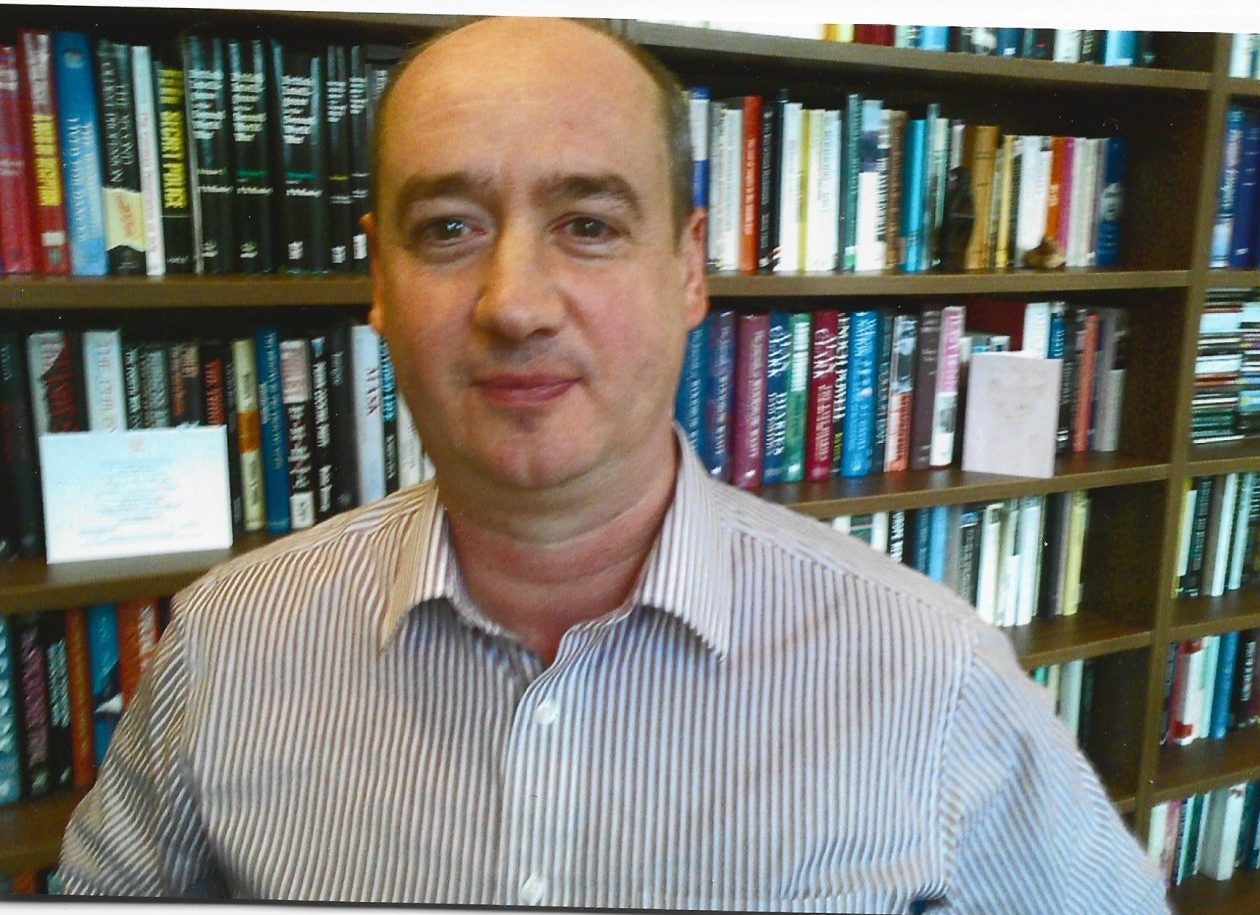 Academics from around the world are protesting against an “irresponsible“ and  “counter-productive” proposal by the University of London to bring to an end work at one of the Commonwealth’s best respected and most valuable research units – the Institute of Commonwealth Studies (ICwS).

It comes at a time when leaders of the Black Lives Matter movement are demanding that historians remove the veils that cover hideous racial crimes against black people during the zenith of British imperialism in the 19th and first half of the 20th centuries.

Eighty -one leading academics put their names to a protest letter published  in The Times  (October 31, 2020).

Victoria Schofield, chair of the editorial board of the magazine The Round Table said that the intention to close the institute is “particularly  baffling given the context of a renewed interest in and indeed urgency of questions relating to imperial and colonial legacies both within the UK and around the world.”

She said: ”The intention to close the institute would suggest that the decision-makers at the University of London are advocates of Little England rather than Global Britain. My colleagues on the editorial board of The Round Table are unanimous in expressing dismay at this regrettable short-sighted and ill-considered proposal.”

The institute is housed and financed by the University of London and Wendy Thomson, the university’s Vice-chancellor said that the reason for the planned closure of the institute were “pressing financial challenges compounded by Covid-19.”

Earlier this month, the University of London unveiled its “new strategy” for the School of Advanced Study.

It explained that due to the “significant” financial challenges faced by the School, it must “now consider all means of preserving viability and securing its future”.

The Institute of Commonwealth Studies along with the Institute of Latin American Studies are earmarked for closure, with “key academic initiatives” and staff to be redeployed to other parts of the School.

Prof Thomson said no one has suggested to her that colonial guilt is behind the plans to shut down the institute.

“I completely understand the concerns of Commonwealth scholars and officials and will be meeting several as part of our consultation into the proposals,” she said.

“I will be reassuring them that while the names of institutes may be retired, key work into topics such as refugee law, post-colonial history and Black British history will continue elsewhere in the School of Advanced Studies.

“Our proposals demonstrate our intention to prioritise key academic work ahead of Institutional structures.”

Prof Thompson said that the institute’s collection will remain in the Senate House Library and there are proposals for a new annual Conference to mark Commonwealth Day each year.

One of the best respected Commonwealth academics and director of the Institute of Commonwealth Studies, Professor Philip Murphy told the newspaper’s History Correspondent, Mark Bridge, that there is “bemusement in the academic community that at the moment, with a particular interest in Black British history and the legacies of empire and de-colonisation, the university is closing down an institute that has pioneered work in all those fields and has supported these areas for decades, when other units and institutes are just beginning to pick up on that.”

The letter published by The Times – signed by 181 top academics specialising in Commonwealth affairs – made mention of the concerns of  Black Lives Matter.

It said: “ The idea that the institute should be abolished is frankly irresponsible and counter-productive, when representation of slavery and empire are being debated, when Black Lives Matter is forcing us to examine how we respect and protect diversity, when students are desperate to better understand colonial legacies and given that after Brexit the governments wants a ‘Global Britain’ with stronger Commonwealth ties. We need the institute more than ever.”

Director Professor Philip Murphy is one of Britain’s best respected academics on the Commonwealth and the British Empire. There is deep is concern among his colleagues that this man who has championed the multi-racial/multi-cultural “Club” for so long and contributed massively to its development could lose his job.

Were that to happen,  the  “Little Englanders” mentioned by Victoria Schofield will not be reaching out for handkerchiefs to dry their eyes. 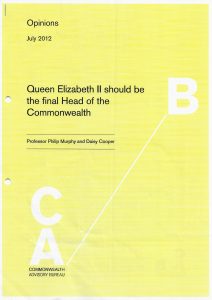 The opening words set the tone of  the argument that followed – “Lurking not far beneath the surface of the current celebrations of the Queen’s Diamond Jubilee is a nagging anxiety: what happens next? Nowhere is this more acute than in Commonwealth circles. The future of the headship of the Commonwealth, a role the Queen has played with such dedication, is in doubt. Should it pass to her heir, Prince Charles? Dig a little deeper and you soon encounter off-the-record expressions of doubt about Charles’s suitability.” 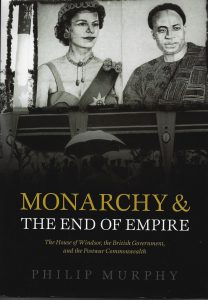 Professor Murphy is author of  Monarchy and  The End of Empire –The House of Windsor, the British Government and the Postwar Commonwealth  (Oxford University Press, 2013.)

He graduated with a doctorate from the University of Oxford and taught at the Universities of Keele and Reading before taking up his current post.

Meantime, a new book on the way the British establishment resisted the abolition of slavery and how millions of pounds (in today’s money) were paid by the British government in 1834 to slave owners – never to slaves – will be of particular interest to BLM activists.

The book is The Interest – How the British Establishment Resisted the Abolition of Slavery by Michael Taylor (Bodley Head 362 pp. £20).

Reviewing the book, Ben Wilson of The Times said (October 31, 2020) that in revealing what was going on  in British colonies and in the minds of people known  collectively as the establishment  the author aims to undermine the myth that William Wilberforce and co rode “a wave of  Christian sentiment to undo a great evil”  and that that emancipation was a triumph for British democracy.

Says Wilson: “Taylor intends The Interest to be a corrective to British self-congratulation about slavery.”

The autobiography of one of the Commonwealth’s most dynamic secretary-generals, Shridath  Ramphal (Glimpses of a Global Life (Hansib, 624 pp, 201d) contains further details about the way the British compensated slave owners, while neglecting the victims of slavery.

One of the slave owners most enriched by British largesse to slave owners was the father of William Gladstone, who used a part of his huge compensation package to educate his son and turn him into the 19th century’s  best- known  liberal prime minister of the United Kingdom.

Trevor Grundy writes – Tonight (November 1, 2020 ) four ex-Secretary- Generals of the Commonwealth wrote to officials at the University expressing anger and frustration abut the planned closure of the Institute of Commonwealth Studies.

Proposed closure of the Institute of Commonwealth Studies

We, the undersigned, write as four former holders of the office of Commonwealth Secretary-General. We come from Guyana, Nigeria, New Zealand and India. Together we were privileged to have been involved in the leadership of the Commonwealth from 1975 to 2016, a period of over forty years. We know from personal experience how strong has been the ‘golden thread’ of education across the Commonwealth and how deeply embedded in that international relationship is the University of London, with links to many Commonwealth countries and countless of their students. The strength of that Commonwealth connection shines through any rollcall of the University’s distinguished alumni, just as today it is evident within the leadership of the University, its staff and its many students. We were therefore profoundly shocked to hear that the University is intending to close the Institute of Commonwealth Studies, possibly in a matter of months, with little time for consultation or reflection. 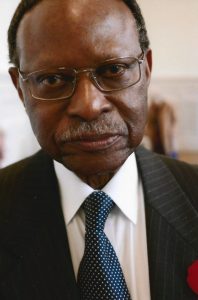 At the outset, we acknowledge and sympathise with the University in the unprecedented challenges it currently faces because of the Covid 19 pandemic. We know that these include huge financial pressures. However, we are concerned that the hurried nature of the proposals concerning the Institute of Commonwealth Studies and the evident desire on the part of the School of Advanced Study to limit the consultation process and not to explore alternative solutions, risks inflicting real damage on the University’s unique international reputation, in return for minimal financial savings.

If the University’s importance within the Commonwealth is beyond dispute, the beating heart of that relationship is the Institute of Commonwealth Studies. Since its foundation in 1949, the Institute has grown and evolved in tune with the development of the modern Commonwealth. It stands as a unique global resource dedicated to study of the Commonwealth, decolonisation and postcolonialism. Supported by a world-class research library, it has shown itself to be an international centre of excellence, in both teaching and research. A recent outstanding contribution to international knowledge has been the completion of the Commonwealth Oral History Project, with its digital resource of over seventy interviews with significant Commonwealth figures. Its work in human rights and refugee law has been no less distinguished. 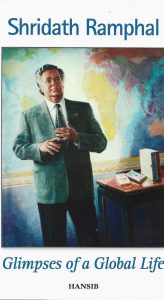 The Institute’s convening power is illustrated by its ability to attract international students and early career academics; its varied programme of workshops and conferences involving many Commonwealth organisations; and its large network of current and former research fellows. For example, it became a natural refuge for Chandrika Kumaratunga while in exile and before her return to win Sri Lanka’s Presidency in 1995. Similarly, it became the place that Albie Sachs, grievously wounded by an apartheid bomb, was able to conduct pioneering work on South Africa’s post-apartheid constitution and its constitutional court.

However, none of this is about the past: it is all about the relevance and importance of the Institute to the future. The Institute’s work is valued throughout the Commonwealth and speaks to a United Kingdom outside the European Union, seeking a new direction as ‘global Britain.’ It has resonance within the UK, and beyond, in the lives of those who are a product of a former colonial relationship, seeking to live together in harmony, reconciled to the past and to each other. It is central to the global imperative to rise above resurgent nationalism and reinvigorate the forces of multilateralism and international cooperation.

We therefore urge the School of Advanced Study and the University itself to reconsider the proposal to close the Institute of Commonwealth Studies, to maintain its important Commonwealth links and embark on a wider and more measured process of consultation, taking into account the University’s extensive international interests and undoubted global reputation. . 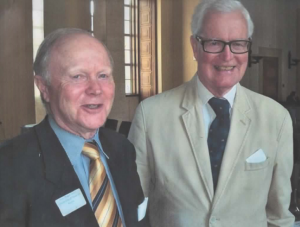 One of America’s best known and most widely respected historians, Wm. Roger Louis (left) author of the  monumental “Ends of British Imperialism – The Scramble for Empire, Suez and Decolonisation”( I.B. Tauris.2006, 1064 pp) with Lord Hurd of Westwell at the one- day conference on Dag Hammarskjold held at the University of London on September 2, 2011.

The conference was one of several on vital Commonwealth issues and concerns organised by Professor Murphy and his team of experts at the Institute of  Commonwealth Studies,  which is  now facing closure (Picture: Trevor Grundy)