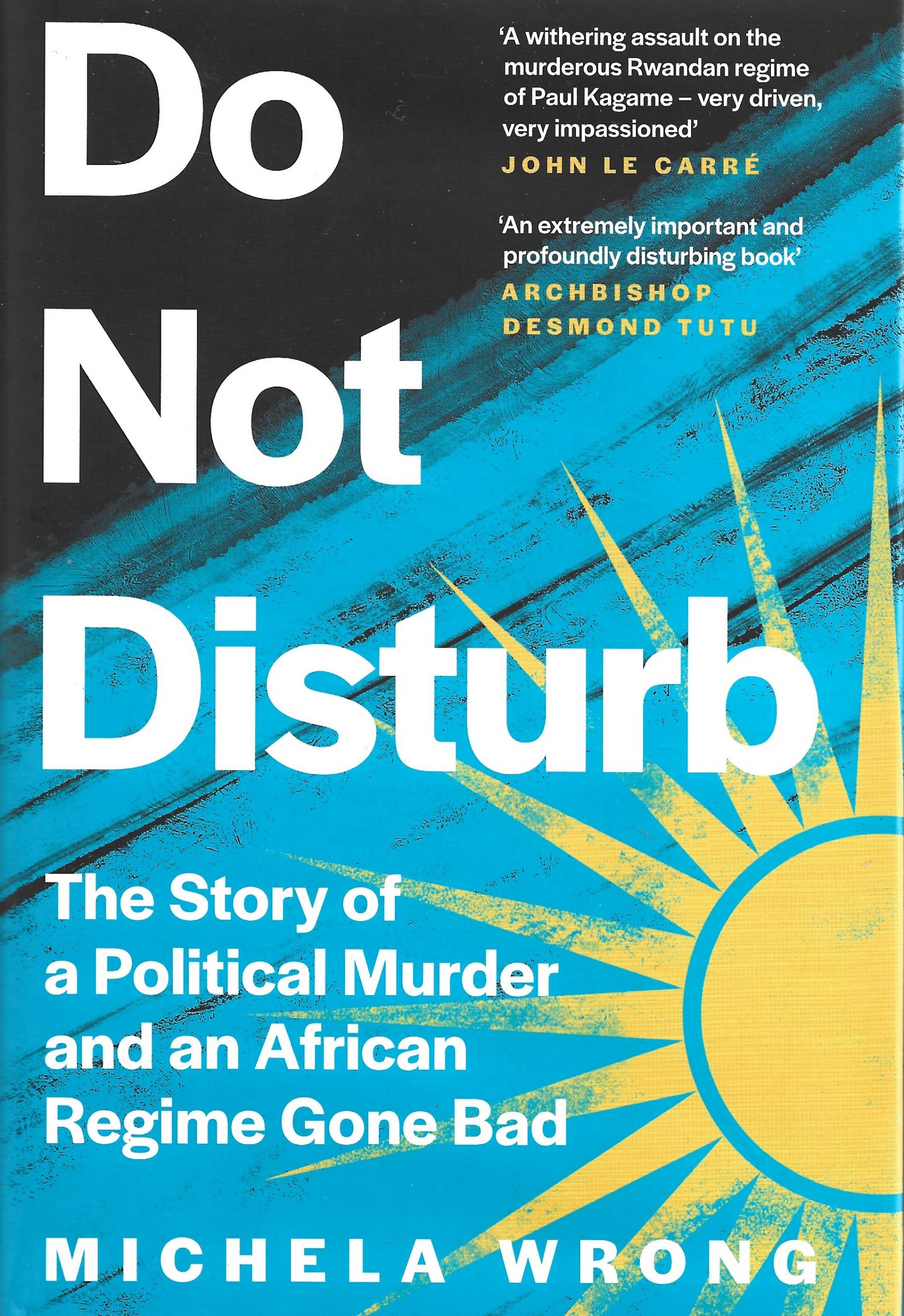 ‘DO NOT DISTURB -The story of a political murder and an African Regime gone bad’ by Michela Wrong (Fourth Estate, London 2021 pp. 488)

Until recently, historians have been disinclined to dig too deeply into the individual psychologies, or the political backgrounds, of the journalists and authors who covered Africa from Ghana’s independence in 1957 to South Africa’s first democratic elections in 1994.

With few exceptions, they believed that once the hand of whitey had been removed from around the necks of tens of millions of dirt-poor Africans, new tribal-free leaders of courage, integrity and vision would arise, like Phoenixes from the ashes of colonialism.

It was a warm and re-assuring dream for the “enlightened”  children of Empire to believe in.

Today, there are only three or four countries in the world’s hungriest continent free from ruthless, on-the-make politicians breeding corruption and fuelling long – supressed fury.

For years, Paul Kagame’s Rwanda has been presented to the world as one of the few where decency and dignity have been restored after decades of  chaos and destruction.

Paul Kagame – like Benito Mussolini before him – makes trains  and their equivalents in Rwanda) run on time. In Rwanda, the streets are spotless and the head of state uses donor aid intelligently.

So if there’s a bit of brutality and personal bravado in the background to national renewal, who much cares? 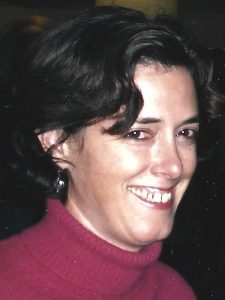 So, hats off to Michela Wrong for spending several years of her life painting a picture of the other side of Rwanda, one not shown to the world in galleries owned by the Davos in-crowd who hail Paul Kagame as the poster-boy for international donor/aid projects, not only in Africa but throughout the world.

“Do Not Disturb: The Story of a Political Murder and an African Regime Gone Bad” stands out as the most ambitious attempt so far to tell the dark story of that tiny country in Central Africa, and spell-out its importance as a conduit for the supply of essential minerals to the western world.

Without them, you wouldn’t be using a mobile phone this morning.

She has written a book that’s important, revealing and timely as we get ready for next month’s bi-annual meeting of 54 leaders of the Commonwealth (CHOGM) in Kigali, where the streets are clean but where the opposition is silent or in prison.

There can be few people who do not know about the genocide that followed the destruction of a plane over Kigali on the night of April 6, 1994 and the ensuing deaths of two prominent African heads of state, one from Rwanda, the other from neighbouring Burundi.

This was followed by a hundred days of mass slaughter – a genocide that claimed the lives of between 800,000 to a million people, most of them Tutsis, victims of their great tribal rivals, the Hutus.

Even now, there is no way of identifying the men who fired missiles that destroyed that plane.

What is certain, is that it was the spark that set alight a fire that led to a genocide in Central Africa that reminded the aware of the Holocaust in World War Two, the slaughter of the innocent in Cambodia under Pol Pot and the starvation of millions of Ukrainians in the 1930s when Stalin ran the USSR. 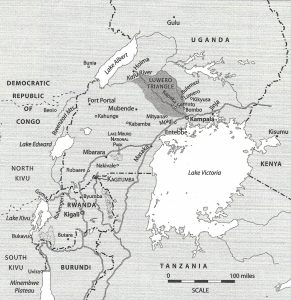 Most of the world’s media had representatives in South Africa in April 1994,  all of them bursting with enthusiasm about the birth of the Rainbow Nation following that country’s first democratic general election.

When she finally got to Kigali, she sustained her own core belief that things would come right for Rwanda (even after the mysterious death in 1990 of that country’s well-loved RPF head and former Ugandan Army commander, General Frederick Rwigyema) by backing Paul Kagame.

There are two main strands in this cleverly constructed book.

The first is a brave attempt to tell the dark story of Rwanda and the region’s troubled history. I agree with a man who also spent years covering Africa, Howard W. French, that Wrong’s version is as good as it gets.

He reminds us that the cycle of tragedy started under European rule when first the Germans and then the Belgians ran Rwanda and its just as small neighbour, Burundi. Historians tell us that the white invaders spun racial fantasies about their colonies’ two main ethnic groups while favouring the long-legged, tall, ‘aristocratic’ Tutsis, rather than the majority small, squat, heavily built Hutus.

In Rwanda, the Belgians strongly preferred the admission of Tutsis into schools and within the colonial administration. Then in 1959 – three years before independence – the Belgians abruptly reversed course, fearful that Tutsi leaders and intellectuals were too close to the watered down Marxism favoured by Julius Nyerere in Tanzania.

To make matters worse, the Tutsis carried out a coup in Burundi and that led to yet another western world ignored massacre -this time of Hutus by Tutsis.

The region was a field of gunpowder waiting for someone, or something, to strike a match and blow the whole place to smithereens.

A long-awaited and much-dreaded spark came on April 6 when that plane came down in Kigali.

The second strand of this most worthwhile book is a mixture of Michela Wrong’s personal experience of men she knew who served the RPF and Kagame loyally but who later distanced themselves from this African despot, all of them shattered and disillusioned following displays of ruthlessness worthy of any of the Great Dictators of the 1930s.

About her slow ride towards Damascus, she writes: “There came a day when, with a near audible mental ping, I realised I no longer believed most of the key ‘truths’ upon which the Rwandan Patriotic Front (RPF) had built its account, and hadn’t for ages. It felt like a relief. Shibboleths can weigh heavily on the soul.”

Indeed, the bulk of this book is about the fate of those once closest to Kagame, men she says “who had lost faith in the man and the project and found themselves out in  the freezing  cold, struggling to make sense of their own personal trajectories.”

Pictures show three of those men – Patrick Karegeya, the one-time head of external security in Rwanda who was murdered in a Johannesburg hotel in 2014 by still unknown assassins but probably by men acting on the orders of Paul Kagame:  assassination attempts on General Kayumba Nyamwasa, former head of military intelligence, commander of gendamerie, army chief of staff, former Rwandan ambassador to India and a founder member of one of the leading opposition groups in Rwanda today, the Rwanda National Congress (RNC) and the charismatic  General Fred Rwigyema, former chief of the Ugandan army, the inspirational head of the RPF who was killed in still mysterious circumstances in 1990.

Words of great affection -even love- appear at the very end of the book. About the long gone General Fred she writes:

”Unblemished by age or the corruption of office, beyond the reach of any presidential re-writing of the national narrative, he was the hero taken before the genocide that poisoned everything it touched. Forever young, forever handsome, forever brimming with unfulfilled promise, Fred Rwigyema is that most dangerous of things, the future the RPF promised but failed to deliver, a symbol of the Utopia for which Rwandans still pine.”

Wrong is clearly amazed that Paul Kagame escapes criticism in the western world while spying on his own people, suppressing the press, jailing and sometime torturing opposition leaders and silencing anyone who complains too loudly.

She writes: “Kagame’s regime, whose deplorable record on human rights abuses at home is beyond debate, has also been caught red-handed attempting the most lurid of assassinations on the soil of foreign allies, not once but many times.”

Further she says –  ”Western funding for his aid dependent country has not suffered, the admiring articles by foreign journalists have not ceased, sanctions have not been applied and the invitation to Davos have not dried up.”

It took me a week to read Michel Wrong’s book. I count not a second wasted. My admiration for her achievement is boundless.

What great courage she shows. To shed long held beliefs and admit you were misled and wrong is a hard thing to do, especially for a writer who made her name on one of the world’s best respected newspapers, The Financial Times.

This book is full of anecdotes and quotes.

The most pertinent, I believe, is one by Franz Fanon.

My guess is that it neatly dovetails with the author’s present mood and feelings about Africa, even about herself.

”Sometimes,” Fanon writes in his book Black Skin, White Masks “people hold a core belief that is very strong. When they are presented with evidence that works against that belief, the new evidence cannot be accepted. It would create a feeling that is extremely uncomfortable, called cognitive dissonance. And because it is so important to protect the core belief, they will rationalise, ignore and even deny anything that doesn’t fit in with that core belief.”

This important journalist has  written a book that is history from the view of the little person looking up, instead of the big one looking down.

Let the Commonwealth champions of human rights meeting in Kigali in June take lessons from her in courage, frankness and verve.