Trevor Grundy is an English journalist who lived and worked in Central, Eastern and Southern Africa from 1966-1996. 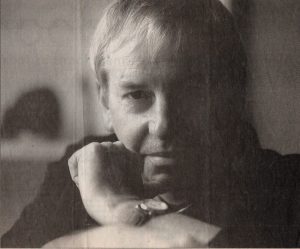 He is the author of “Memoir of a Fascist Childhood” (William Heinemann, 1998) and Arrow Books (1999). It was one of London’s best- selling books at the start of 1998 (Evening Standard). After its publication, he toured Israel and spoke to young Jews about Fascism in Britain and then completed a round-tour of the UK’s main colleges with large Jewish intakes. William Heinemann’s PR department said the book was the most widely- reviewed book published by Random House in 1998.

He is a regular contributor to The Times, Asianaffairs, magazine, Cold Type (Canada/USA), Politicsweb (South Africa) and was until recently the UK correspondent for the American based Religion News Service (RNS).

Between 2006-2009 he was a full time researcher on the story of the life and times of the late Sir Garfield Todd (Prime Minister of Southern Rhodesia between 1953-1959). Published in 2018 by Weaver Press, Zimbabwe, under the title “Garfield Todd –The End of the Liberal Dream in Rhodesia” by Susan Woodhouse.

He is a member of the National Union of Journalists and the Commonwealth Journalists Association and has been a team member of Commonwealth instructors helping to raise journalistic standards in The Gambia and Sierra Leone. In 2013 he travelled to Busan, in South Korea to cover the 10th conference of the World Conference of Churches for Ecumenical News, Geneva and Washington. 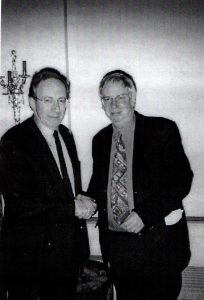