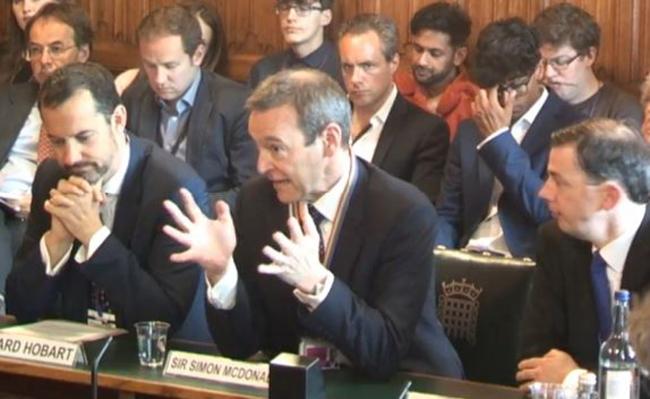 London, April 23, 2020  – – – Britain’s Health Minister Mat Hancock should stop “spinning”  when it comes to telling the truth about the Johnson Government’s mis-handling of the coronavirus, says an editorial in Britain’s most widely read tabloid newspaper, The Sun (today).

Under a two word heading “Stop Spinning” the Rupert Murdoch –owned red-top daily said that Hancock must “stop spinning and be honest” and stop pretending   that the Johnson government‘s testing strategy is “anything but a fiasco.”

Asking why tests are down after Boris Johnson and Mat Hancock promised 100,000 a day by the end of this month and why NHS staff are forced to travel huge distances  a testing centre, only to be turned away, the paper said : “The crisis is grim enough without people feeling  misled by those they are trusting to see through it.” 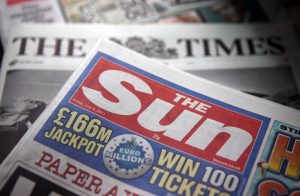 And the much more up-market The Times (also owned by Rupert Murdoch) said editorially that at a time of Cabinet drift “the government response to the coronavirus pandemic is looking shaky. Asa Boris Johnson returns to work, he needs to take control.”

The paper said the sooner Boris Johnson gets back to work the better, adding: “In the past few days it has become increasingly apparent that the government’s response to this crisis is unconvincing.”

The conservative-leaning daily said that it is true that the pandemic has posed unprecedented challenges that have tested every government in the world.

“But some, such as Germany and Greece, have risen to these challenges in a way that Mr Johnson’s government has failed to do. It needs urgently to get a grip and start delivering on the promises that it scatters like confetti.”

The paper said that so many ministerial pronouncements and promises have left the British public baffled.

“The approach towards testing was one such example with the prime minister one day announcing a target of 250,000 tests a day, and the next day deciding that only those hospitalised would be tested, before then concluding that testing would be a priority again.  Appeals to the private sector for help making ventilators and PPE and setting up a diagnostic sector have come too late in the day, at the point when it is clear that the clinical need is overwhelming.” 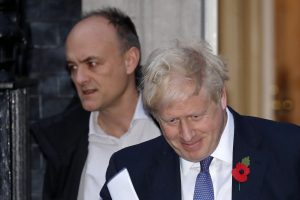 Boris Johnson and special adviser Dominic Cummings . . . quick with three word slogans, slow to move in a fight to beat a killer virus.

It added: “This sense of government adrift, unable to respond to the magnitude of events, has only intensified in Mr Johnson’s absence.”

These words of warning come when there is mounting anger that the public has been told a pack of lies by ministers who turned down an offer by the European Union to help Britain get hold of vital equipment that would have lessened the spread of the killer virus.

Britain’s top diplomat, Sir Simon Macdonald, permanent secretary at the Foreign Office, has been humiliated in his private and professional lives by being forced by the Johnson government to backtrack after he enraged the government by claiming that ministers made a political decision not to take part in an EU scheme to buy protective equipment and ventilators.

It is a fact that Boris Johnson built his political career on ridiculing and mocking almost every single thing the EU ever tried to achieve when he was a journalist in Brussels. And he won an election last year while riding on a three word slogan thought up by his special adviser Dominic Cummings –Get Brexit done.

Sir Simon initially told a parliamentary committee that the UK government was fully aware of “what was on offer” and made a “political decision to reject it.”

Now the man has been forced to do a humiliating somersault and say sorry to the government for “Inadvertently and wrongly “misleading a parliamentary committee. “

But despite all this play acting, angry Britons are asking why Germany went into action the moment the coronavirus showed its head and why the British government waited for over 50 days before ordering a lockdown.

More than 100 health workers have died from the virus

The Johnson government – to stave off growing public anger – claimed that invitations from the EU to join its scheme were sent to defunct email addresses in Whitehall, leading to ministers missing a deadline to join its first rounds.

But The Times report today insists that the joint procurement was discussed in a series of meetings in Brussels attended by UK officials.

He said – “This is not a trivial matter. Ministers need to explain what has happened and who is speaking for the government on this matter.”

He called on the government to be frank about the way the deadline for being involved with the EU initiative was “missed or deliberately passed up” and that the Johnson  government’s evident unwillingness to work with the EU through the current crisis is unforgiveable.”

Figures  released tonight by the government showed another 763 deaths over the last 24 hours, bringing the number of deaths from Covid -19 to 18,100. But that figure does not include those who died at home, or in care homes in England and Northern Ireland. The Financial Times said in an analysis  of figures obtained from the Office for National Statistics that if all deaths in communities (homes) and state-run and private care homes  were included that figure would ass up to 41,102.

The 2017-2018 seasonal ‘flu outbreak killed 50,000 in the UK but “the reason we did not get alarmed then,” Carl Henegan, Professor of Evidence-based medicine at Oxford University told the FT “was that they were spread over many weeks.”