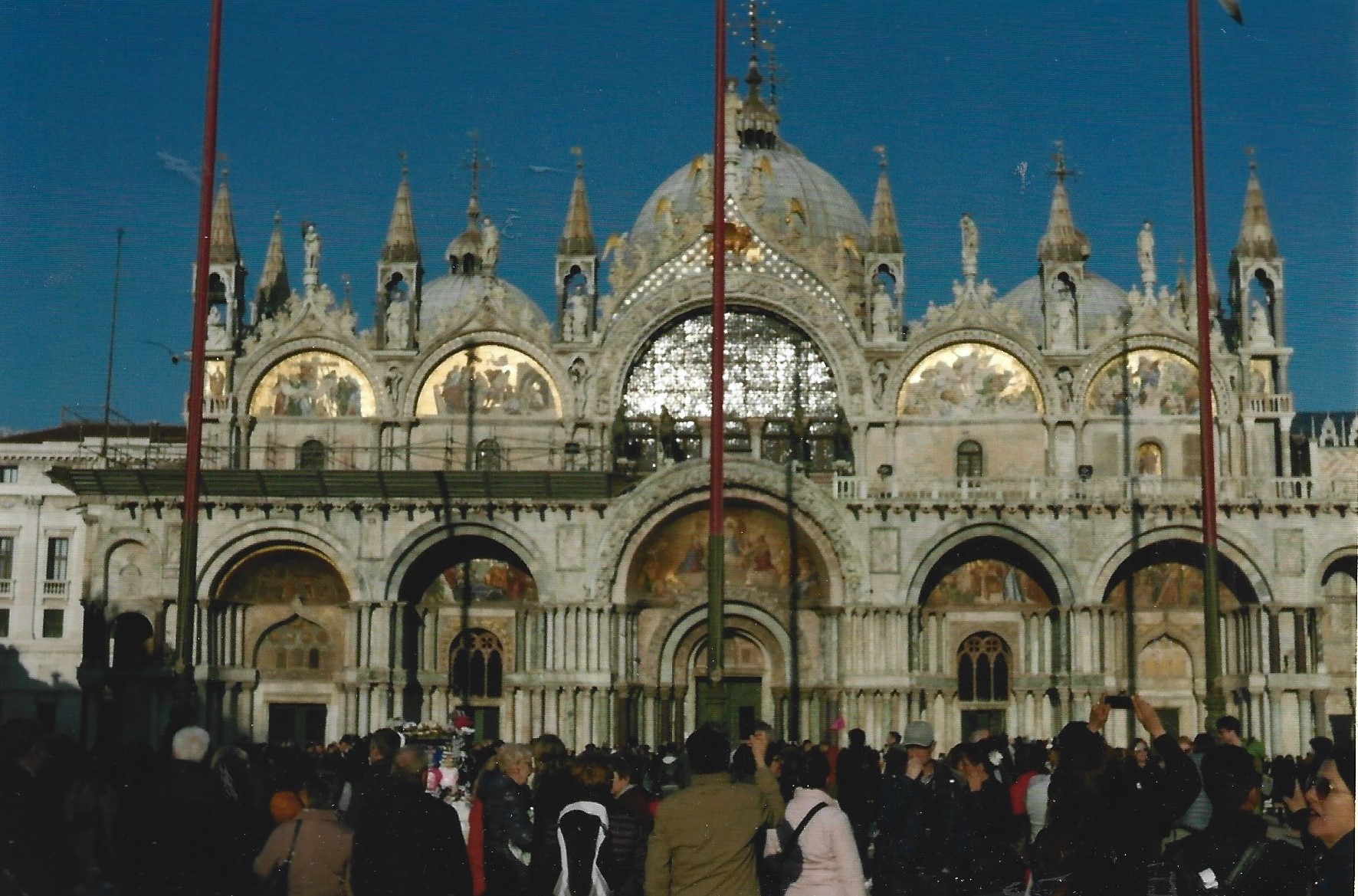 Basilica di San Marco,  with its 13th century mosaics and 125 types of rare marble.  It is an  exquisite shrine encapsulating the Venetian Republic’s vision of itself as the successor to Constantinople. (Picture: Trevor Grundy)-

Repeated floods are slowly crumbling St Mark’s Basilica in Venice, one of the world’s most visited sites.

Now, comes something different and just as worrying. 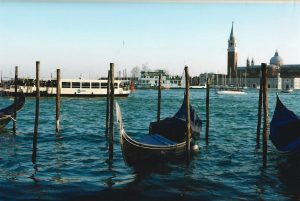 Gondolas moored along the quay at Venice ( Picture: Trevor Grundy)

Saltwater is corroding marble and mosaics, forcing officials to use cheapskate and unsatisfactory measures  to keep one of the world’s best known and most loved 11th century  Christian cathedrals standing.

Carlo Alberto Terrerin, who is responsible for the upkeep of the Byzantine basilica, said that although the situation is now dramatic, no-one in Italy or anywhere else was intervening.

He was speaking after the Italian newspaper La Stampa published a photograph of a column propped up with wooden blocks held in place by a green fabric strap, the sort of thing you’d wrap round a suitcase before boarding a plane.

Over the picture, the caption read: “St Mark’s, the shameful secret.”

Officials in Venice say that the saltwater that regularly floods the basilica is creating devastating problems. 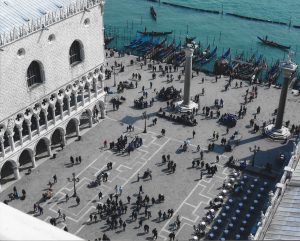 Looking down on part of the Ducal Palace in Venice from the top of St Mark’s Bell Tower (Picture: Trevor Grundy)

In a report on the damage caused by floods in 2019, architect Mario Piana warned of the effect of saltwater on the building’s delicate structure. “Damage from the high tide is threatening the stability of certain features.”

After the floods two years ago, Venice faced clean -up bill of hundreds of millions of euros. Sewage tainted rivers coursed down streets as water levels surged 1.87 m above normal, the highest since the 1.94m during the flooding in 1966, which drove thousands of Venetians out of the city forever. 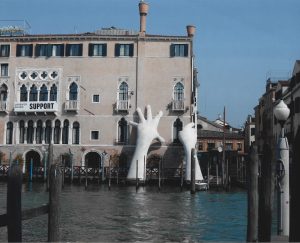 Campaigns to save Venice from rising tides, sea salts and too many tourists are underway – but it  is all too little, too late (Picture: Trevor Grundy)

“Venice is on its knees,” said mayor Luigo Brugnaro..

Tradition has it that Venice was founded in AD 421. But that is being challenged by archaeologists who have found submerged remains of an ancient Roman road and harbour close to St Mark’s.

If the present trend  continues, St Mark’s and a long forgotten Roman road could one day find themselves as under water neighbours.