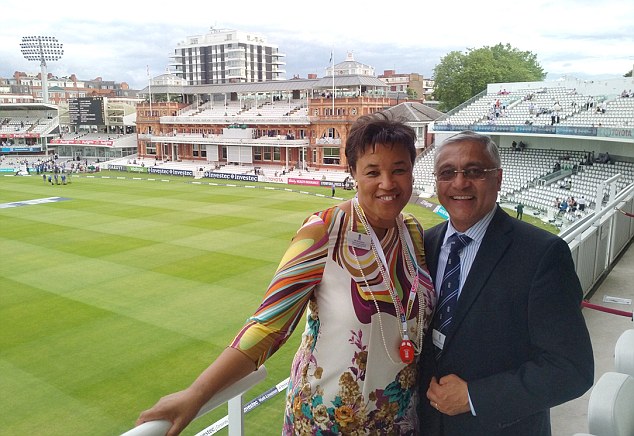 At a time when Britain is looking for friends outside the EU, leading Commonwealth countries have suspended contributions to the scandal-hit Commonwealth Secretariat, the body that shapes and guides the 54-nation multi-racial, multi-cultural ‘club’ representing 2.4 billion people globally. TREVOR GRUNDY reports

Commonwealth watchdogs are straining at the leash, barking loudly and warning that a campaign led by Australia, Britain and New Zealand to remove Baroness Patricia Scotland as secretary-general of the Commonwealth could lead to a damaging race row.

Club supporters are expressing concern that the 64-year old baroness – born in Dominica but a British citizen – might have tarnished the reputation of the multi-racial organisation so badly, if she is found guilty of circumventing tendering rules and spending hundreds of thousands of pounds refurbishing her grace and favour home in Mayfair, that it could take decades to re-build. 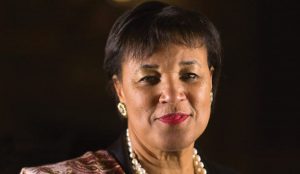 For her part, Lady Scotland is said to have accused those three ‘white’ founder members of the Commonwealth of a racially motivated campaign against her after they withdrew discretionary funding from the Commonwealth Secretariat in London.

Their decision was in response to an audit that exposed governance failings under her leadership. Canada had already stopped its funding in 2014, citing problems with accountancy and transparency.

Her four-year stint as secretary-general ends this month and British premier Boris Johnson is heading a move to deny her a second term. With an automatic extension of her term of office blocked, whether she stays or goes as the Commonwealth’s number two is now the question. It will be answered at the next Heads of Government Meeting (CHOGM) in Kigali, Rwanda this coming June, if not before.

The immediate cause of the ‘Scotland saga’ was a leaked report by external auditor KPMG, which criticised the payment of consultancy fees to Lord Patel of Bradford, a friend of Lady Scotland and a fellow Labour peer.
He received £90,000 to undertake a three-month review of the Secretariat and its workings. That was followed by another payment of £162,000 for a further six months’ work.

Sadly, not even the Secretariat’s own audit committee is able to obtain a copy of this report.
Baroness Scotland’s lawyers, Carter-Ruck, insist that by hiring Lord Patel without inviting competitive bids and thus avoiding the normal tendering process, she acted in the interests of the Commonwealth, as the Secretariat was in a very poor state when she took over as secretary-general in April 2016, following her election to the £160,000 a year job at the Malta CHOGM in 2015.

But a recent report in The Times (February 15) said that criticism of Lady Scotland’s alleged circumvention of procurement rules is the latest in a series of controversies during her leadership.

In 2016 it was revealed that £338,000 had been spent refurbishing her grace and favour home in Mayfair, central London. Then two senior secretarial staff members won substantial payouts from employment tribunals after allegations about Lady Scotland’s conduct.

In a February 12 interview with the BBC’s Radio Four, Alexander Downer, the former Australian High Commissioner to the UK, said: ‘Australia’s decision is driven by concern about the audit and in particular about the quality of the tender rules within the Secretariat over quite some period of time. So, Australia has reduced its funding support subject in the end to the concerns of the audit being rectified and there being an independent conclusion that the audit is being complied with.

To the BBC interviewer’s claim that the Secretariat has implemented the recommendations of the audit review, Downer responded, ‘It won’t make a difference if they say so. What will make a difference is that the auditor, which is KPMG, signs off the claim and that hasn’t happened yet. But there have been substantial breachings of the tender rules over quite some period of time and other concerns about the accounts keeping within the Secretariat. So understandably governments like the Australian government and the British government are worried how taxpayer’s money is being spent in ways which aren’t in accordance with the audit, so they’re withholding their money until they are.’

The present row about the tendering process would not affect the way Commonwealth countries view the organisation but, said Downer, ‘they all want to see a stronger Secretariat’.

As to the future of the baroness, ‘that’s a matter for the heads of government,’ he said.
Commonwealth leaders have agreed that Lady Scotland’s contact be extended by three months. As things stand, she will be secretary-general at the Rwanda CHOGM although Commonwealth sources tell Asian Affairs that it is not inevitable.

Boris Johnson is currently the Commonwealth chair-in-office and, in a leaked letter to Commonwealth leaders, it is claimed that a majority of countries no longer supported giving Lady Scotland an automatic second term and suggested that an alternative candidate be sought to challenge her is she refuses to go. Sources say that Johnson is known to favour Amina Mohamed, a former Kenyan foreign secretary.

The baroness, however, is building a brick wall around herself and has lobbied not only Caribbean countries but also several African states. She claims to have the backing of two thirds of the Commonwealth’s 54 members.
Commonwealth watchers are keeping eyes wide open to see what happens next. Will this ‘club’ based on human rights, free speech, transparency and non-racism be hit by a damaging race row?

An editorial in the Sydney Morning Herald (February 14) wondered whether the Commonwealth was fit for purpose and asked if Australia should withdraw from it.

Meanwhile, an article in The Round Table, the Commonwealth Journal of International Affairs by the Nigerian journalist Kayonde Soyinka, has raised royal as well as Commonwealth eyebrows.

The writer says that Baroness Scotland was Britain’s first choice as secretary-general when matters were decided in Malta in 2015.

‘They [the British Government] desperately wanted Prince Chares to succeed his mother [as head of the Commonwealth]. Had the headship shifted away from the British monarchy, it would have been a blow to the pride of the British government. Therefore, they persuaded the Government of Dominica to act as a surrogate for Britain in nominating Baroness Scotland, a member of the British House of Lords and a former Attorney General of Britain, who had been born in Dominica but left for Britain when she was two years old.’

With these words, Soyinka might have placed a stick of dynamite under the platform where the Commonwealth’s great and good will sit at the next CHOGM in June.

Lobbing a pin-less hand-grenade at those in Britain who say the former imperial power is no longer anything but an ordinary member of the club, Soyinka wrote: ‘In addition to wanting to influence the incoming S-G over the headship of the Commonwealth, the British Government also wanted to retain their influence over the agenda of the Commonwealth, having experienced S-Gs who had asserted the independence of the Secretariat from Whitehall and favouring direction from a broader range of Commonwealth leaders.’