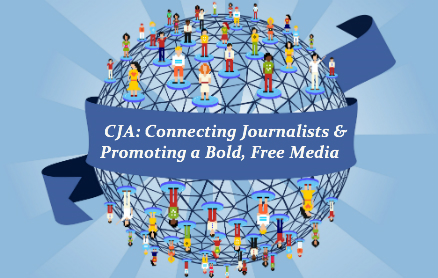 The Commonwealth Journalists Association (CJA) has expressed its deep concern that some Commonwealth countries have responded to the coronavirus pandemic by assuming extraordinary powers which could have the effect of criminalizing the work of journalists.

The Commonwealth is made up of 54 countries and contains about 2.4 billion people. Many are illiterate and reply on radio for current affairs news.

But millions more read newspapers and magazines and in some parts of the Commonwealth journalistic standards are as high as anywhere else in the world.

Sadly, many of them are ruled by tin pot dictators.

A statement issued today (April 20) said that the CJA recognized that in order to respond to the public health emergency it may be necessary for governments to introduce emergency measures which restrict certain freedoms .

But the CJA also reminded Commonwealth governments that those powers should be exercised proportionately, transparently, and only for the temporary purpose of dealing with the emergency.

It said: “The CJA regrets that in some member states, governments have been using emergency and special powers to influence media reporting on the crisis, to restrict media access to sources of information, and to harass or arrest journalists who publish news critical of government. It calls on all Commonwealth governments to give the media fair access to information and to official spokespersons and specialists, and to ensure that emergency powers do not restrict the media’s right to report on matters of public interest.

It described the coronavirus as the most serious global health challenge the world has faced for decades. It said -”Efforts to tackle it must not be allowed to undermine the democratic values which underpin the modern Commonwealth. The CJA calls on member states to work with the media and civil society to ensure that their societies are well informed and that at all times fundamental rights and the rule of law are respected.”

The CJA statement came four days after a hard-hitting report in “The Guardian” written by Priyamvada Gopal, an academic at Cambridge University in England and Salil Tripath, a journalist, human rights campaigner and chair of the Writers in Prison Committee of PEN International.

Writing on April 16 under a heading “Why is India targeting writers during the  coronavirus pandemic “ the two asked why at a time when a lethal virus scorches  its way across continents the Indian Government led by Prime Minister Narenda Modi is “seeking to lock up dissident intellectuals and intimidate journalists?” 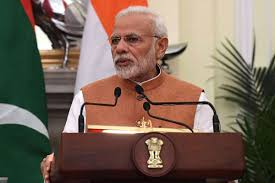 Their report cited the predicaments of three leading Indians, the left-wing human rights campaigner Gautam Naylakha, the academic and Dalit intellectual Professor Anand Telumbde and the well- known journalist Siddharth Varadarajan who is the founder-editor of the Wire.

The report said:”The three men have been accused of outrages ranging from assassination plots to promoting enmity, hatred or ill-will among classes – allegations that have been widely criticized as politically motivated. But their apparent common crime is one that underlies the harassment and intimidation of scores of other journalists, writers, academics and human rights campaigners in India. They have criticised the actions of the hardline Hindu nationalist dispensation that rules India today, as well as the culture of divisive bigotry that it has fostered widely in civil society.”

The writers gave details of the three men mentioned.

No mention was made in the CJA statement today about India or any other country in the Commonwealth.

But informed sources say that members of the troubled Secretariat in London have been told to keep their eyes open on the way India, Pakistan and Bangladesh are handing the health crisis.

The report by Gopal and Tripathi will have angered – maybe infuriated Prime Minister Modi – with these words.

“For a long time now, India has benefited from the title of world’s largest democracy. That grand moniker continues to lull the world into believing constitutional rights and freedoms thrive in that nation, when they are in fact under grave threat.  Although the misuse of state powers to intimidate principled journalists and religious divides to garner votes has occurred under other governments, including those of the current Congress opposition, there is little doubt that the last six years of Modis’ Government have seen an alarming crackdown on campus dissidents as well as journalists and writers.”