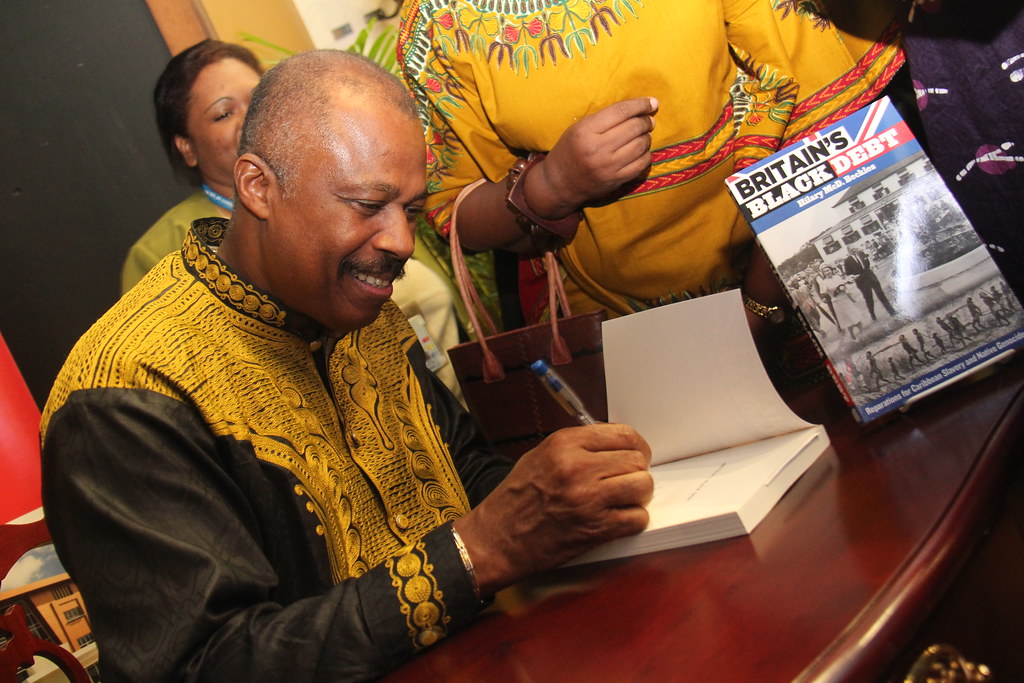 Sir Hilary Beckles signing a book called ‘Britain’s Black Debt.‘ It tells how some of England’s best respected families  sprung from nowhere until they entered the Caribbean and made billions out of buying sugar and slaves and then re-inventing themselves so as to become members of Britain’s  ‘top drawer’  socialites.

Caribbean history repeats itself.  First as tragedy, then as a half- hour interview with Professor Sir Hilary Beckles on the BBC’s (August 2, 2021) ‘Hard Talk’ programme.

And not for the first or the last time, the usefulness of the Queen and her siblings is  being questioned in Caribbean academic and political  circles.

Barbados has already announced its intention to remove Queen Elizabeth as its head of state.

Local leaders want to do this in November to mark the 55th anniversary of the country’s independence from Britain.

“This 394 year journey with the British monarchy has done us harm,” Professor Sir Hilary  said in a half-hour televised interview with  Zeinab Badawi.

Like Janus, he looked forward and backwards to understand the present. 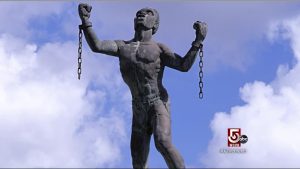 Breaking the chains of slavery in  Barbados  . . .

“Look what happened to the Windrush people. They fought for the British Empire. We kicked the butt of Hitler and his Third Reich. We won the war and then we were invited (in 1948) to Britain to clean up the mess that the British experienced from bombs of the Germans. And at the first opportunity, they  (Commonwealth newcomers to the UK) ) were surrounded by deepening institutional racism that hurt those Caribbean people to the core.”

The historian and vice-chancellor of the Universities of the West Indies is author of a new book called Britain’s Black Debt.

He said that in the face of rampant British racism, people from the Caribbean appealed to the monarch for help and guidance.

King George V1 was on the throne at that time. 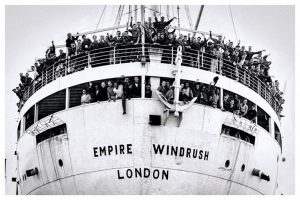 Windrush arrives at Tilbury in England  in 1948

The distinguished academic said that his latest book has a picture of Queen Elizabeth visiting the Bell Sugar Plantation in February 1966. 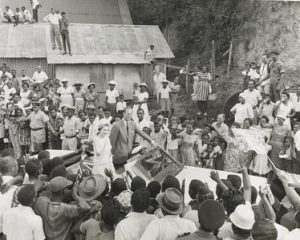 The Queen and Duke of Edinburgh in Barbados in February 1966

Sir Hilary was asked if he’d like to see Barbados leave the Commonwealth. 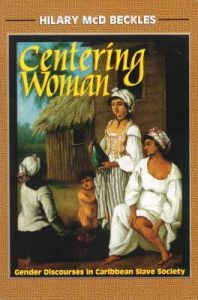 In the Hard Talk interview, Sir Hilary, who is also Chairman of the CARICOM Reparations Commission, said that when white adventurers reached Barbados in the early days of the 17th century it marked the beginning of a relationship between global capitalism and a small island.

Barbados went on to become what he called “the first slave plantation economy in the world.”

“The entire structures we see here, the economic system called plantations, the enslavement of thousands of African people on these islands, the tragic nature of the slave trade, the exploitation of people at the most extreme levels of human history generated tremendous wealth.  Barbados became known as the wealthiest colony in the world because of slavery and sugar and the way in which it plugged into the British economy. The legacy of British enslavement, the exploitation of African peoples on these plantations, the legacies are all around us – all of these structures that made the system work are still with us here today.”

Because of the COVID pandemic the 2020 Commonwealth Heads of Government Meeting (CHOGM) scheduled for Rwanda was postponed.

Considering the problems building-up within the London -based  Commonwealth Secretariat and Jamaican demands for large sums of money from Britain because of the slave trade, there are a lot of people far from unhappy about the last postponement of CHOGM in Paul Kagame’s far from democratic Rwanda.

During an interview that should be studied by anyone with concern about Britain’s role in the Com,onwealth, Sir Hilary said that he grew up in the British school and university system. 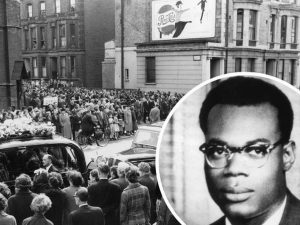 Kelso Cochrane, a carpenter from Antigua (inset) murdered by white youth in North Kensington in 1959

“We were never taught anything about British colonial history or imperialism.  The majority of British people don’t know anything of significance about what they did to other people in other parts of the world in order to secure their enrichment.”

Then, with words that must ring bells in British ears, he said – “What we’re talking about is the un-ravelling of modernity, the crumbling of the structures that supported modernity – white supremacy, racism, colonisation. All of this is breaking down to create a new frontier for the 21st century.”

He spoke about the significant gap between self-knowledge and public- knowledge and how the death of George Floyd converged the two.

“The world saw for themselves what we have been saying all along in our communities. We’re seen it in South Africa during the anti-apartheid struggle. The world did not care much about apartheid until the killing of young people on the streets demonstrating. Then the observations came together.” 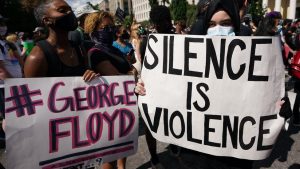 The death of George Floyd woke-up the world

Then they handed that model to the rest of the world.

In 1661, the Barbados Slave Code was authored by the island’s most prominent slave owners. Barbados is where the first experiment in human terror was put in place. The British then spread the slave trade/plantation system to other islands in the Caribbean. 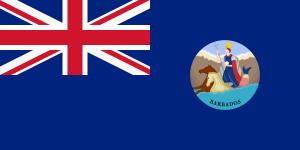 The flag of Barbados before November 1966

Britannia ruling Caribbean waves, with a little help from her white and brown  friends

“The British came here in the 1620’s. The following decade they (the plantation owners) said – ‘All black people on the island and those who are coming here will be classified as non-human. They are going to be classified as property, real estate and chattels.’ That was the first step. The second came in 1661. Britain used this island as a laboratory for the constitutional development of slavery, which said that all African people are of a violent, barbarous nature and should not be governed under the same law as Christians. This is white supremacy. This is the laboratory. From here, it moved across the Caribbean. The United Kingdom government has always said that slavery was not a crime, that slavery was legal and we did nothing wrong, so we’re not going to apologise.”

And –  “It took us all of the 19th century to uproot slavery from the world. It took a hundred years of struggle to end slavery. Then it took about a hundreds to convert freedom into civil rights. If it takes all of the 21st century to have reparatory justice – generation to generation  – the struggle goes on.” 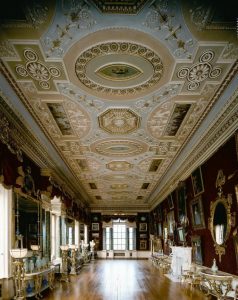 Some of England’s wealthiest families are rooted in the slave trade. This is to name but one of them. The Lascelles.

Harewood House in West Yorkshire was built in the 18th century on the proceeds of slavery.

Henry Lascelles set out for Barbados in 1711.

He made a fortune lending money to plantation owners to grow more sugar and import more slaves. When they failed, he stepped in, took over their plantations and slaves and made a fortune.

In just twenty years he was hailed as one of Britain’s wealthiest men.

The historian David Olusoga had an engaging discussion about all of this with the present owner of that magnificent house whose manicured lawns are sign of wealth and permanence.

David Lascelles told Olusoga that his 17th century ancestor, Henry Lascelles, was “a clever businessman” and a “great entrepreneur.” 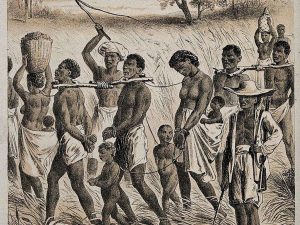 Lascelles, the 8th Earl of Harewood, is a financial journalist who once worked for the Financial Times.

He told Olusoga that Henry was in search of social status and his son, Edwin, built Harewood House and then entered the highest ranks of British society.

The interests of slave owners and the English elite were identical.

No-one blinked if they were asked where all the money came from.

The National Trust (with properties throughout England, Wales and Northern Ireland) identifies 93 of its estates ,about a third of its collection,  having links with Britain’s colonial and slave-holding past.

But by 1850, it was maybe inevitable that “Christian” Britain would lead the way towards the end of a trade that has scarred the face of humanity for such a long time.

Abolition came, thanks to the activities of mainly Protestant evangelicals int he Clapham Sect. 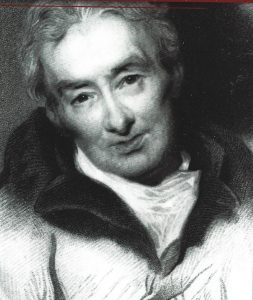 Willian Wilberforce (above)  was one of them and he climbed the  moral mountains to defeat the people who saw blacks as chattels – nothing more, nothing less.

Millionaire plantations owners, with the Bible in one hand and a whip in the other, argued that slaves were their property.  And the rights of those who owned property in Britain were then, as they are now, sacred in the eyes of the law.

In 1833, the British Government found £20 million (in today’s money that would probably be several billion pounds).

Until 1833, the people who owned slaves, or who received payment as shareholders in slave plantations, kept a low profile.

But once they smelt money, they came out of the closet.

The slaves received nothing. The slave owners –  everything.

The man who got the largest chunk of money was the father of William Gladstone. 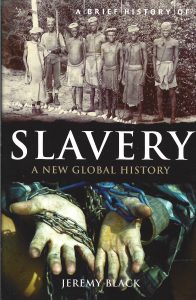 Hundreds of books have been written about slavery. So men like Beckles and Olusoga tend to dismiss those who say – We didn’t know about that. How awful. It must never happen again.

Cotton wool must be removed from the ears of Britain’s royals and ruling Conservative Party, From schoolchildren, college and university students.

During the interview, Sir Hilary drew a clear distinction between a settlement  and reparatory justice.

He said:” The beneficiaries of these crimes, the Western states and their institutions and corporations, ought not to be in a position to determine how we perceive reparatory justice. It is for us – the descendants of the victim class. The oppressor class, the beneficiaries of these crimes against humanity have always preferred a settlement approach. Look what Germany has done in Namibia. That wasn’t reparation. That was a settlement. That has become the model for many European countries. The Americans are ambivalent abut it. You have to say that reparation is a process. It is not an event. Settlement is an event. So, if you can show you have suffered harm, here is a million dollars. Take it and go away.”

The  Jamaican Government plans to ask Britain for billions of pounds for the way its ancestors suffered.

Olivia Grange, Jamaica’s Minister for Sports, Youth, Culture, said recently – ”We are hoping for reparatory justice in all forms that one would expect if they are really to ensure that we get justice from injustice to repair the damage that our ancestors experienced.”

Beckles also scorns huge financial concerns whose CEO’s think that by tossing a few million quid here and there, they can end              centuries of turmoil, the consequences of which are with us today 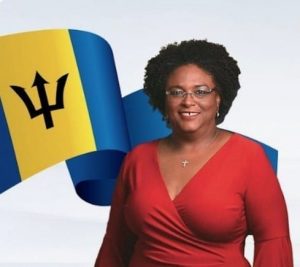 In November 2020 the Prime Minister of Barbados, Mia Mottley (above) said she wants to see a Barbadian as head of state saying – “The time has come to fully leave our colonial past behind.”

A Buckingham Palace  spokesperson said that this was a matter for the government and people of Barbados.