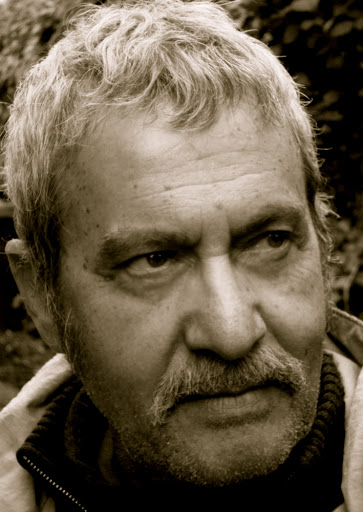 Michael Parenti (above) one of America’s great writers

At the start of Waiting for Yesterday – Pages from a Street Kid’s Life, Michael Parenti says that some of the names in the text have been changed to protect the author.

Joke aside, the only people who cold possibly take exception to this well-written and subtly constructed memoir about the author’s childhood and early manhood in Italian East Harlem in the late 1930s and 1940s are his old establishment enemies –  money-grubbing journalists, stick-in-the-mud politicians, and the wallywankers who run the financial world, not only in America but anywhere else you care to name (including all that once made up Stalin’s USSR and Mao’s China)  – gangsters and banksters Parenti calls them.

Michael Parenti is one of America’s great writers and social commentators. He dedicates this short jewel of a book to his wrong-side-of-the-track ‘’special friends’’ who left the world way back but not entirely.  Here they live again in a book made up of  twelve, well crafted parts which tell us what it was like growing up  in a place that  thousands of Italians called ‘home’ but which a kind reporter from Life magazine called a slum – Italian East Harlem on the eve of the Second World War.

Say hello to the days when most Italian immigrant hearts beat not for America, the first rainbow nation but rather for the villages and folk they’d left behind.

Parent writes: “In their hearts many of the first-generation men and women nursed a sentimental attachment to Italy. As the years wore on, the old country for them became Paradise Lost while the new land often seemed heartless, money-driven and filled with the kind of lures and corruption that distanced children from their parents. They felt little patriotic devotion to America. What kept the great majority of them in the United States were the loaves and fishes, not the stars and stripes. And keep in mind that of the millions who migrated to America, thousands returned to Italy, finding life on the other side more manageable.”

These are vignettes of day-to-day life in Italian Harlem in the late 1930s and early 1940s, small sparkling crystals about experiences understood and so valuable, light through leaves that click and make us more aware.

Meet also Parenti’s family, his siblings, his mother and father and in a brief and deeply touching section called Discovering Italy in America, to one of his grandfathers.

“Living in America,” the author writes,” Grandpa Giuseppe a keenly intelligent man who spoke only a Barese dialect much of his early life, listened to Italian language programs offered in New York including operas. Over the years he expanded his comprehension of the standard Italian language. He taught himself to read Italian by plowing through the leading Italian language daily newspaper in the United States, il Progressio. By the 1940s, after enough years in the new country, he became less a Barese and something of an Italian, rooting for Italy, a nation he began to identify as his very own. So the immigrants who came here did undergo an acculturation process of sorts. While the dominant society thought of turning them into Americans, some provincials like Grandpa Parenti managed to turn themselves into Italians.”

When war came, Italy sided with Germany and so became the enemy of Britain and America although that latter was not yet in the fight.

In 1939, 1,600 Italian aliens were arrested: 250 were interned in military camps for up to two years and 600,000 others were forced to submit to curfews. Parenti tells us that baseball star Joe Di Maggio’s parents were classified as “enemy aliens.”  Some 10,000 Italians were forced to vacate their homes in the restricted area along the west coast. Other Italians living near the coast were not allowed to own short-wave radio or flashlights. The image was a terrifying one, he writes – little Luigi, up in his attic, using his flashlight to flick coded messages to a Japanese submarine, telling it where and how to attack the Golden Gate Bridge.

Michael Parenti is no admirer of dominant societies. There was one back home led by Benito Mussolini, son of a socialist blacksmith and former Communist turned Fascist. He captured the hearts of many American Italians and delighted the wealthy in Europe with his promises to smash not only Communism but also the trade union movement.

Cole Porter waxed lyrical: “You’re the tops, you’re the Mussolini.”  America hummed along. Though Parenti doesn’t mention this, Winston Churchill was a great admirer of Il Duce saying that were he a young man in Italy he’d have joined him.

The Communist sympathizer and poet W.H. Auden – safely in America in 1939 – wrote a poem that told of the dilemma he and others like him faced once Hitler stopped growling and started moving the tanks. Well away from it, he wrote –

I sit in one of the dives

As the clever hopes expire

Of a low dishonest decade.

Low and dishonest for upper class public (in England that means private) school educated young men who’d flirted with the working class for intellectual (often sexual) reasons throughout the 1930s.

Not the case for Parenti and his contemporaries in East Harlem who’d known poverty and felt the need for socialism. They’d smelt the coffee. Even though they didn’t get to drink it.

Yet Auden was honest enough to admit to that  for people like himself who were tourists of the revolution only a cigarette paper divided  their Communism from  their Fascism.

Looking back on what he wrote in the 1930s about the glories of Stalin’s egalitarianism, Auden wrote:”My name on the title page seems a pseudonym for someone else, someone talented but near the border of sanity, which might well, in a year or two, become a Nazi.” (quoted in ‘The Auden Generation – Literature and Politics in England in the 1930s’ by Samuel Hymes, The Bodley Head, 1976)

After growing up in East Harlem, with Porto Ricans on one side of the fence and Afro-Americans (then called Negroes) on the other, he lived poor but proud. Desperate for books, for education and a new way of life, he uprooted himself from his parents’ home while they started a grocery shop and went to live with an aunt and cousin in a middle class part of the Bronx where he stumbled towards a path that led to Yale University. The rest we know.

In a section called Moving Along, worlds collide:

”It was at Brown University in 1955-1957 while studying for my master’s degree, that I first experienced the affluent Nordic Protestant Ivy League world that was so markedly different from blue-collar Italian background. Brown was an education in itself: the creamy upper class faces and crisp self-assured diction, the tastefully understated garb and other implicit distinctions that reflected the moneyed world from which these students came. Consider just their recreational skills: tennis, racquetball skiing, bridge. What goes here? I asked myself. No handball, boxing, stickball or pinochle?”

Well, for starters no Roman Catholic priests telling you what to do and how to think. With the dry wit that underscores so much of what Parenti says and writes, he tells us how the first Protestant preacher he came across gave him a Bible. The pictures were great. But the Catholic ‘father‘ told young Michael to chuck it onto the garbage heap. It was a Protestant Bible. Says Parenti -” Religion does teach people a healthy intolerance – how to hate other religions.”

The picture Michael Parenti paints of East Harlem in the late 1930s is clear and moving. I gulped when I read how some (probably) white WASP wrote in Life magazine that the place was a slum. It might have been a congested neighborhood full of beggar poor Italians but it was also a place where people loved, cooked, ate, laughed, sang, danced and grew up. Slum is an ugly word. Only ugly people use it.

Parenti grew and learned socialism at street pavement level. The slums aren’t the problem he says. The slums are the solution. But a solution for who? Well, for all those who want to dump “low performing “groups and pile them in there. They’re a pain and a burden to “society” so dump them in and close the door. But they get out, don’t they. To bake the bread, to sweep the streets, to drive the lorries. To keep civilization rolling over.

And don’t – not even for a moment – talk about class or class warfare.”In America,” Parenti said on a recent Vancouver radio programme, ”we’re taught to be absolutely blind to class, even when it’s hitting you right in the face we call it something else. We don’t even use the word class. We talk about blue collar, the elderly poor, we have all sorts of descriptive words which are useful but we don’t talk about the working class or the financial class.”

Michael Parenti is famous in America but less well known in Britain. But if you’re a British reader of Cold Type, type in the Google box “Christopher Hitchens and Michael Parent –debates” and you’ll get a taste of the man and his ideas.  Like the Greek poet Cavafy, he stands at an odd angle to the rest of the universe so don’t try and put him in a box or coffin marked, Che, Mao, Stalin or New Labour.

I loved every line and my recommendation is this – Whatever you plan to do next, don’t. Read this book first.